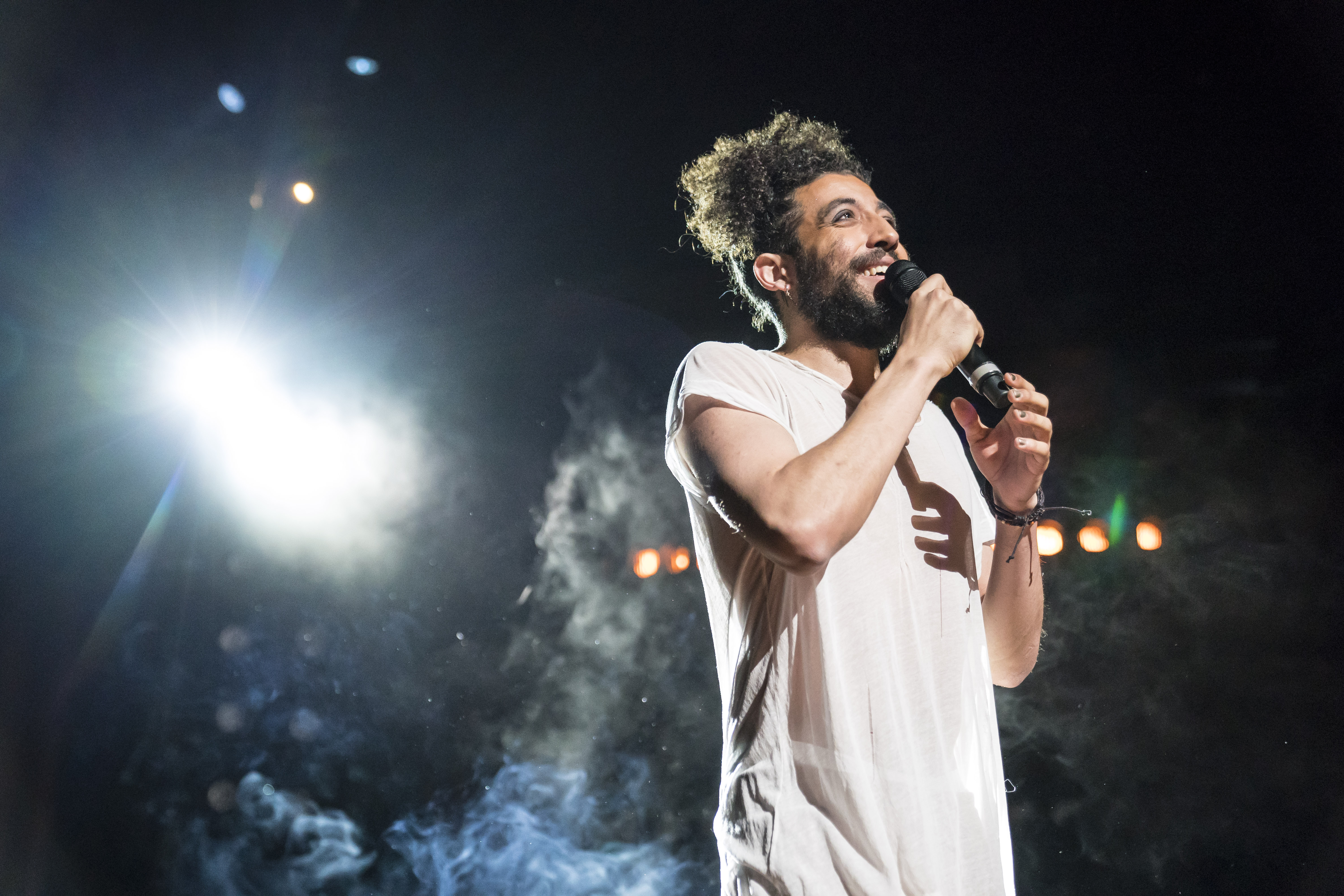 Nearly fifty years ago, a rock musical burst onto the scene about, of all things, the crucifixion of Jesus. There are a thousand reasons why it should not have worked then and even more why it shouldn’t work now. “Jesus Christ Superstar” was as much about the struggle of baby boomers in the seventies as “Hamilton” is about the millennial fight for survival today. As the daughter of boomers, I grew up with this musical as a context for understanding them. We watched productions together in two different countries with varying levels of professionalism. And though they were all beautiful—if you have singers who can hit these notes, it’s hard to go wrong—no production that I had seen managed to break through the generational barrier and provide social commentary on the here-and-now.

At The Lyric, “Jesus Christ Superstar” is not about an unapproachable, perfect deity. It’s about an exhausted thirty-three-year-old who, after becoming a minor celebrity by giving everything he had to a doomed movement, essentially gives up. His friend Judas wants him to go back to basics before their movement gets shut down, focus on solving the social issues: help the poor, help each other, lead with kindness. His friend Simon wants him to lead a violent revolution against the government that’s oppressing them. His friend Mary wishes he would engage in more self-care before his self-destructive tendencies end up killing him (spoiler alert). Everything from his physical movement to his emotional vulnerability is familiar. At The Lyric, Jesus is a millennial.

It’s astonishing the difference this makes. I’ve always been weirdly affectionate toward this script despite feeling that it was dated and occasionally dull. But sitting in The Lyric, with the woman who introduced me to it (my mother), I saw a group of people my age dealing with survival in ways that  my friends and I do. I felt the sensation of irrelevancy I had always associated with this script slip away.

It’s not perfect: originally produced in an outdoor venue in London, there are elements that don’t translate to an indoor space. The lighting is blinding, for one. There were sound issues. The Lyric is an enormous theater and the production only used the space well once, right at the beginning. The scenic design is merely functional and not terribly creative.

But the vocal gymnastics, the singing power of these performers, is not to be missed. As Judas, Ryan Shaw navigates arguably Andrew Lloyd Webber’s most complex vocal part with nothing less than virtuosity. As Mary Magdalene, Jo Lampert soars. Heath Saunders’ Jesus has your heart from his very first note. Michael Cunio roars Pontius Pilate through a nineties grunge lens that is terrifying and weirdly sympathetic. Mykal Kilgore’s Simon Zealotes pops with impossible energy and Shaun Fleming’s Herod is unforgettable.

If you can afford the ticket, it’s worth your time. (Emma Couling)