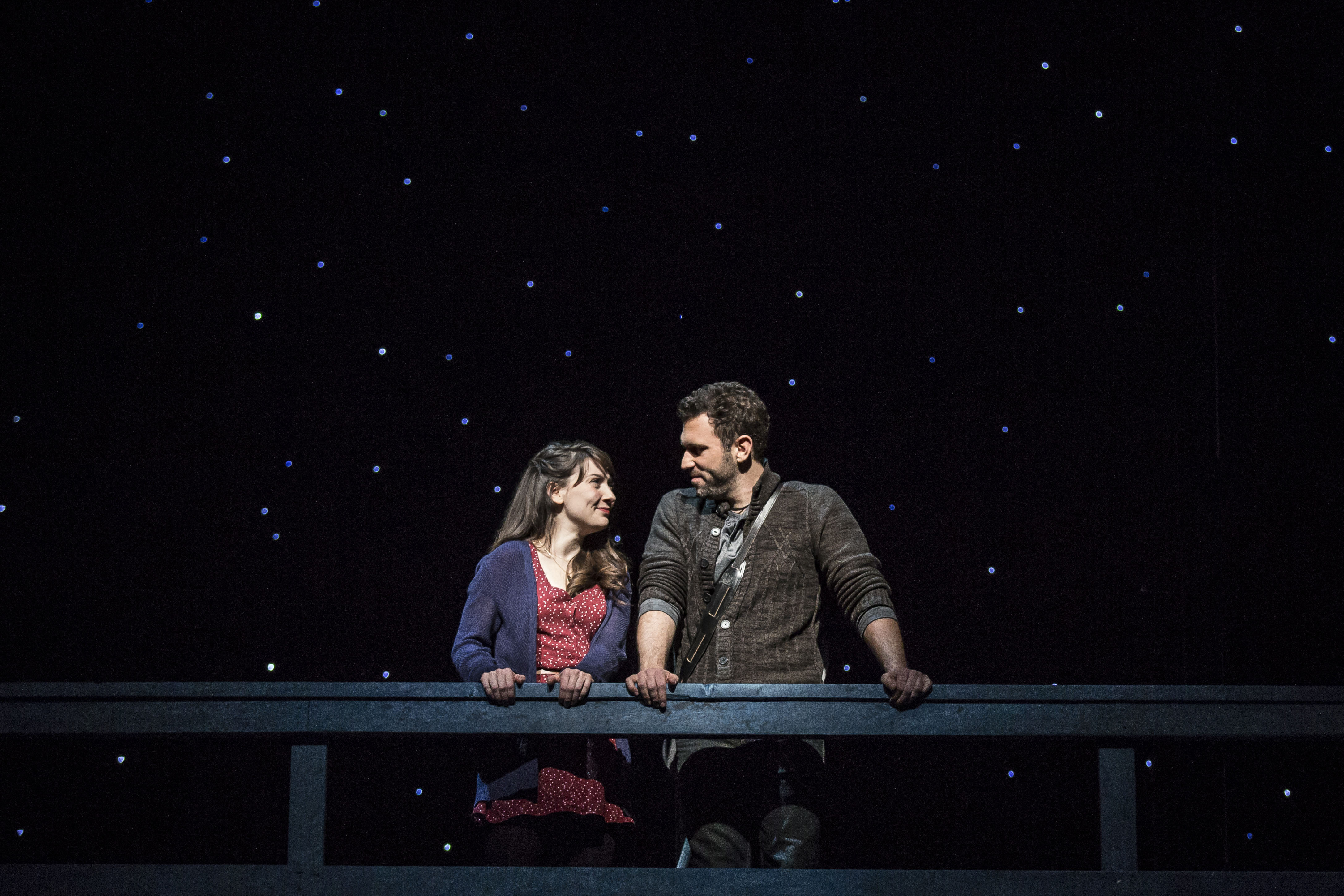 There is a party going on in Aurora. It’s a boisterous musical celebration that begins with an onstage cash bar and then rages on for another two-plus hours. Adapted from the movie of the same name (a sleeper hit that featured the breakout song “Falling Slowly”), “Once” is a soulful exploration of the intersection between love, art and passion. It premiered on Broadway in 2012 before going on to win eight Tony Awards, including Best Musical. The national tour came through Chicago a few years ago, but this is the first region-originating production.

“Once” begins in Dublin with an unnamed artist (referred to only as “Guy”) singing a mournful tale of lost love before putting his guitar down and walking away. He is immediately confronted by “Girl,” a Czech who believes that Guy has given up not just on music but love and maybe even life itself. Fearing that Guy’s raw talent will go to waste, she offers to play him classical music in exchange for him fixing her vacuum cleaner. This inspiration does the trick and soon they are making beautiful music together while, yes, falling slowly in love with one another before eventually coming apart.

It may sound contrived but there are enough eccentric personalities, brilliant ballads, and touching performances to cover for this predictable plot. There are also a lot of moving parts on stage but Paramount artistic director-director Jim Corti keeps the production focused on its chief strength: the music. Helping matters greatly is the talented cast which also doubles as the orchestra, a folksy collaboration of mostly string instruments that punctuate each scene with a rousing interlude. Leading them on stage are Barry DeBois (Guy) and Tiffany Topol (Girl) whose vocal talents perfectly complement one another. Other standout performances include Jon Patrick Penick (for his lighthearted portrayal of Billy) and Alex E. Hardaway as the bank manager who dreams of being an artist. The clever set and lighting design (Jeffrey D. Kmiec and Nick Belley, respectively) also ensure that this is as much a visual as musical fest.

Seeing this show once might not be enough. (Noel Schecter)