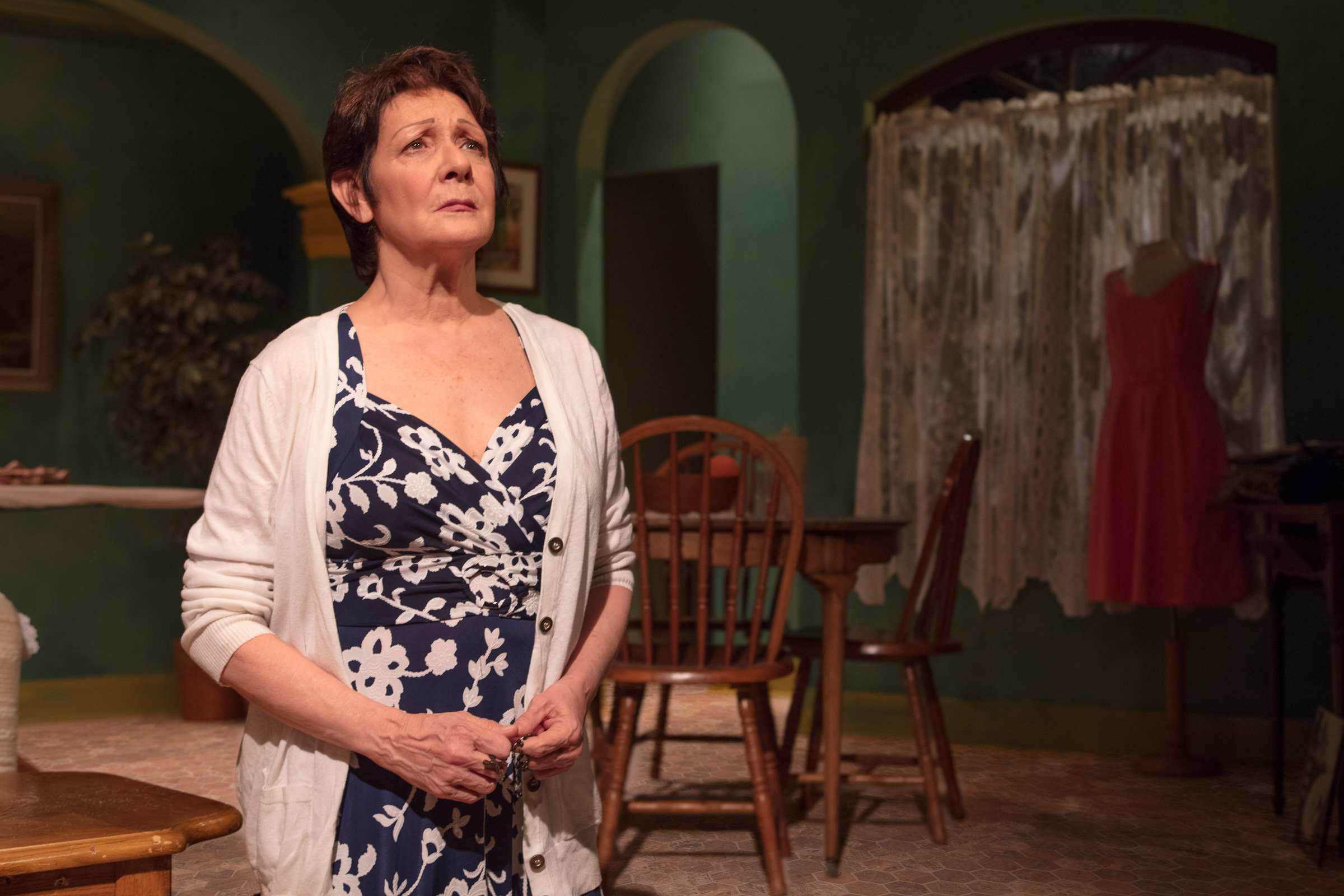 I don’t want to talk about men anymore. The problem I keep running into—and perpetuating as a cis-gendered man myself, the irony not lost but rather folded into the subject at hand—is that men want to be talked about. And if there’s anything that thousands of years of crushing patriarchal dominance has taught the world it’s that men tend to get what they want; no price is ever too high as long as they are not the ones who have to pay it. What we’ve seen recently in politics and pop culture is an iceberg tip of reckoning, a check that toxic masculinity the world over is unable to cash. The collective squirming has been as delightful for some as it has been, in all likelihood, enormously dangerous for others.

Stephanie A. Walker’s “The Madres,” currently receiving its world premiere at Teatro Vista, is—like life in so many places—bracketed by the patriarchy and oppressed by the fragile male ego’s instinctive drive to dominance. Within these confines it contains dimensional portrayals of women responding and reacting to male violation. It also carves, with care and attention, significant time for these women to engage with each other outside of the insistent demands of the patriarchy. Set in Argentina during the late seventies under a nascent anticommunist dictatorial regime (covertly set up and supported by the United States), the play depicts three generations of women and their respective strategies for surviving a state-sponsored purge of anyone resembling a political dissident, a weaponized tag attached with horror-inducing ease to artists and atheists alike as well as women of any vocation.

Josefina (Ivonne Coll of “Jane the Virgin”) keeps a tidy home for herself and her daughter Carolina (Lorena Diaz), who has taken up with the protest group from which the play derives its title, in the hope of locating her own daughter Belén (Ilse Zacharias), who has not been seen in months. Disappearances of these kind are common but Carolina holds a faint hope of seeing Belén again, rooted in a keen observation of the regime’s desire to appear magnanimous even while it is deeply malevolent. With the at-first-reluctant help of Josefina, she engineers a scenario, a honeypot irresistible to that most central of male desires: control.

It is not the first—nor will it be the last—time that the women go to elaborate lengths for the sake of appearing accommodating to men, here efficiently captured by a hypocritical priest (Ramón Camín) and a hypersensitive soldier (Felipe Carrasco), each equally unkempt morally, relying on the repressive propaganda of their respective institutions to guide their actions, which range from pathetically condoning to brutally destructive. Walker demonstrates how the illusion of male superiority is propped up by the constant efforts of women, who have their safety to fear for if men get wind of their attentive handling. And while the firebrand Carolina occasionally breaks with the visage of respectful decorum, she is also the one who will beg and plead to see her daughter again. She knows that this is a man’s world and that the only way to live in it is to play by its fickle rules.

In contrast to the proliferation of male-authored stories with “strong” female characters, who frequently imitate the behaviors of men (less an example of gender liberation than a lack of imagination), “The Madres” is a play about justice, not revenge. And not for lack of agency or opportunity. It is tragic that the Bechdel test is a bar that even has to be set, but nevertheless Walker’s play clears it with ease. “The Madres” does not attempt to present a unified front of womanhood because, simply put, a unified front of womanhood does not exist (just ask Michelle Wolf about Sarah Huckabee Sanders or your conservative aunt about Hillary Clinton). And that is its strength. While revolution is in the air by the play’s conclusion, “The Madres” keeps the conversation about means and methods open, in flux and unsettled.

Somewhat counterintuitively, pregnancy and housework (or more broadly, care) are themes that Walker uses to keep the women in dialog with each other even as the men eagerly attempt to interrupt. “I’m not doing housework. It’s how they enslave us!” cries Carolina early on. Meanwhile, each respective scene begins with Josefina doing some form of housekeeping. As she explains, she may have started out doing these chores for her late-husband but now she does them for herself. For Josefina, there is pride in a well-kept house, even if no one comes to visit because of her daughter’s political activities, a fact she does not let her forget. And while the three women are linked through motherhood, the play does not impose childbirth as the defining characteristic of being a woman. They share the bizarre experience of pregnancy, which is at once deeply private and invasively public, with strangers offering unsolicited advice and nonconsensual physical contact. In this period of Argentine history, as in our current American era and the entire course of human civilization, a woman’s body has never truly been her own.

While the dialog of the first act can be occasionally stilted and some of the performances were similarly wooden as of opening night, “The Madres” is an overwhelmingly welcome work, one of the best of the year thus far. Its wrenching second half puts the talents of its ensemble fully on display as Walker arranges her own elaborate takedown of impotent masculinity. And yet, what matters most here is not the pathetic frailty of a couple of men but the durability of the women. “The Madres” demonstrates that women persevere, excel and conquer despite constant attempts to quell their spirit and impoverish their existence.

If we can move beyond paying lip service to unapologetically brave women or projecting tragedy onto those who have been wronged and actually work to make the lives of women better, which for men means actively engaging with the privileges of our gender, then the possibility of a world in which women are free to be exactly as they please, glimpsed here and elsewhere, can become a reality. It is a future that women the world over, mothers or not, more than deserve. (Kevin Greene)