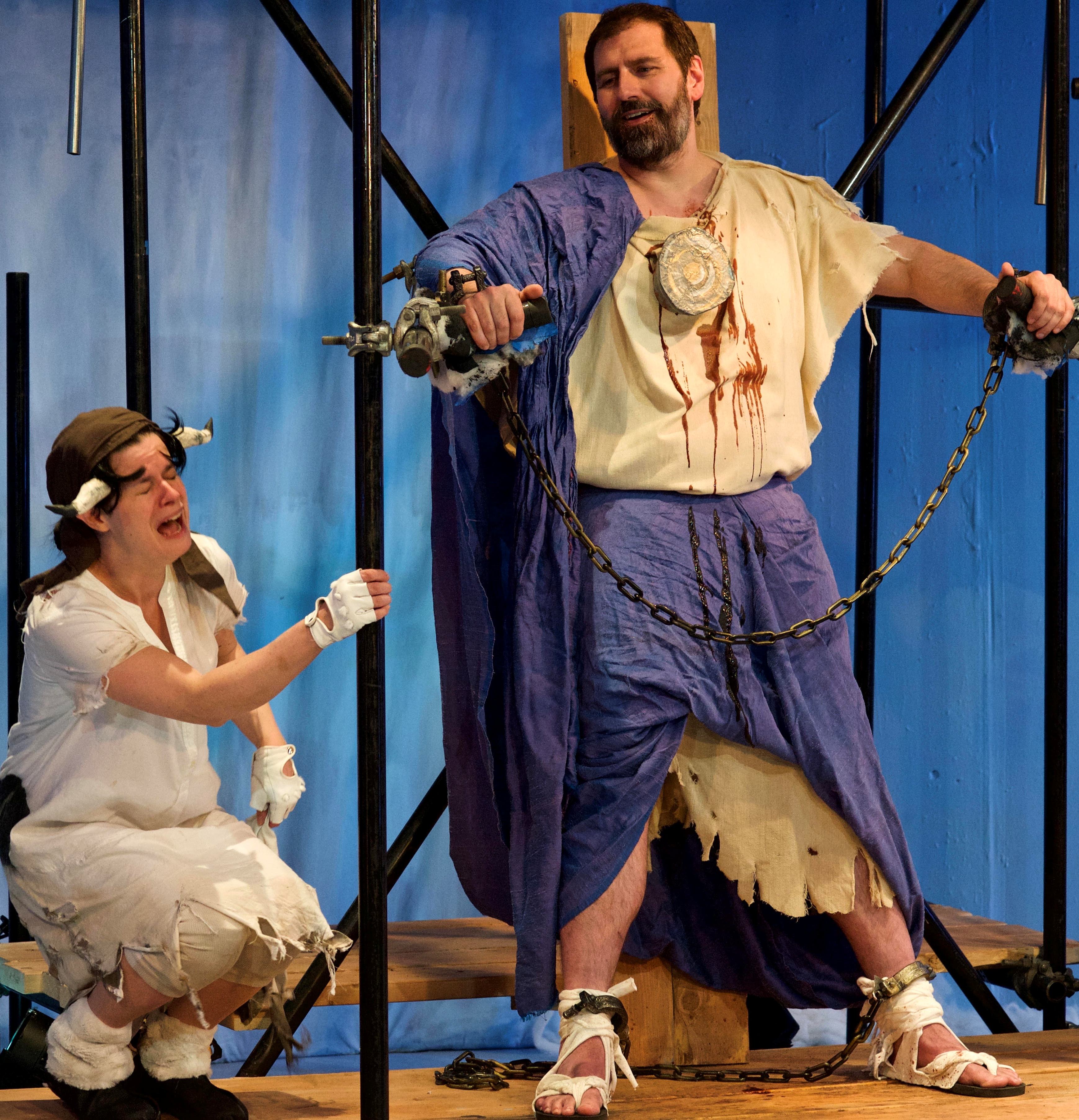 Prometheus is the titan who molded mortals from clay, who stole the fire of the gods for them, and who dared to sweeten their lives with hope. When—goaded by Power and Force—flaming-haired Hephaestus pins him with unbreakable chains and a spike of adamant to the steep rock where Zeus has banished him, Prometheus (Mark Pracht) spits a globule of blood from a mouth that otherwise spends the next eighty-odd minutes preaching and moaning with a smugness that makes this all-too-human god difficult to pity or admire.

His banishment curiously offers us and him no silence, as a steady stream of visitors parades by his distant outpost. But City Lit’s production of Aeschylus’ “Prometheus Bound,” translated by Nicholas Rudall and directed by Terry McCabe, makes few gestures toward realism, instead casting all but Prometheus and the former nymph Io (Kat Evans, regrettably transformed into a bellowing cow plagued by invisible gadflies), as puppets.

Yet despite their contribution to the spectacle, the puppets are less compelling than the voices that animate them, who have the advantage of facial expression. Part of the problem is that the puppets are held facing the audience when they speak to Prometheus, who is immobilized upstage, thus reducing any verisimilitude obtained through relation. Only the impish Hermes, who looks and moves like a flying Pinocchio, manages to come alive.

The chorus singing original compositions by Kingsley Day is tuneful and harmonious though their songs do not do much to advance the story. Io wearing tap shoes but never dancing is inexcusable—about as good as an unshot gun. (Irene Hsiao)