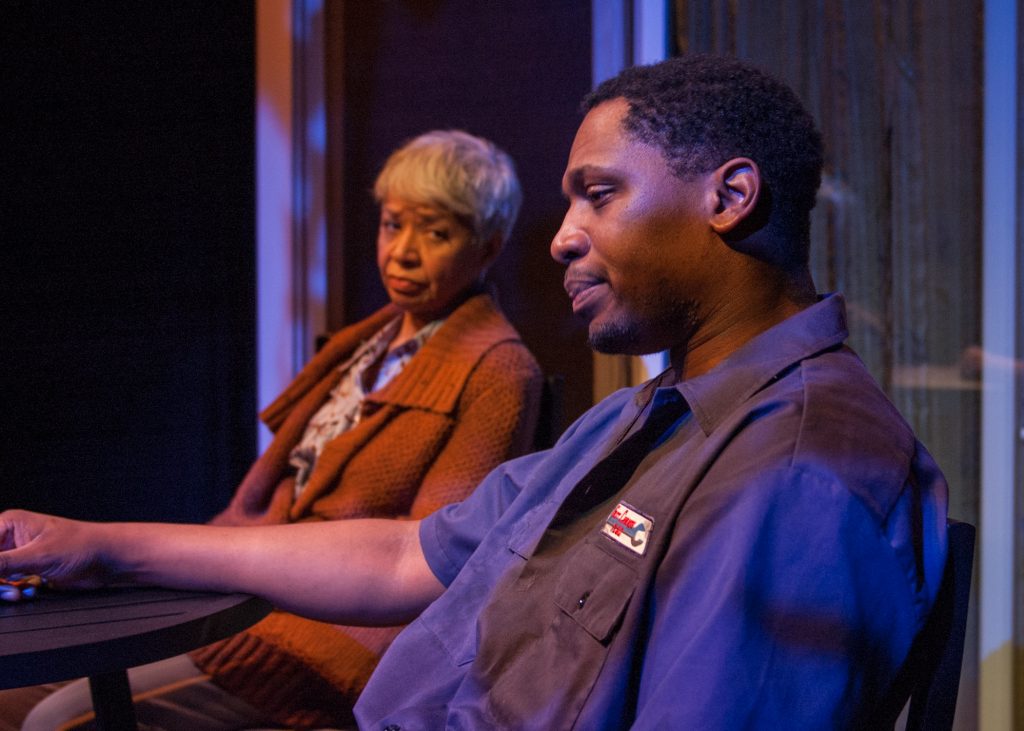 “To Catch a Fish” tells the story of a young man who, after suffering brain damage as a child, is manipulated by the ATF into illegally selling guns and is later arrested and charged for the crime. It’s a compelling story loosely based on the injustices of “Operation Fearless” in Milwaukee in 2012, which came to light in a series from the Milwaukee Journal Sentinel in 2013 by journalists John Diedrich and Raquel Rutledge. The fallout from “Operation Fearless” and the conversation surrounding the ethics of sting operations of this kind is still being assessed. It’s an important story to tell and a vital dialogue to engage, but this script doesn’t land.

The performances are solid, but the dialogue is oddly stilted and disconnected from the community the play represents. It’s a gently paced play, rounding out to two solid hours. Even with that time, there’s so much about the story that doesn’t make it to the stage. So much so that the dramaturgical display in the lobby is integral to understanding the play. I recommend arriving fifteen minutes early so that you can read it all because unless you already have a working knowledge of this case you will need to read it all. Happily, it is one of the most beautiful and helpful dramaturgical displays I’ve ever seen (co-dramaturged by Regina Victor and Tanya Palmer). But it leaves one wondering why that context could not have been incorporated into the script itself.

I left the theater that night feeling as though I’d missed a step on a staircase or rather that I’d watched a play that didn’t have an ending. I spent the majority of my time the next day rereading the articles from the Milwaukee Journal Sentinel and tracking down the episode of “This American Life” about the case. So perhaps therein lies the strength of “To Catch a Fish”: if the goal of this play is to get more people interested, involved and informed about the events of “Operation Fearless” then it succeeds. (Emma Couling)