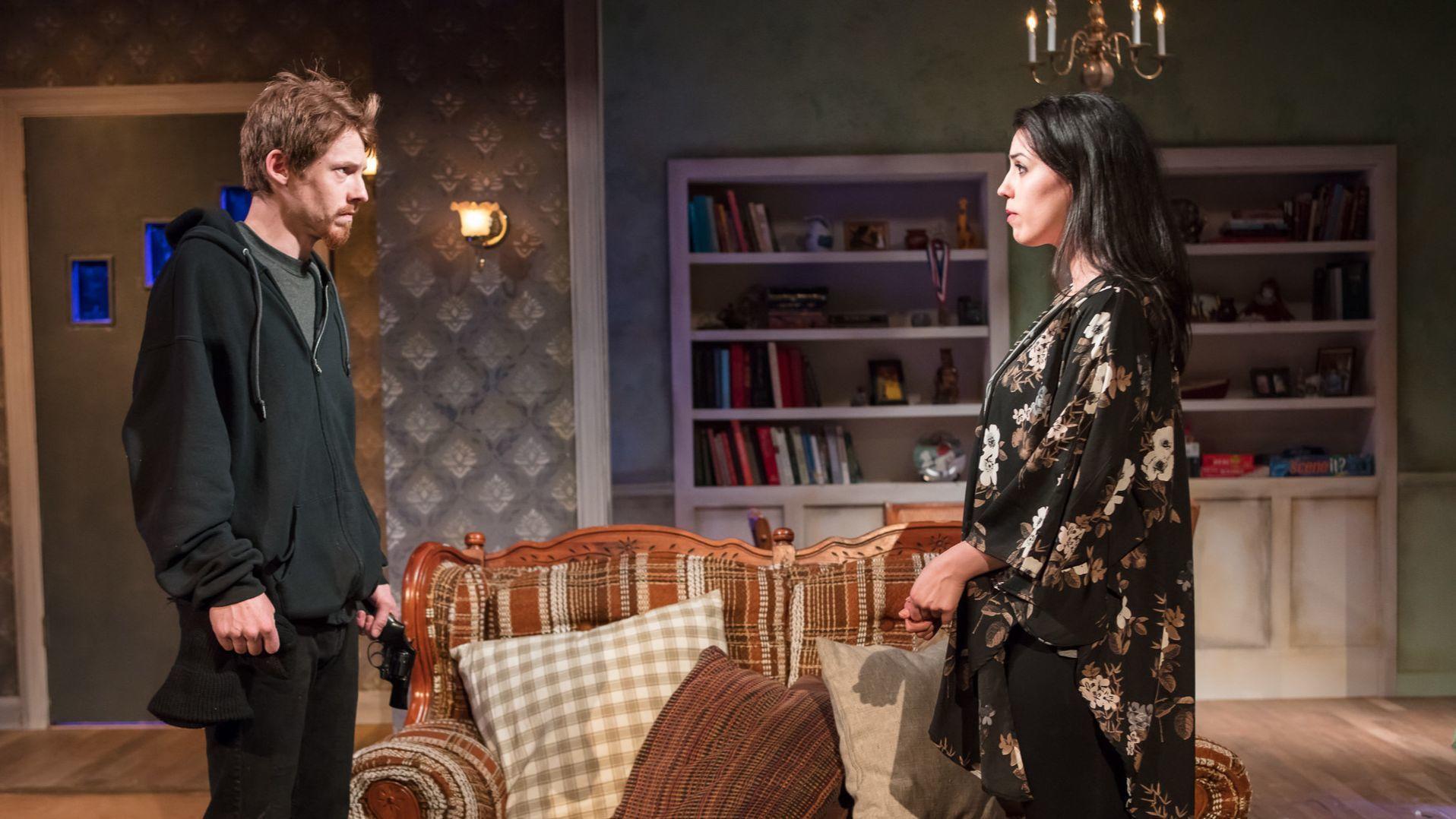 “The Light Fantastic,” Ike Holter’s newest genre play, is the Chicago theater equivalent of a blockbuster film. It features an all-star cast of Paloma Nozicka, Diego Colón, Brianna Buckley, Tommy Malouf, Elena Maria Cohen, Janice O’Neill and Andrew Burden Swanson. It’s brought to you by the creative team (Holter and Jackalope artistic director Gus Menary) that made “Exit Strategy” and “Put Your House In Order.” It has some of the cooler design concepts I’ve seen in Chicago—Steve Labedz’s sound, Slick Jorgensen’s lights and Sotirios Livaditis’ set in particular come together to create a very spooky world—and is packed to the brim with a remarkable balance of laughs and scares. There’s a cold open and projected credits. It’s a blockbuster.

However, it is impossible to summarize without spoilers. So if unfolding the mystery as you watch is important to you, read no further. Just trust me that it’s a fun time and buy your ticket. Here there be spoilers.

I don’t think you’re taking this seriously and spoilers are imminent.

Don’t complain that this got spoiled, you’ve had time to look away.

Deep in the heart of “motherfucking Indiana,” Grace, a former high-school bully and current wastrel, is mooching off her boyfriend, ignoring her mother, and being generally terrible to everyone when she gets shot during a burglary and rescued by an invisible demon.

After a monthlong recovery in the hospital she returns to her boyfriend’s house and begins the complex process of negotiating with a hidden force that she now owes a life debt to. Hidden, that is, until he shows up, in the shape of the thief who shot her.

The thesis of the entire play is laid out in a show-stopping, bring-the-house-down monologue exquisitely delivered by Brianna Buckley who plays the police officer on the case. “The perpetrator and proprietor of this drama so dark,” she says, “an evil so true that his name dare not be spoken…the suspect of which we speak…is a WHITE MAN, MID-TO-LATE TWENTIES AND HE IS THE DEVIL HIMSELF.”

It’s a joyful, hilarious moment, but it’s also where Holter gets real with this piece. The majority of mass shootings, murders, hate crimes, rapes, assaults and harassment in this country are carried out by white men. And even if we took all the white men who are domestic terrorists, murderers, hate-crime perpetrators and rapists, placed them on a rocket and shot that rocket to the moon, white supremacy and patriarchy would still be the two most insidious societal issues on Earth. Why not fight back by poking fun, inciting dialogue, and manifesting these issues as a demon in the shape of white man, mid-to-late twenties, phenomenally performed by Andrew Burden Swanson?

And what better way to bring those demons down than with a diverse group of weed-smoking, fast-talking badasses who are learning to grow and change and survive over time? (Emma Couling)