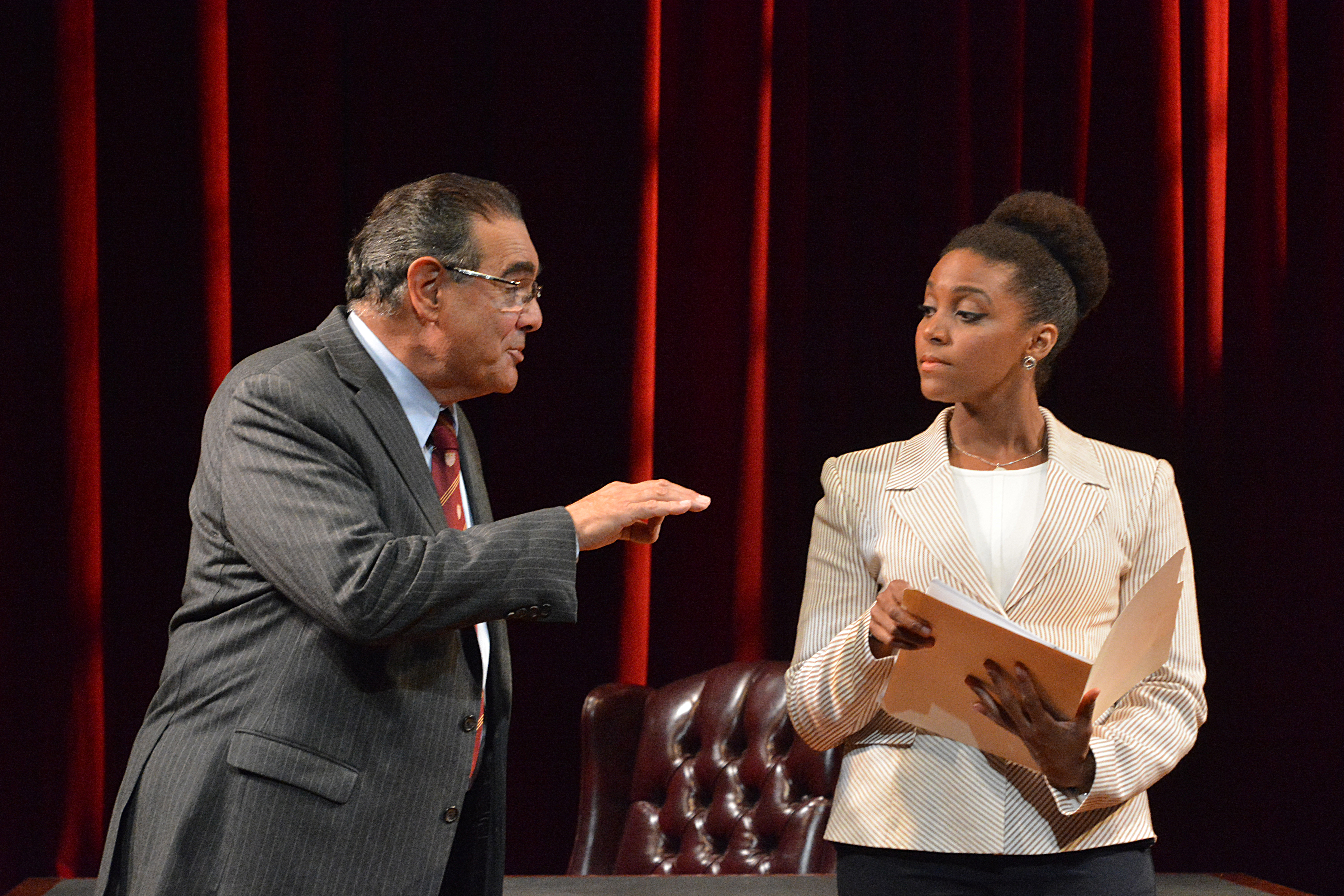 There’s little Americans like more than a legal drama—the upstart v. the establishment, the idealist v. the realist, the new v. the old—may the winner expose our present moral condition through a fistfight sublimated into debate. John Strand’s “The Originalist” pits Antonin Scalia (Edward Gero), the Supreme Court Justice who stood against a woman’s right to choose, affirmative action and gay marriage, against a young, black, female, lesbian, liberal Harvard Law graduate named Cat (Jade Wheeler), whom he, for no reason other than our entertainment, hires to clerk for him. Game on, right?

But “The Originalist” does not deliver the customary satisfaction through exploration of the case, choosing instead to go the even more hackneyed route of reconciling unequal rivals on emotional stakes that never obtain palpable tension. In other words, “The Originalist” attempts to vindicate Scalia’s impact on American law by arguing he was a pretty nice guy.

The play begins with Scalia entering like an opera star, backed with red velvet curtains under a chandelier, to strains of “La Traviata,” introducing himself as an “originalist,” a stickler for the letter of the law. It’s his show and he knows it until Cat, in the role of an everyliberal, interrupts his lecture from the audience with a few pesky questions.

It turns out she’s interviewing with him and, as there are no other candidates presented, he takes her. They spar on several of the expected issues, both literally and symbolically through card games and trips to the shooting range. The play reaches the height of vapidity when Cat surmises about which Shakespeare character Scalia would be (if he wanted to know, there is probably a BuzzFeed quiz for that). But it turns out that Cat’s father is in a coma following a stroke. Scalia steps in to console her and her emotional triumph is supposed to compensate for any judicial ills that may have occurred now or ever. Brett Mack plays Brad, an unimportant side character in the form of a straight white Republican man.