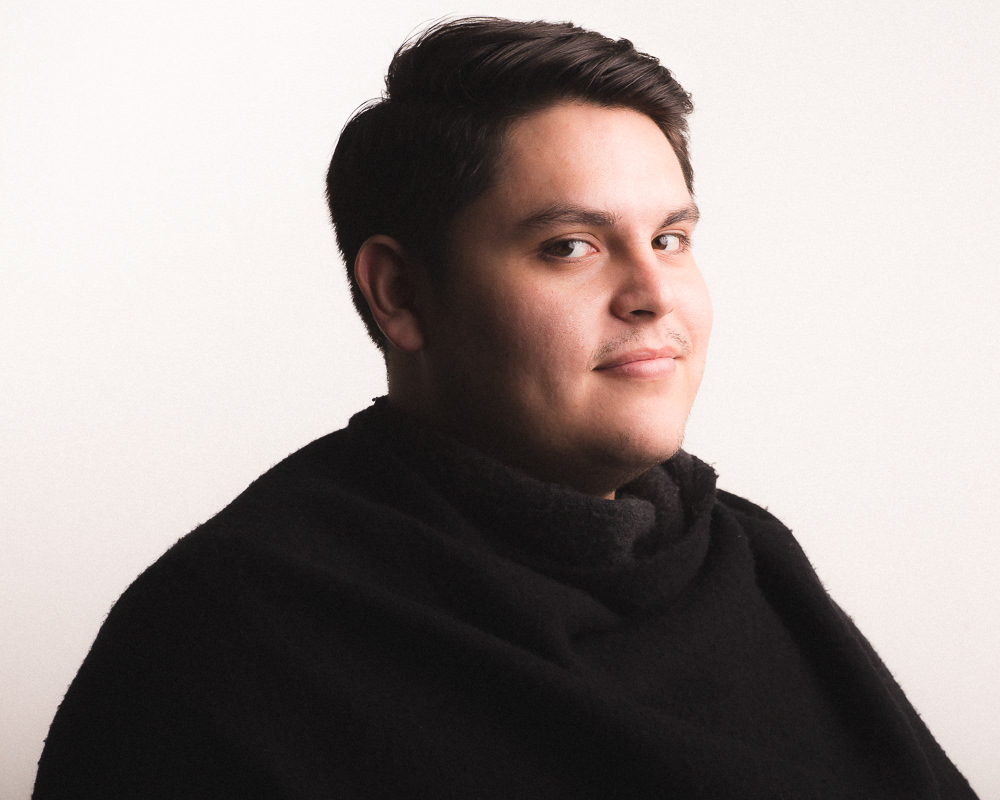 When I first met Isaac Gomez, we were both working in arts administration at Victory Gardens Theater. I was one of the audience services managers and he was the literary manager. Whenever I worked late, I would slip into the theater to watch him moderate post-show discussions. I watched him navigate dialogues about everything from the AIDS crisis in the early nineties to slave rebellions in the seventeenth century and gentrification today. He’d guide the audience toward a better understanding of the text with grace and aplomb.

This is the Isaac Gomez I first met: never wavering from the daily demand of emotional labor from an audience that was constantly challenged by the work Victory Gardens put forward. Exhausted, perhaps, but never wavering. 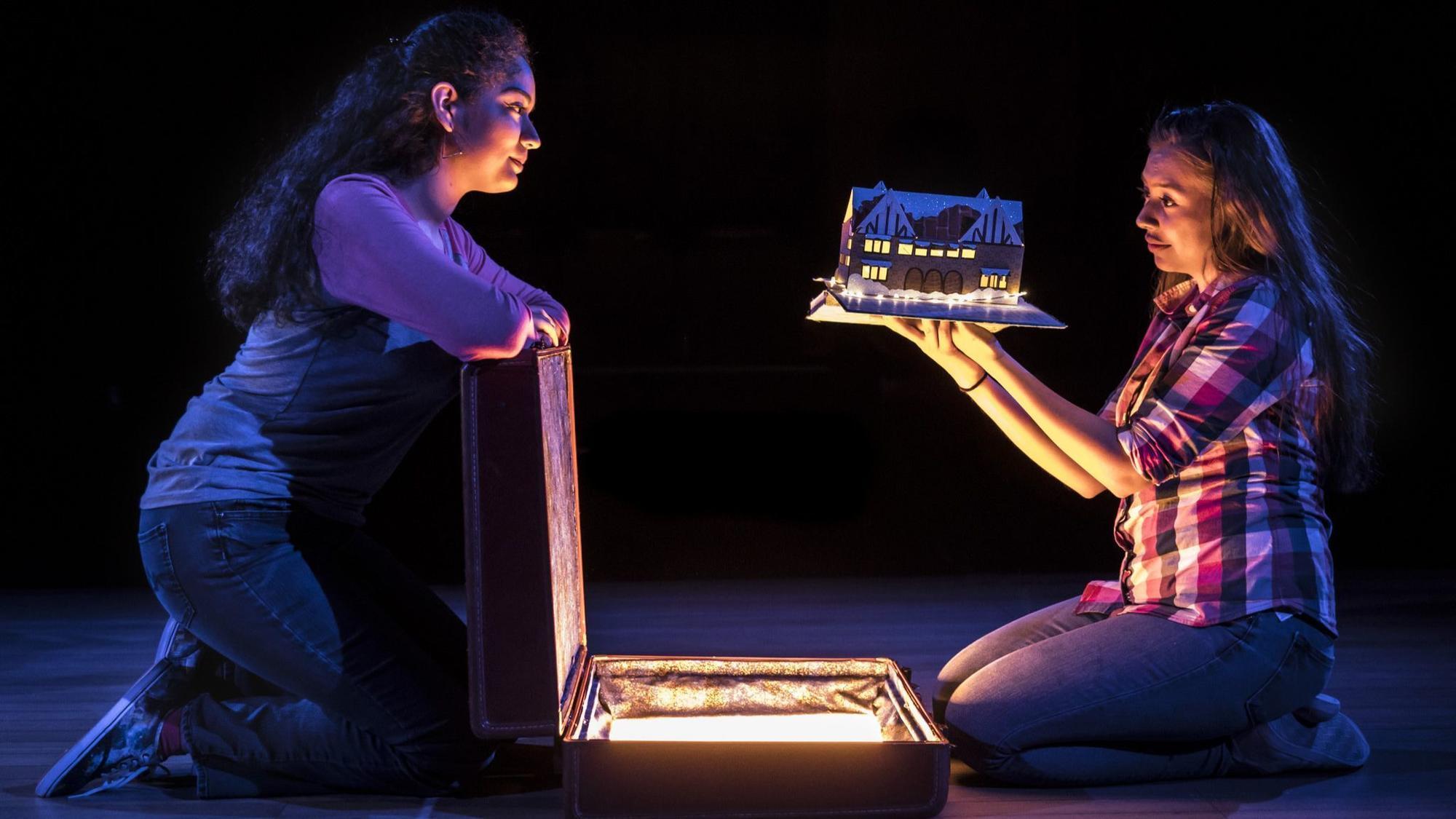 In the years since, we’ve both moved on from arts administration but Gomez is no less fearless. Chicago has come to know him for the incredible young playwright he is. This year will see three of his works on Chicago stages: “The Displaced” at Haven Theatre (beginning this month) and “La Ruta” at Steppenwolf (in December) as well as the recent production of “Ofrenda” at Albany Park Theater Project, a devised work from a script by Gomez.

Gomez came to Chicago from the United States-Mexico border at El Paso and Ciudad Juarez. “I consider myself the son of superheroes.” he says. “They raised four kids in the Lower Valley [in El Paso] and made so many sacrifices so that we could be where we are today.”

His mother (the inspiration and subject of his play “Wally World”) works at Walmart and his father worked in construction, different worlds from the one Gomez thrives in today.

“A lot has happened between now and then,” says Gomez, “mostly at the hands of the universe. I feel pretty strongly that I’m exactly where I’m supposed to be. It’s weird to think about sometimes, because everything says I shouldn’t be here right now. I’m a queer Mexican from the border who is a playwright living and working in Chicago, who also teaches at a prestigious conservatory—without a Master’s degree—when I failed many classes at my own undergraduate institution.”

Like a lot of theater-makers, Gomez started as a young actor.

“When I was in fifth grade, I had this teacher,” he begins. “Her name was Ms. Serna. And we were putting on a play for the other classes based on the book ‘Chrysanthemum.’ I was originally slated to be The Teacher, small part. But one day, the Narrator was having a hard time with the text.  I remember getting up and saying, ‘No, Ryan. This is how you do it.’ The next day, my teacher came back to school with a newspaper clipping for auditions for Missoula Children’s Theater and told me I should audition. So I did and I booked the lead. The same was true of the play the BFA and MFA actors at UTEP (University of Texas at El Paso) were putting up as part of their season, ‘Charlotte’s Web.’ I was cast as Wilbur. [It was] the first time they had an actual eleven-year-old play the part of the iconic pig. I remember getting super-sick during that process. I got gastritis from all the stress and wouldn’t stop throwing up. But it remains one of my most memorable experiences of my life. I remember every month looking for auditions in this newspaper called El Paso Scene where they published all the arts and culture happening in the city. There wasn’t much. But each time I found something, Ms. Serna took me and I booked it. She helped out a lot ’cause my parents were always working and couldn’t always take me to these things. When I was fourteen, she died of cancer. It was the first time I had ever lost someone so close to me. It took a real toll on me, emotionally.”

As he learned about theater through performance, he was writing as well.

“Every day I was writing. But it wasn’t until college that I started taking playwriting seriously. I wasn’t reading [or] seeing a lot of plays that featured people who looked like me and I wanted to change that.”

He came to Chicago with his best friend and long-time collaborator Karen Rodriguez and went straight from the literary internship at Goodman Theatre to the literary manager at Victory Gardens, leaving his mark by cultivating thoughtful conversations and art everywhere he goes.

“I’ve always considered myself someone who can weave his way in and out of institutions pretty easily,” he says, “if only to help dismantle them slowly. To help make them think deeper or harder than they’re usually used to. And the same is true of every theater I work for and with.”

Gomez fights for equity, diversity and inclusion (EDI) at the institutions he works for. But for him it’s bigger than changing the art form.

“I’m a person of color so it’s just embedded in who I am and what I do, everywhere,” he says. “How can we make this a more thoughtful and holistic practice? Who is missing from the table? What points-of-view haven’t been heard? Why? How can we move away from EDI and more toward anti-racism? What does that work look like and how does it differ? How do we share power in our rehearsal rooms? How can we create more room to fail without being afraid of public shaming? Where is there nuance in that conversation?”

Ultimately Gomez chose theater as his mode of creation, revolution and evolution.

“’Why theater?’ is a question I struggle with constantly,” he tells me. “Probably because I feel the pressure to say something poetic/prolific [laughs]. But for real though, it’s hard to put into words. Every now and then when I go see a play, I’ll see something that will completely take my breath away. Or something that hits me so hard in my gut I feel like I want to vomit and poop at the same time. Or something that makes me laugh or cry so hard I’m embarrassed because I feel like I’m the only one. That’s why I do theater. For that feeling. To change someone, if even for just a moment and remind them that they’re alive, that the people around us are alive, that the actors on stage are alive, and we just shared something together. It’s such a breathtaking experience.”

He’s not alone. Theater has the power to evoke change in the hearts and minds of its audiences, to move viewers to the kind of emotional catharsis that can manifest in physiological response. I’ve walked out of a production of one of his plays crying so hard that I couldn’t safely ride my bicycle.

“So many people romanticize writing like it’s this beautiful, romantic thing that people do and it’s poetic and beautiful and amazing,” he says. “Writing isn’t beautiful. It’s painful. It’s traumatic. It feels like an exorcism half the time. Or maybe it’s just me and I’ve been doing it wrong this whole time. But seriously, being a writer wasn’t something I wanted for myself. It was something I couldn’t deny from myself. There’s a key difference between the two. If you can do anything else, go do that instead. I could not. So I write. And it’s one of the only parts of me that make sense to me right now.”