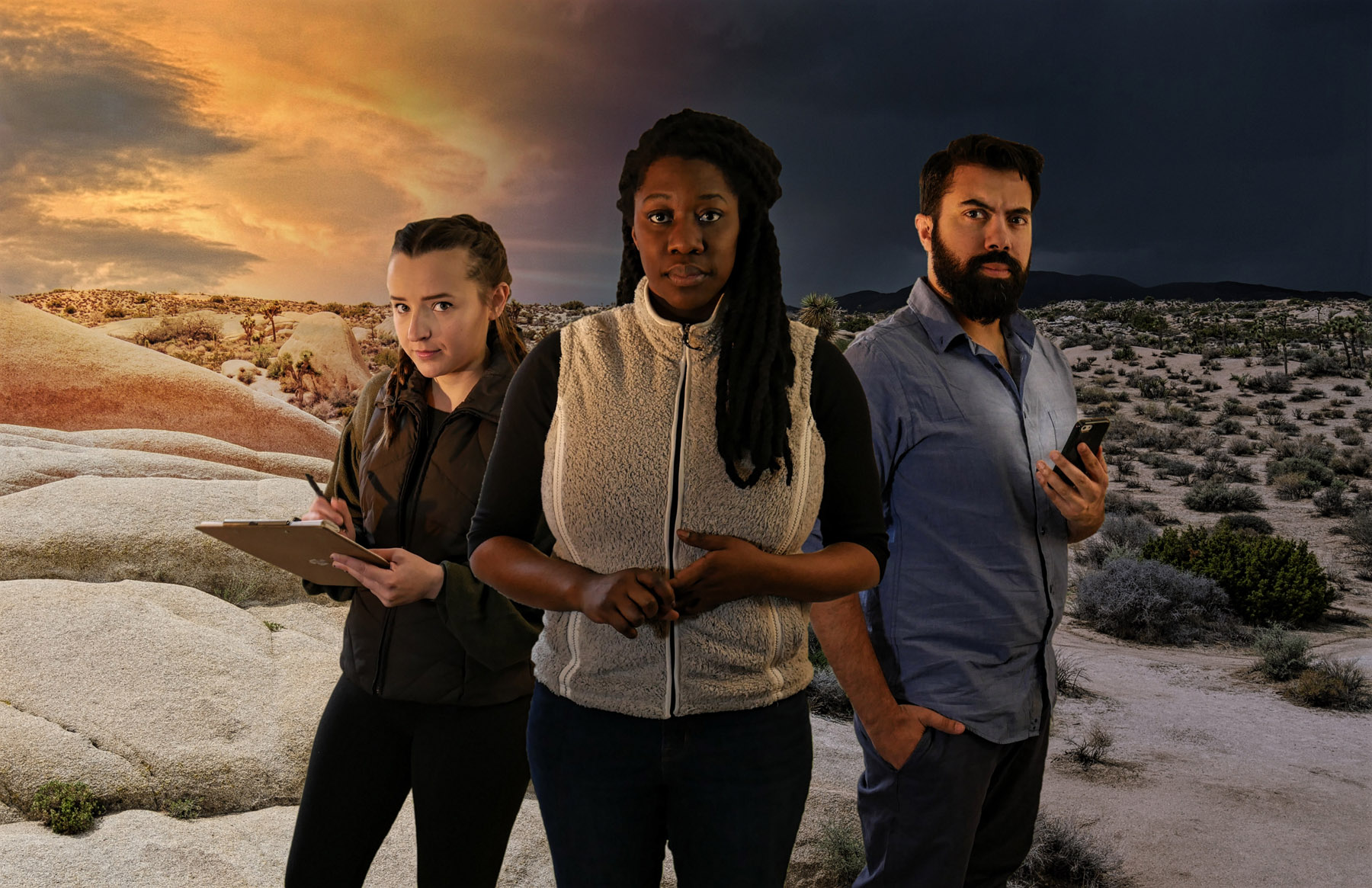 2
The Opportunities of Extinction
(Broken Nose Theatre)
As the world heats up, tensions rise and the political becomes indistinguishable from the environmental, three people find each other in the shadow of the endangered Joshua Tree, wondering how long they have before everything falls apart.
Opens June 4

3
The Displaced
(Haven Theatre)
Isaac Gomez’s new play explores the wake of pain and yearning left behind when gentrification forces people out of their homes and the kind of vengeance that can rise from it.
Opens June 6

4
Hamlet
(The Gift Theatre)
Directed by guest artist Monty Cole, this retelling of Shakespeare’s great tragedy will crack open the mind of one of western drama’s most fascinating and entertaining characters.
Opens June 7