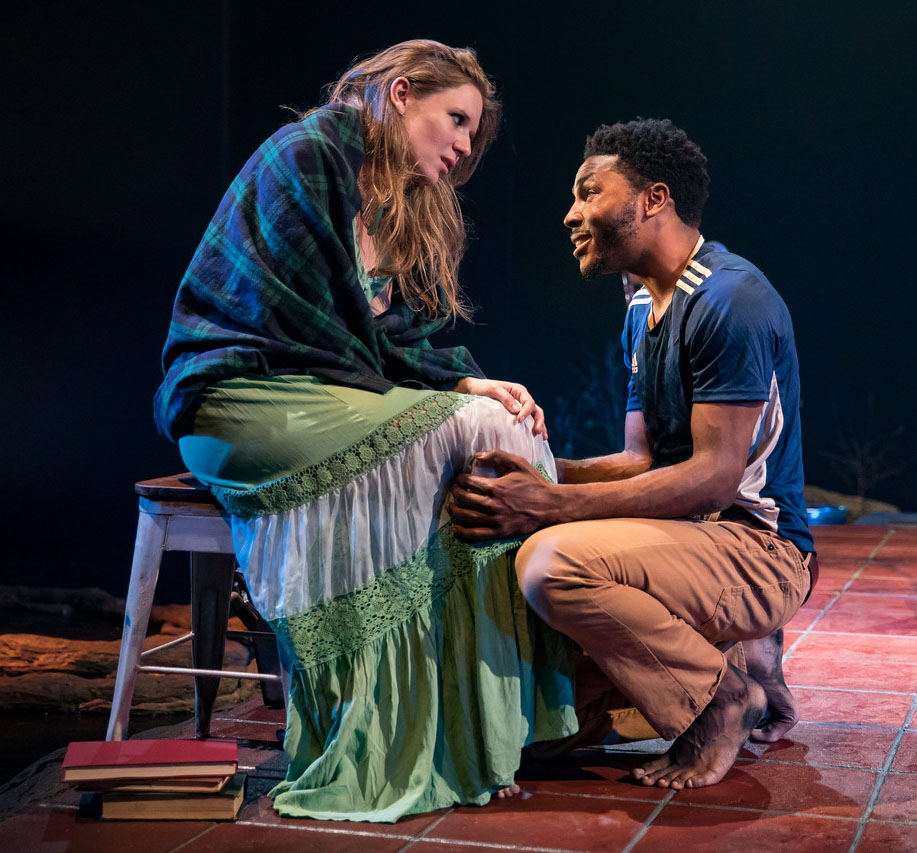 Last week, I participated in a panel at DePaul University on ethical criticism. Of the seven critics in attendance, all but one was white, all but two were freelancers (myself included; yes, even the section editors at Newcity are freelance), all but three were women and there were no transgender or non-binary individuals. It was, in so many respects, an accurate representation of the field. After we introduced ourselves we dove head first into the question at hand: what constitutes ethical criticism?

One of the more seasoned members of the panel responded that he felt it was his responsibility to steer his readers away from works that would make them uncomfortable. He spoke more words after this though I had a hard time moving past that sentiment. With the limited amount of time we had, we were not able to circle back and define what “uncomfortable” meant to him or whether that feeling may actually be a tool of successfully engineering empathy where previously there may have been only curiosity or, yes, abstaining discomfort.

I do not feel like it is my job to steer you toward what will make you comfortable. I would assume that if you wanted to be comfortable, you could stay home. This sometimes not-so-gentle push toward work that is, to my entirely subjective taste, interesting, shouldn’t be confused with masochism on my part or sadism on yours. I just expect that you, reader, are here because you are curious. You may also be a benefactor or a self-anointed patron of the arts. More power to you (literally). But I would hope that your primary reason for leaving your home, braving whatever weather nature’s wheel-of-misfortune has landed on, and forking over your money (be it hard-earned or otherwise) to sit in the dark for anywhere from sixty to three hundred and fifty minutes to watch real people tell stories, would be an innate inquisitiveness. I believe curiosity and comfort are at odds with one another. You may feel differently. Let’s talk about it.

There is nothing about “Mies Julie,” Yaël Farber’s adaptation of August Strindberg’s “Miss Julie,” that I would qualify as “comfortable.” Under Dexter Bullard’s direction, Farber’s play is a harrowing, fingernails-in-your-seat-cushion seventy minutes, paced to perfection. Farber captures the breathless urgency of the original while condensing it into dense, lean muscle. Every word spoken is a step—here a shuffle, there a leap—toward destiny for the two protagonists. The play is a series of hostile acts: sometimes toward each other, more often toward themselves. It is about entitlement and freedom, of bodies and land. To call it a “love story” requires stretching the boundaries of that word to encompass brutality and violence, the fringe of the garden where the shadows of earthly delights lurk. “You loved me or you hated yourself?” Julie (Heather Chrisler) asks John (Jalen Gilbert). “What’s the difference?” he responds. Strap in, folks. This play is going to take you places you may or may not have willfully gone otherwise. But you will emerge transformed.

In her marriage of class to race, Farber moves Strindberg into the twenty-first century. “Mies Julie” stakes the feminism of a white woman against the sexism of a black man, colonizer and against colonized though not always in the relation that you would assume. It is a play of profound transparency: Julie’s equivocating, “All Lives Matter” self-pity and defense of the indefensible actions of her ancestors; John’s self-righteousness abuse of Julie’s autonomy. Both parties are not equally guilty but, in terms of what plays out over the course of an evening and subsequent morning, they both bear a responsibility that neither is equipped to handle. Julie begins with considerable odds against her, in terms of our empathy, as she enters in filthy bare feet, crossing the floor that has only just been cleaned by John’s mother, Christine (Celeste Williams). For his part, John is temperamental and full of longing for the very person who benefits from his entrapment in a racist system of injustice. He also proves to be a surprisingly savvy gaslighter. This play may take place eighteen years after Freedom Day, but it would appear that the idea of being free is no less fraught than it has ever been.

This desert landscape—made unforgettably haunting by the uniformly excellent work of designers Kurt Boetcher (scenic), Diane B. Fairchild (lighting), Stephen Ptacek (sound), Eleanor Kahn (props) and Raquel Adorno (costume)—is fertile with conflict and emotion. Those qualities are brought to distressing culmination through Kristina Fluty’s stunning intimacy and violence choreography, truly the production’s point of no return. There is a thing that happens when our consciousness expands. The data starts coming in different. Familiar signals sound strange. What was blurry now appears in crystal-clear focus. It’s like smelling the living earth for the first time after an endless winter. The catch is that you can never go back again. “Mies Julie” is no exception to this rule. Once you see it (and you should see it, as soon as possible), you will never be able to watch the original the same way again. It is an essential update to a story that sadly bears repeating, a history whose lessons still have not been learned.

Given its themes and content (Victory Gardens would be advised to add “graphic violence” to their website and pre-show materials), “Mies Julie” is a work of significant risk. It has already succeeded in artistic excellence. To prevail financially it will require audiences who are unafraid of conflict and discomfort as well as critics willing to encourage them. I believe this city has both. (Kevin Greene)