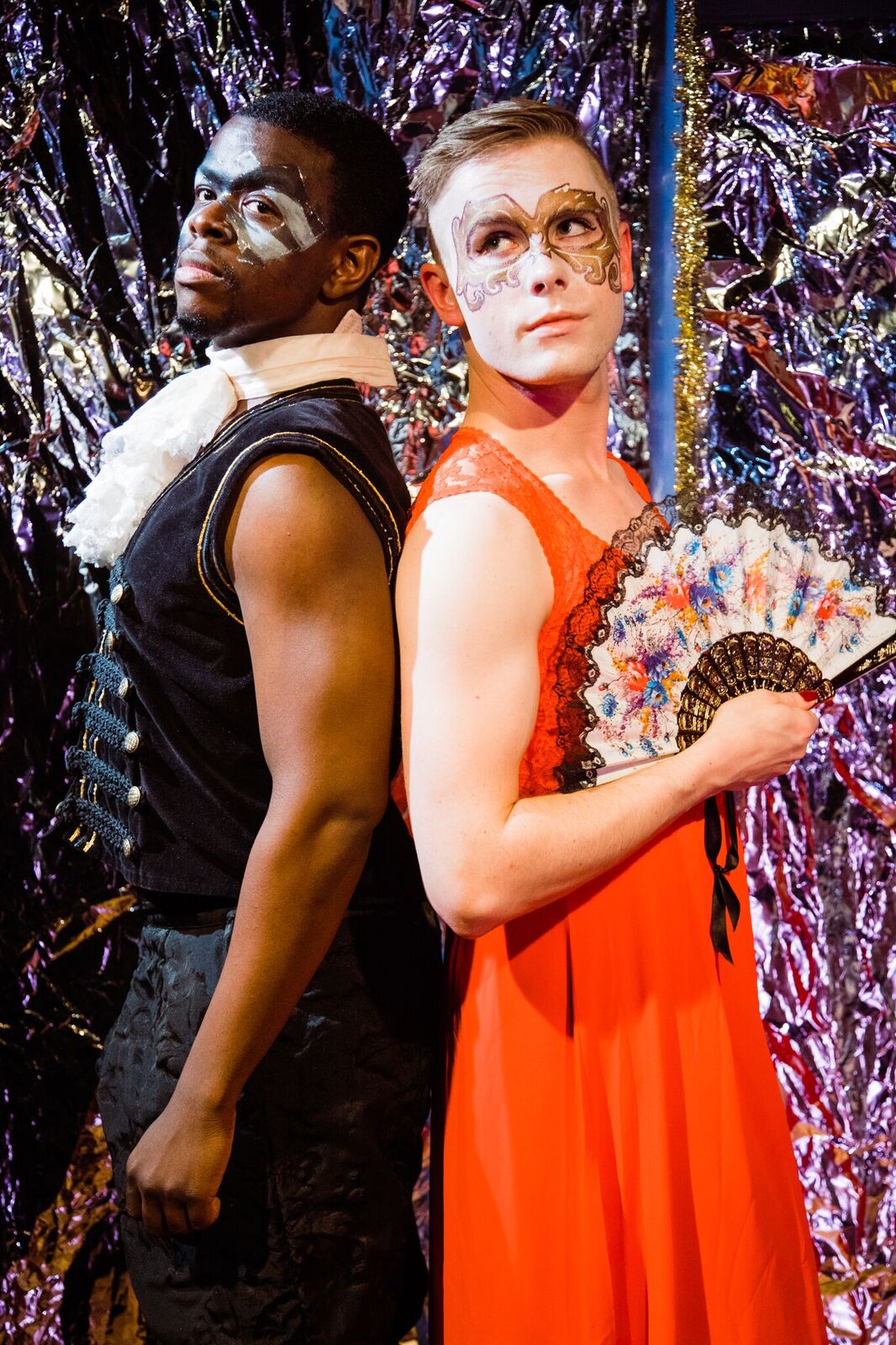 “Monsieur d’Eon is a Woman” is a biodrama of—take a deep breath—Charles-Geneviève-Louis-Auguste-André-Timothée d’Éon de Beaumont, known usually as Chevalier D’Eon. The show is a remarkable break from Trap Door Theatre’s standard repertoire—the audience has to do very little work to watch. The expressionistic psychodrama and evasively thick language of director Nicole Wiesner’s previous work on “Phédre,” for example, is dropped in favor of a political farce with snippy one-liners and goofy covert agencies.

After all, d’Eon (David Lovejoy) ran through the courts of all Europe as a spy and ambassador. Born in France in 1728, d’Eon was assigned female at birth, presented as male, modeled themselves after Joan of Arc, became a famous solider and intellectual, and rubbed elbows with diplomats, Jean-Jacques Rousseau and Benjamin Franklin. Of course, the rumor mill eventually outs their assigned gender and they spend the last thirty or so years of their life treated by society as a woman, performing in fencing tournaments, and dying in relative obscurity and poverty in 1810. What a wild life! “Hamilton” but as farce and with gender intrigue!

The tradition of shutting queer people out seems to be context enough for “Monsieur d’Eon” to ask more about gender’s relationship to society. But Wiesner and playwright Mark Brownell seem less interested in asking questions than telling the story. In fairness, this is entertaining fare. The cast, which includes many Trap Door regulars, handles the farce easily, having worked with far more difficult material, heightening characters and emotion to absurdity through gesture work, flipping fans as a punctuate. Lovejoy is a stable base. Anne Sonneville, Miguel Long and Michael Mejia-Beal are particular standouts though the acting across the board is good.

There is much technically to admire about “d’Eon.” The cast hits the punchlines and moves the moves. But afterward, the air outside the theater was cold and there was no more movement and I was hungry for the questions that went unasked. Sometimes it felt like the farce used its competence to avoid any point. The restriction to gender at the end of d’Eon’s life had no questions attached to it.

“What are you?” Rousseau asks d’Eon.

In that moment, simplicity belies sophistication. So often in this show, though, the converse is true. (Jay Van Ort)