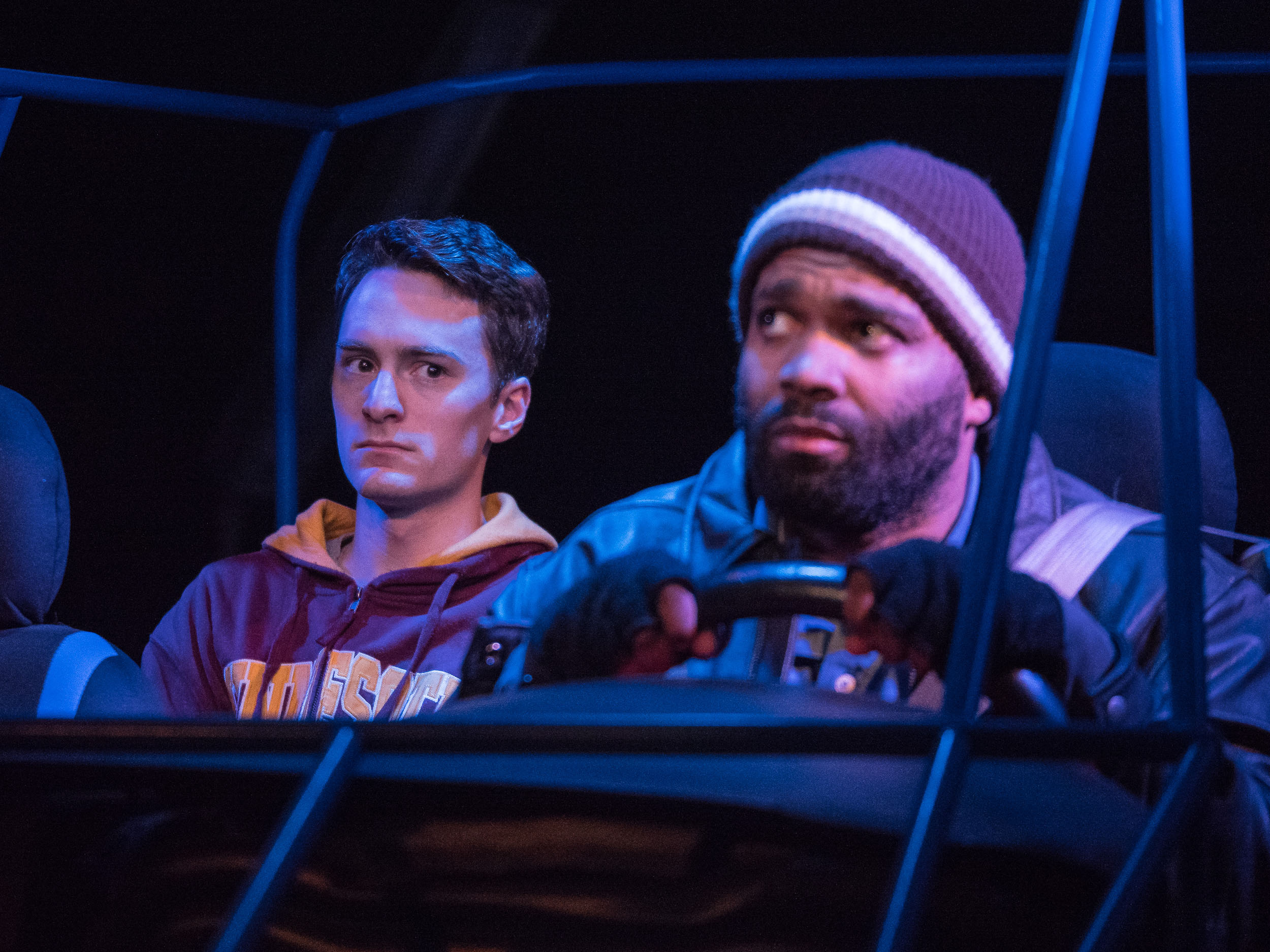 “Damascus,” the heavy-handed world premiere at Strawdog Theatre Company, is something of a puzzle. It’s framed as a “thriller” although it’s anything but. It’s led by two white men (playwright Bennett Fisher and director Cody Estle) and claims to address privilege but barely scratches the surface of whiteness. It’s put on by an established theater company in its thirtieth season, but everything about it feels unfinished, underdeveloped and lacking in artistic truth.

Set on the road between Minneapolis and Chicago, “Damascus” tells the story of Somali-American Hassan who gets carjacked by a white Californian terrorist named Floyd. The script is punctuated by long silences that evoke Annie Baker but don’t function as well and transitions that stop the story completely. It’s a sit-and-talk play. Though the extreme danger of the situation should allow it to overcome most sit-and-talk-play traps (very little action or arc, a propensity for dullness), it goes straight to them like a moth to light.

The artists on the bill are all incredible and established, and it’s hard to imagine what happened in the process of making this play. Is it that no one spoke up about the drops in action or the misrepresentations? Or is it that folks spoke up and were not listened to? How open was the room to collaboration and shared knowledge? Did they seek out some experts to speak to, to help them navigate the more complex issues in the script? Or did they simply barrel along?

As I left the theater I was left with the questions I am frequently left with: Why this play? Why now? If the white artists who led this production want to address white privilege it will take more courage than this. The audience on the night I attended laughed at the racism that came flying out of Floyd’s mouth (to the extent that at one point a woman of color behind me said, “Why is that funny? That’s not funny,” loud enough for us all to hear). If we want to reach those audiences it will take plays that don’t allow the (majority white) audiences of Chicago to blame radicalization on foreign extremist groups and don’t allow them to blame the people of color on stage or in the world. It will take white folks talking about the radicalization of white folks (frequently men) into white supremacy groups, men’s rights activism, Columbiners and incels. (Emma Couling)