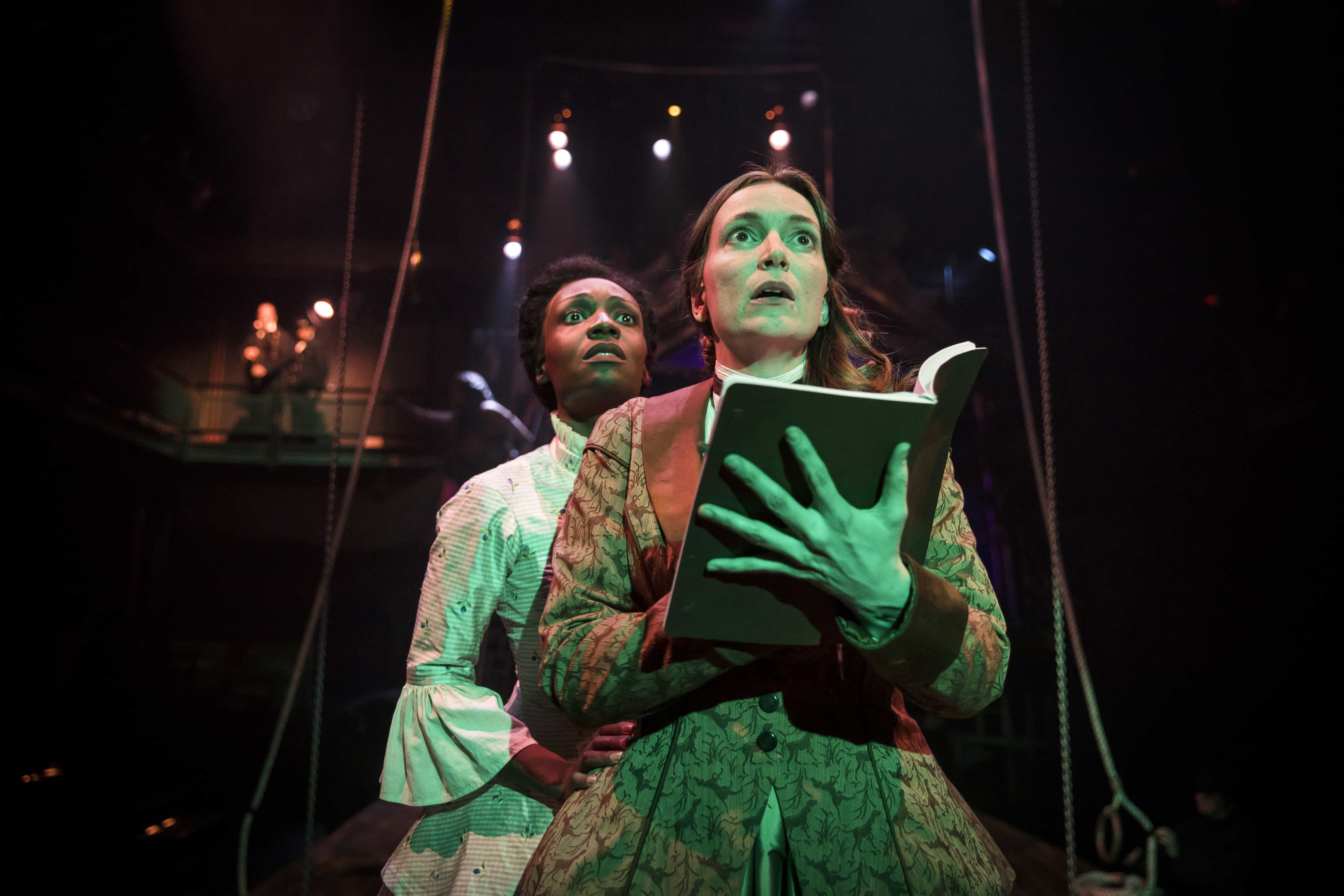 The upcoming 2018-19 theater season seems promising where theatrical adaptations of literary works (or, rather one work in particular) are concerned. In the meantime, Lookingglass offers a tale that would seem well-suited to the dexterous theater company. However, those looking for edge-of-the-seat adventure are sure to be disappointed by this talky version of Jules Verne’s classical science-fiction adventure. Even at the apparently hurtling speed of the Nautilus, this adaptation feels its every league.

Each new seafaring story at Lookingglass has the admittedly unfair but no less distinct disadvantage of not being “Moby Dick.” “20,000 Leagues” harkens more closely to Mary Zimmerman’s adaptation of Robert Louis Stevenson’s “Treasure Island.” Both works reflect the inherent challenges of adapting literary works to the stage, especially when such works are meant to feed the imagination as opposed to simply serve as its limited substitute. To Verne’s already epic vision, adapter-director David Kersnar and Althos Low (multihyphenate artist Steve Pickering’s nom de plume) attach an unnecessary framing device and a Lazy Susan-style narration, all of which leads to a multiplication of explication.

No doubt this show is meant to be a “fun for the whole family” entertainment, the summer equivalent of “A Christmas Carol,” although it is neither all that fun or very entertaining. Not even Lookingglass’ enviable Pandora’s box of tricks (or their non-figurative equivalent: harnesses) can lift this adaptation off its many dusty pages. It is, however, occasionally interesting. In the second half, as we begin to learn more about Captain Nemo’s identity as a former subject of British colonial rule, we gain insight into his moral relativism, why he makes allowances within his otherwise uncompromising belief system for his own problematic behavior. Additionally, rewriting Professor Arronax as a woman nods to the boy’s club of both science and literature, although her gender (and general competence) is used more often as punchline for the tired joke of male ineptitude.

Considering its sweeping vision, at its core “20,000 Leagues” is a basic morality tale: a character appears evil and corrupt only to later disclose a backstory of trauma and offer an eleventh-hour act of self-sacrifice. But does this really redeem Nemo? The text seems to think so, as the closing moments find a group of men pledging their allegiance to the regretful, dying Captain, who they met only hours earlier after he led them on a journey of four years to a metal sarcophagus full of riches they decide not to take despite the Captain’s permission. For all its technical riches, “20,000 Leagues” contains only a few quid’s worth of subtext, a paltry gleaning for the effort and expenditure. Like its oceanic setting, the sheer expanse of the production causes all the treasure therein to be both small by comparison and difficult to locate. (Kevin Greene)