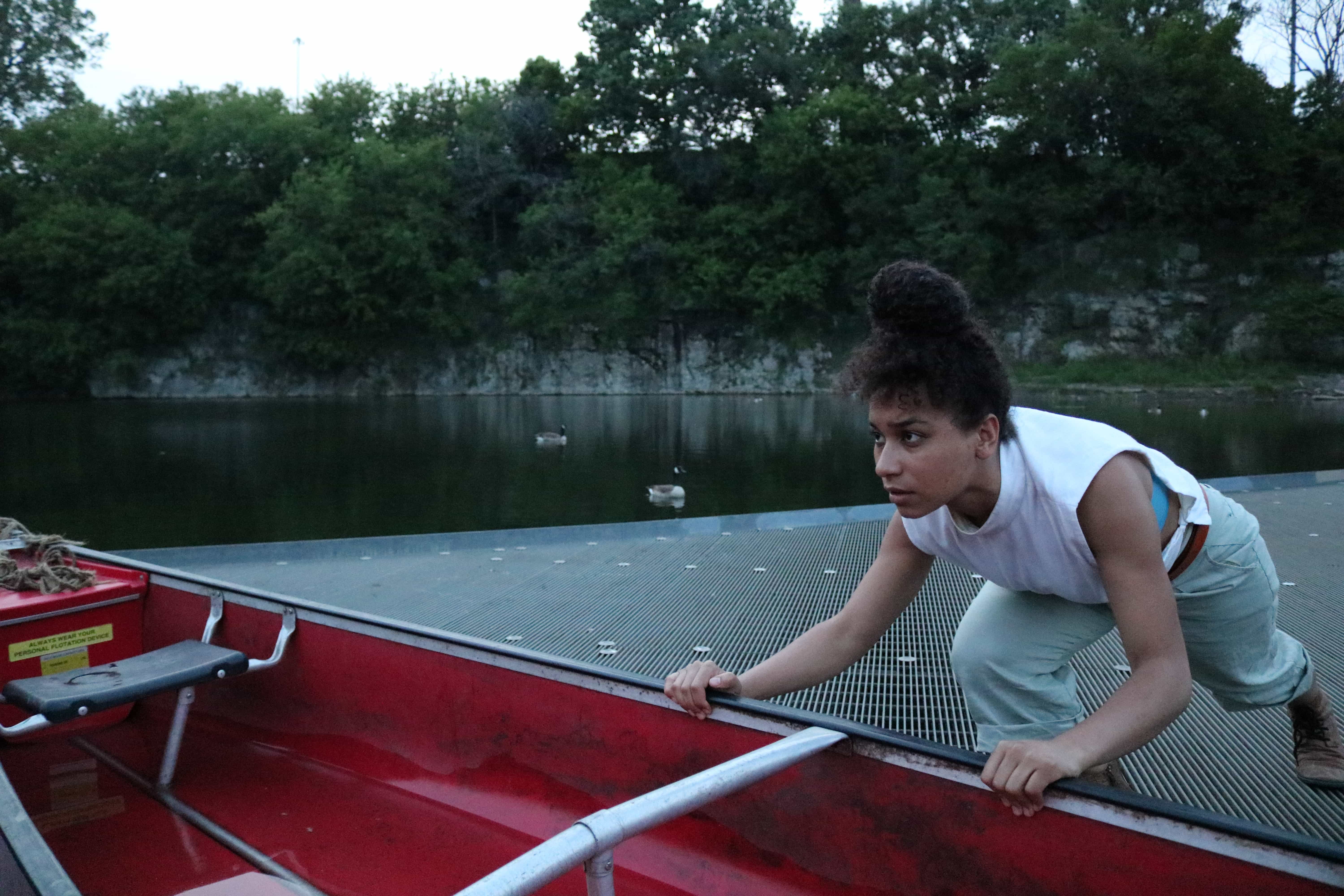 We talk a lot, as critics and artmakers, about theater for change, about the responsibility to make plays that are relevant and forward-thinking, plays that challenge the views of the audience, plays that drive action, plays with purpose. Praise often comes quickest to the work that educates, tackling big, controversial issues head-on. Theater for enjoyment is dismissed as inconsequential.

Produced by Catherine Miller and For Youth Inquiry (the participatory theater company for the Illinois Caucus for Adolescent Health), “This Boat Called My Body” is staged on the water at Palmisano Park in Bridgeport. The piece, with its direct, unapologetic and vital agenda in repealing Parental Notification of Abortion laws, is social justice onstage. And you would be hard-pressed to find a more positive, more powerful, more deeply joyful piece of theater playing right now in this city.

Right from the start, the cast welcomes us in. The play begins its celebration of Chicago by bringing an audience to the former Stearns Quarry—a beautiful backdrop that pushes the limits of what theater can be. Jane, our everywoman (played with authority, heart and nuance by Elena Victoriz Feliz), is working—solitarily, manually, laboriously—to empty a red canoe that sits on the dock. She is sixteen and ambitious, dreaming of a career in medicine and a grown-up apartment where she doesn’t have to close the bathroom door because the whole place is hers. Jane soon learns that she’s pregnant and, as the story goes, her future is in jeopardy.

In the media, abortion shows up in hushed tones, reality glossed over in favor of an ideological proclamation. Directed with specificity and charm by Quenna Lené Barrett and Nik Zaleski and written by Lené Barrett, Zaleski, Christabel Donkor, Danielle Littman, Jessamyn Fitzpatrick and Clair Fuller, this play leans into the minutiae, all the while educating the audience and advocating for self-education.

In no uncertain terms, a patriarchal war is waged on Jane, logistically and emotionally, as doors close and she is continually taunted and victimized. Yet this Jane refuses to be shamed. She refuses to be isolated. This refusal is not revolutionary—the resilience of women is all around us—but in representation it is dangerously scarce. Jane turns to a friend (Vic Wynter) who reminds her of her agency, “Go do your research and make a plan, like always.”

And so, Jane does, learning (as we have) that the antidote to shame and isolation lies in the stories of her community. Here, community is global and transcendent. Community has no walls. Community has no color, no gender, no age, no race, no identity. Community is just compassionate participation. Standing not as one woman but as every person with a uterus who has found the will to stand in her/their power, Jane moves forward, engaging all of us in her pursuit. Our hero, at sixteen, is driven, capable and kind. Jane is an everywoman with intelligence, strength and sense of self as, of course, she should be.

“This Boat Called My Body” proves that art for change and art for joy are not mutually exclusive, that joy and love inspire change. This work has left me newly informed and newly driven, with a heart full of hope. This kind of theater is rare and fully a privilege to experience.

No matter who you are, no matter what kind of plays you think you like, no matter your identity or ideological beliefs, I hope that you will go and participate.