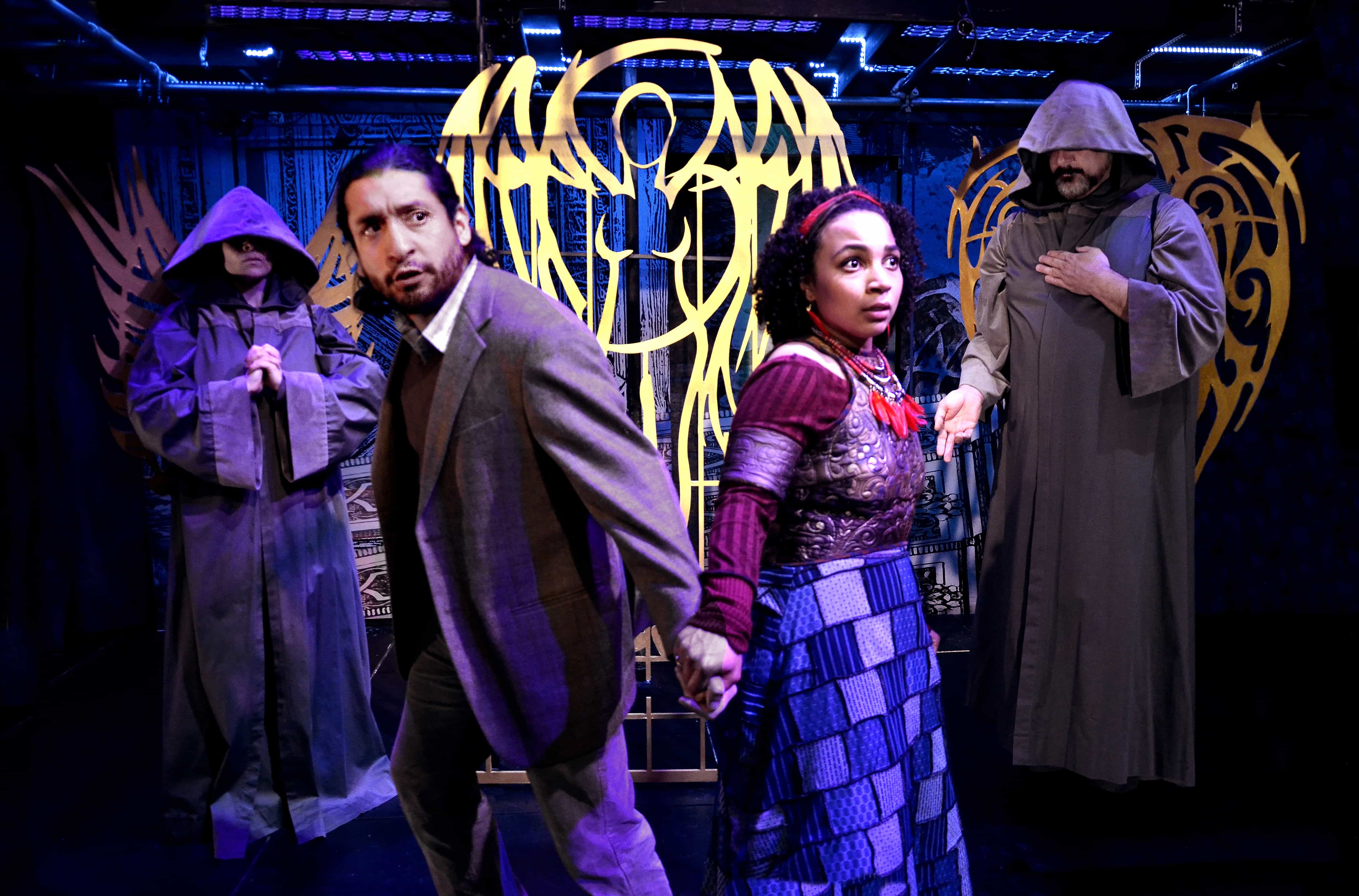 There are few things so radical and joyful in 2018 as a wild adventure story whose heroes are all women and men of color. “Neverwhere” at Lifeline Theatre is a beautiful example. Directed by Pegasus Theatre executive artistic director Ilesa Duncan, “Neverwhere” is a trippy romp into the London underground of Neil Gaiman’s imagination.

After performing a random and fateful act of kindness, Richard Mayhew (Jose Nateras) finds himself in the mystical underground world of his new friend Lady Door (Samantha Newcomb) who can make entrances where none existed before. Accompanied by an ambitious Marquis de Carabas (Matthew Singleton) and an unmitigated badass of a bodyguard named Hunter (a stunning performance by Aneisa Hicks), Door and Richard fight a pair of immortal assassins (brilliantly performed by John Henry Roberts and the consistently hilarious LaQuin Groves) to find the person responsible for the deaths of Door’s family.

As lovely as the production is, the scenic design by Alan Donahue is the real star. A labyrinthine series of scaffolding, pipes, boards, ladders and (of all the brilliant things) a fireman’s pole work in concert with stunning projection design from Michelle Lopez-Rios. Every level, step and pole is used by directors and performers so you never know where to look next.

“Neverwhere” is not the most revolutionary piece of theater in the world, although perhaps watching it will help you remember to be kinder and more thoughtful to people who are less fortunate than you. But it is powerful in its representation and joyful in its fantasy. (Emma Couling)