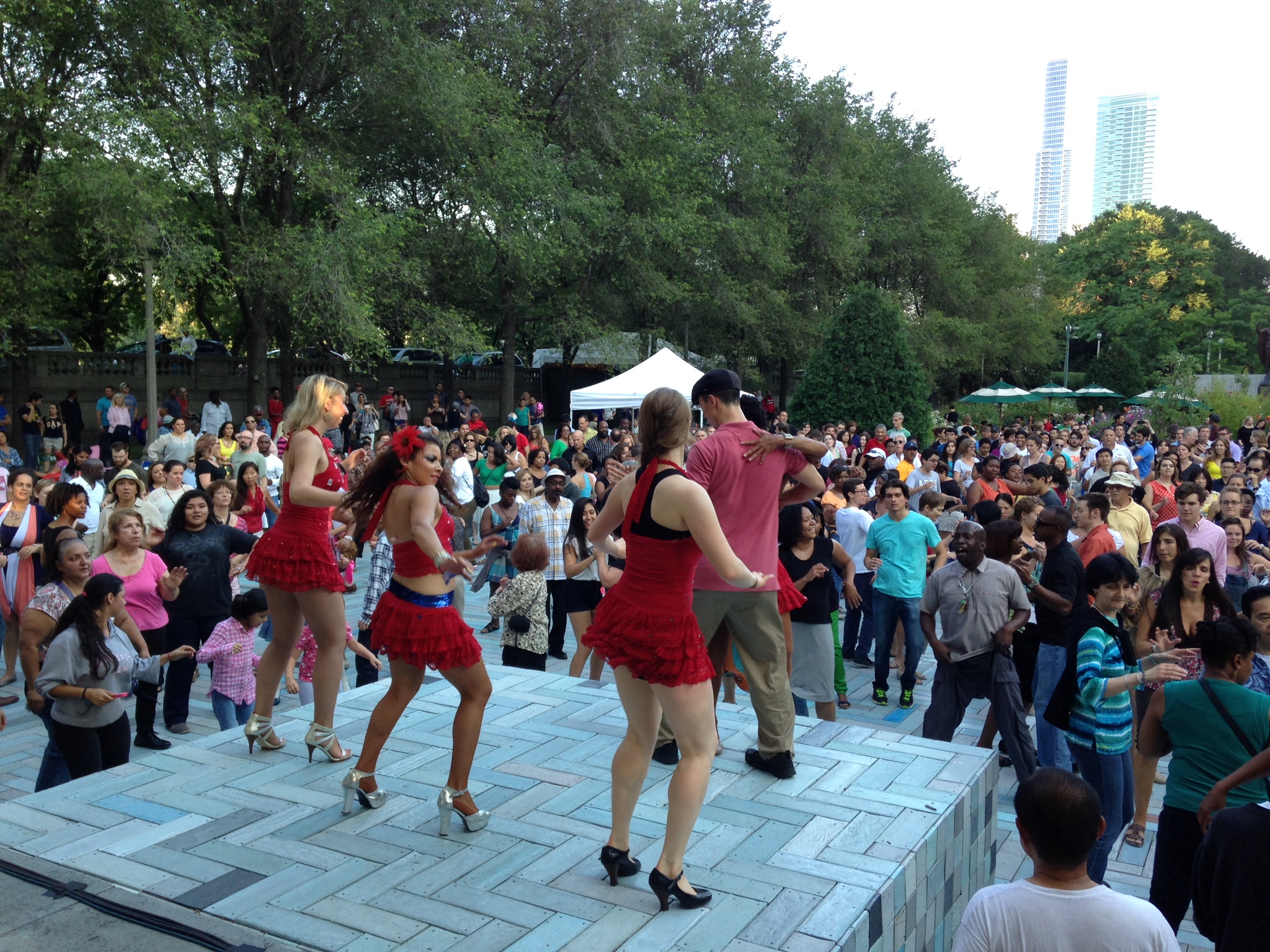 As the dance editor, I’ve been waiting years to write the following words in this publication: I love social dancing. By “social dancing,” I mean the type of dancing where you take a stranger by the hand or shoulder or full-on embrace them and move together to music with some pattern or set of steps or rules to keep you in sync. It is a gentle, humane experience with a type of intimacy that has no comparison. At its best, it can be transcendent, even utopian. I’m willing to bet most of my fellow social dancers feel the same way, though they rarely articulate it. Indeed, the diversion from talking is, at least for initially shy folks like myself, part of the charm of social dancing; the main, and remarkably articulate, mode of conversation is movement. Sure, participants might introduce themselves at the beginning or end of a dance, but not necessarily. They might strike up small talk between songs and, over time, become friends or lovers or spouses or exes. Or they might discover that the only thing they have in common is a shared love of spinning and sliding around to music… and that’s enough for a wordless relationship of mutual respect and shared joy to exist in three- to five-minute increments on the dance floor. Expectations about age, race, background, and in a few, but not nearly enough dance traditions, gender, fall away, and the delight of being in a body, moving in time with other bodies, lights up parts of the brain that lay dormant in front of screens or perched atop barstools.

Don’t believe me? You can put it to the test. Chicago summer heralds the opening of SummerDance: an opportunity for yourself to try out dancing with hundreds of strangers many days a week, outdoors, to live music and free of charge. The twenty-plus-year SummerDance festival is a longstanding gem of Department of Cultural Affairs and Special Events (DCASE) programming: each week from June 28 to August 25, throngs will gather on and around a 4,900-square-foot permanent dance floor in the Spirit of Music Garden in Grant Park for a one-hour dance lesson, then practice their moves to bands and DJs as the sun sets. The series overlaps with the Park District’s Night Out in the Parks events, which host Wednesday evening SummerDances at neighborhood parks. SummerDance is the apex of the utopian scene described above: each event draws anywhere from hundreds to a few thousand attendees from all parts of the city and beyond, most ready to enter the social compact of dancing: grab a partner of any age or background and try to step in time together. The spectacle of South Siders, North Siders, West Siders and suburbanites joining hands to salsa or square dance is an inspiring sight. Rows of lawn chairs around the dance floor fill with folks who come for the music or just to sit, enjoy the weather, picnic and watch. “I hear from patrons that it’s a great people-watching experience,” Carlos Tortolero, program manager of SummerDance tells me. “Even if you’re not a dancer or a music enthusiast, people like the energy and the diversity on display. You see things that are sort of shocking at first—they shouldn’t be and you wish they weren’t—but you see class divisions break down, you see folks dance together that you would think would be unusual, but at SummerDance it’s the norm. The dance etiquette exhibited, the amount of respect displayed in just asking someone to dance—I think those values that are reinforced by the program speak to people.” 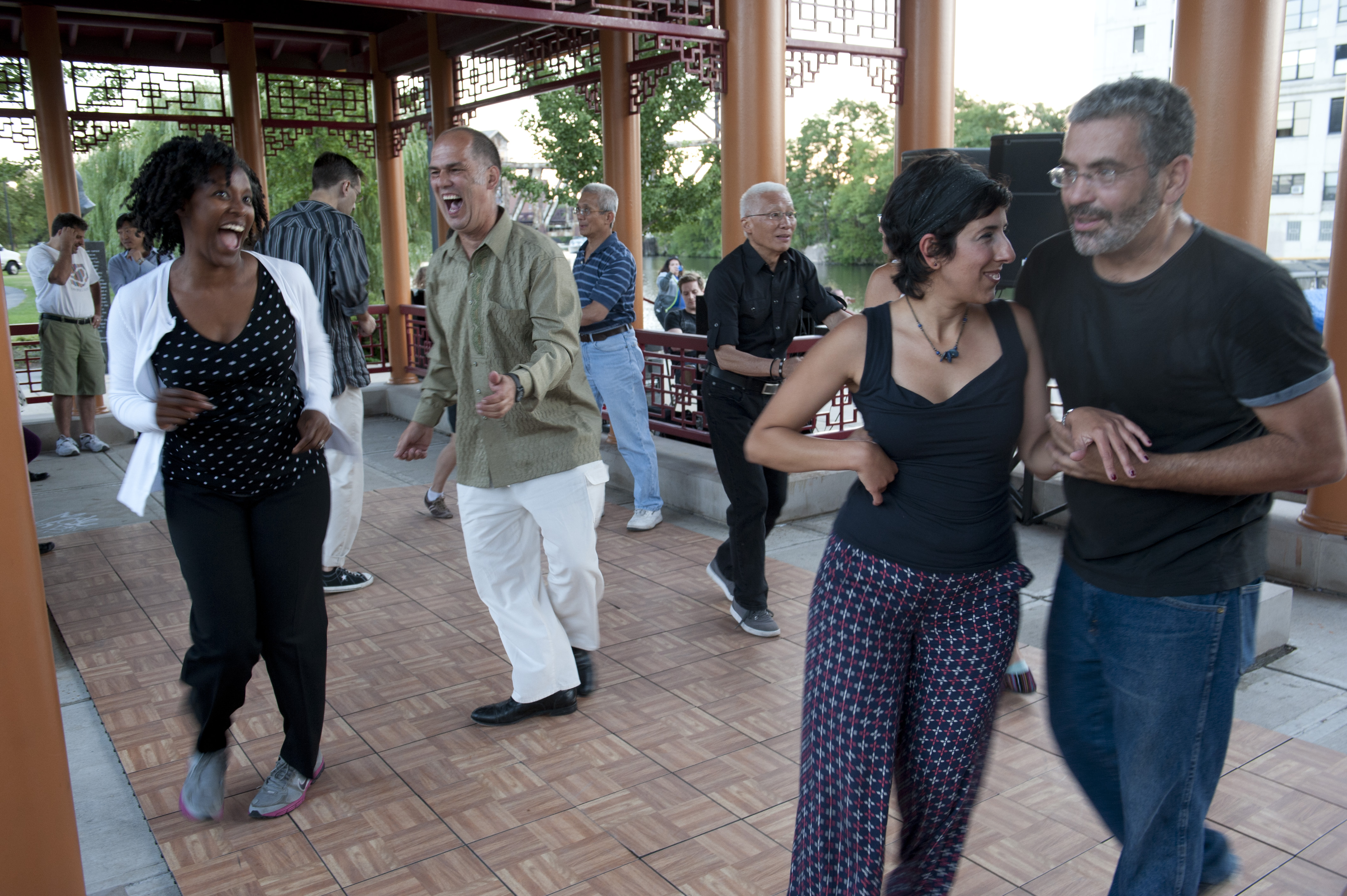 Just about every culture has a folk dance based in communal values and SummerDance strives to include as many Chicago communities as possible. This year’s lineup features iterations of social dance staples like swing and salsa, but also includes nights of African Highlife, Palestinian Dabke, Balkan folk dances, and dances from regions of India. Contemporary Chicago-born dance traditions are core to the SummerDance programming, too: House is on the schedule three times this season and Steppin’ four. This year the program includes three Dance Downs—showcases and battles born from African-American communities—which will take place at the Hamilton Park Cultural Center on the South Side and the Austin Town Hall Park on the West Side, then on stage in Millennium Park as part of the big SummerDance finale celebration on August 25. Tortolero tells me the rather awkwardly named SummerDance Dance Down is part of the DCASE 2018 “Year of Chicago Youth” programming. “We’re helping document what’s been an under-appreciated historical tradition in Chicago,” he says. The fest also spends one extended week—Wednesday through Sunday—at Buckingham Fountain during Taste of Chicago: an invitation for mobs of visitors who might never have considered doing more than bobbing their heads to a beat, to put down their sausage and beer and cut a rug.

What started as a modest partner-dance series that, according to Tortolero, was inspired by the Lincoln Center’s “Midsummer Night’s Swing” events in the nineties, has evolved into a festival that ties together participatory social dance, informal spectatorship in public spaces and formal presentation of professional and emerging performers. “It’s gone beyond the social dance diaspora,” Tortolero says. “Particularly with the finale; there are a wide array of events scheduled from line dancing to Indian circle folk dances. On the Pritzker stage we’ll have dance companies performing works. What’s under the banner of SummerDance has definitely expanded; it’s become the city’s premiere dance festival. There’s no longer the Chicago Dancing Festival. SummerDance in many ways is trying to, in a more egalitarian and accessible manner—and not to knock what the Chicago Dancing Festival was, because what they put together was beautiful—but in a more civic manner, to produce a wide array of dance events, coupled with the higher-produced events you’re accustomed to seeing on the Pritzker stage.”

The Chicago Dancing Festival was an annual, weeklong series of free dance performances at major venues featuring top local and national professional companies. It ran the last week of August starting in 2006 until 2016, when the organizers announced it would not return for an eleventh year. The festival drew tens of thousands, particularly to the closing night showcases at the Pritzker Pavilion, and its loss leaves a gaping hole in the calendar of awesome free things to do in the city. The big idea behind the Chicago Dancing Festival was accessibility: all events, including seated shows at the Harris and Auditorium Theatre, were free of charge. And yet Tortolero’s statement about the civic power of SummerDance is spot-on; the folks in the seats at Joffrey Ballet performances are not the same ones dancing two-step Friday evenings at the Empty Bottle. There is dancing and there is Dance and they are promoted, presented and consumed as though they have little to do with one another. If SummerDance can be a place where presentations of professional-level virtuosity, education about the influence of folk dance and “pedestrian movement” on choreographers, and the invitation to get up and join in at whatever level you’re at are integrated, the festival could become one of the rare and precious places where distinctions between high art and folk art disappear. 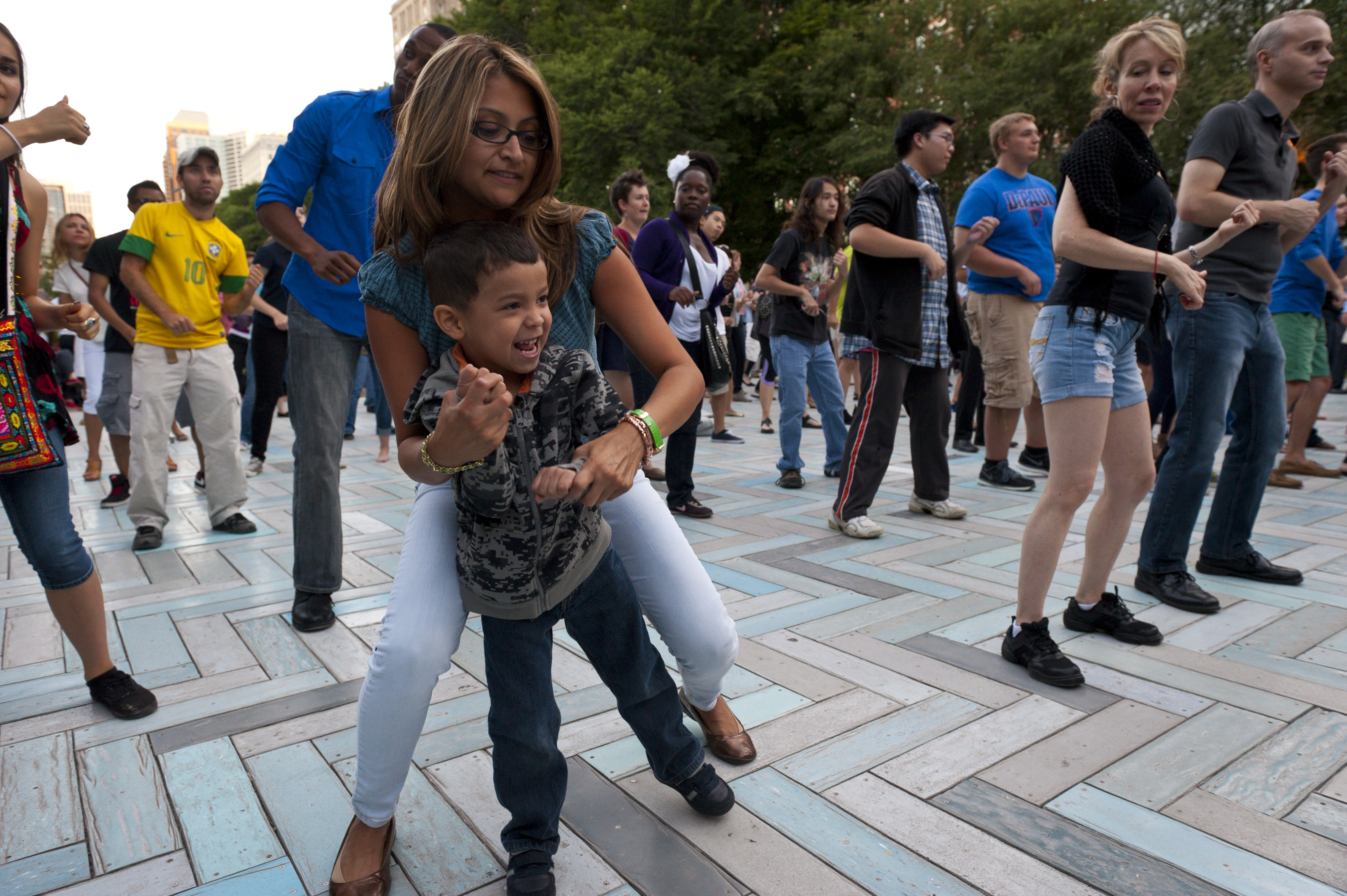 Tortolero envisions SummerDance continuing to broaden its reach and influence, within and without the festival itself. “I think SummerDance has influenced [DCASE] commissioner [Mark Kelly]—and he would gladly tell you this—to include dance more in our thinking throughout our festival booking,” he says. “A lot of presenters get boxed into thinking ‘This is a jazz festival, this is a blues festival,’ but the way we experience the arts is more and more on a multidisciplinary level. I think SummerDance touches on so many things; there’s something for everyone. There are so few events I can think of for young people, for single people who can go with their grandparents and have fun. I’d like to explore more of the community engagements, push it more into the neighborhoods.”

Great news for folks like me who are looking for every opportunity to turn an open space into a dance floor and coax someone onto it. And great news for an art form that can seem unapproachable or esoteric, and an activity that many shy away from out of fear of embarrassment or belief that they simply can’t do it. The beautiful philosophy of social dance is that everyone can participate and have fun at whatever skill level they’re at: all are invited. Dancing is part of the great triumvirate of cultural traditions—along with music and cuisine—that forges community through joyful, creative acts. So stop by some weekend evening this summer, even if it’s just to hang out and hear some fantastic live music. But you might also consider saying yes should a stranger approach you, look you in the eye, extend their hand and, smiling, ask, “would you like to dance?”