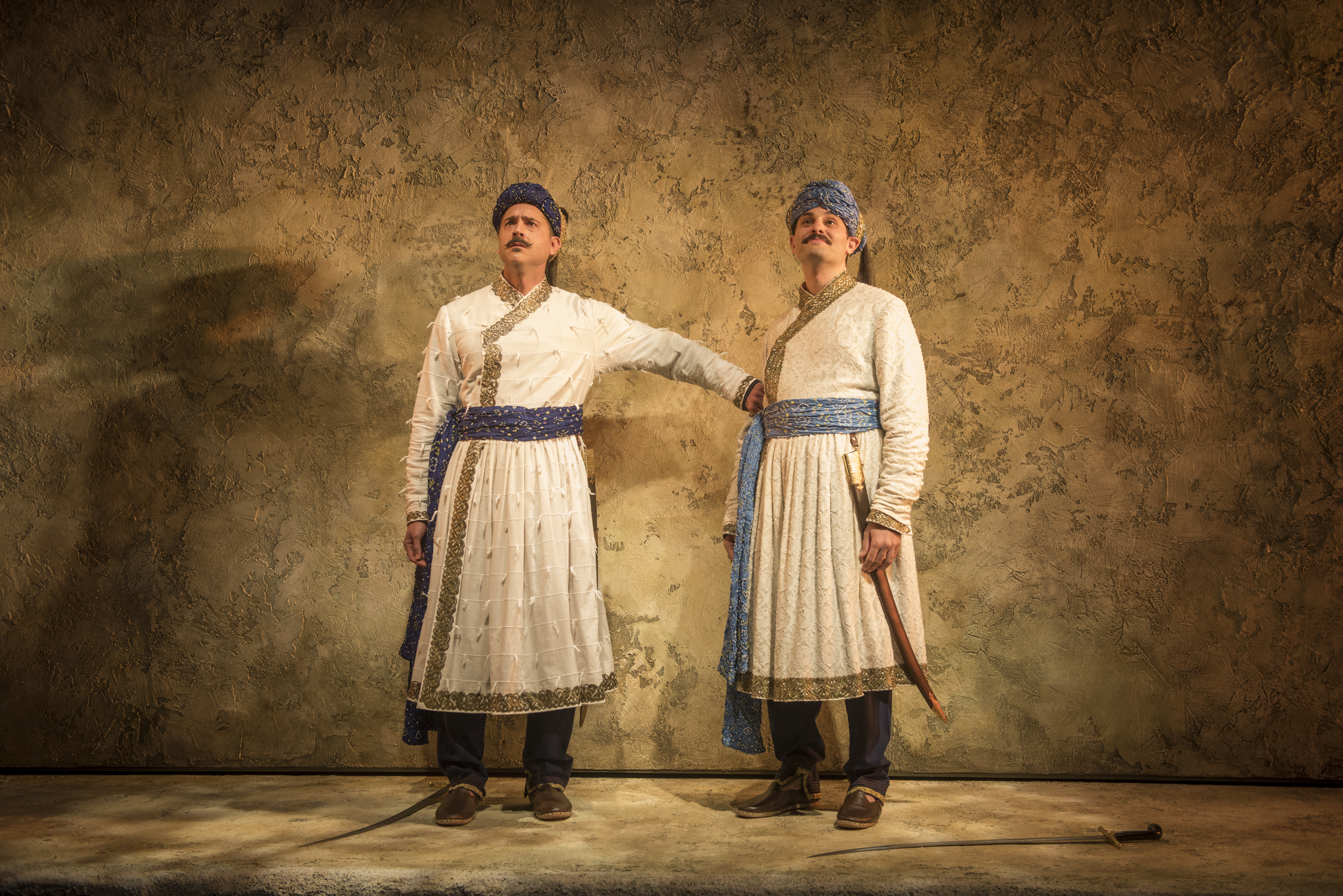 Let’s say someone wrote a play about the building of the Panama Canal. In this hypothetical drama, we learn that Theodore Roosevelt, upset at the thought of another splendid canal being built elsewhere, ordered that the project’s dozens of engineers and thousands of laborers have their hands chopped off by the play’s protagonists, a hapless pair of Marines. Nowhere in the program is it mentioned that this is fantasy, that Teddy Roosevelt was not dangerously insane and that the Panama Canal did not involve human sacrifice.

I suspect that viewers of this imaginary play—let’s call it “Guards at the Ditch”—would be bemused by this strange fable and annoyed at the writer’s attitude toward history. It’s unlikely that such a play would be staged, because the event is too recent, the personalities too well known and the whole idea just too ridiculous.

But apparently this scenario is not ridiculous if set in the mysterious and inscrutable East, where as we (supposedly) know, human life has but little value and people stoically submit to even the maddest whims of tyrannical rulers.

Rajiv Joseph’s two-character play, “Guards at the Taj,” would have us believe—or at least makes no effort to inform us otherwise—that Emperor Shah Jahan, the builder of the Taj Mahal, had twenty thousand of his own men mutilated in order to ensure the uniqueness of the wondrous mausoleum he had built for his beloved queen, Mumtaz Mahal. There is no record of this monstrous crime and historians treat it as a tall tale, perhaps made up by local tour guides to spice up their spiel.

It’s a particularly regrettable whopper to present to an American audience, as it confirms occidental prejudices about “oriental despotism” and a supposed Muslim proclivity to violence. The tale slanders Shah Jahan, painting his gesture of love as an act of barbaric cruelty and egomania. It’s exactly the kind of black legend colonial powers use to justify domination.

“Guards at the Taj” is a derivative play, borrowing from everything from “Waiting for Godot” to “Yellow Submarine,” tediously replaying the “I’ve got a hole in me pocket” bit from the animated Beatles movie. But its fundamental debt is to Tom Stoppard’s “Hamlet” take-off, “Rosencrantz and Guildenstern Are Dead,” which shifts the tone and meaning of the original incidents by focusing on minor, powerless characters. While Stoppard is toying with a fictional construct, Joseph is treating an ostensibly real atrocity as the premise for a comedy, which is itself atrocious. The show comes off as a postmodern “Hogan’s Heroes,” but from the guards’ point of view and capped by an ending that manipulates us into sympathy with a character who doesn’t deserve it.

There are things to be said for the production. Actors Omar Metwally, as the stiff, by-the-book guard Humayun, and Arian Moayed, as his hippie-dippie, childlike comrade Babur, fully inhabit their contrasting but equally demanding roles. Their anachronistic banter, while repetitive and often sitcom-silly, conveys the basic experience of soldiers: hours of boredom punctuated by moments of terror and horror. Director Amy Morton (who directed the play’s 2015 world premiere in New York) makes a strong dramatic point, one with emotional and political resonance: that an offstage act of large-scale, impersonal brutality feels like a mere plot detail to the audience, which titters nervously as the two soldiers literally wade through blood. When the violence hits closer to home, the laughter ceases as suddenly as though it too has been lopped off by a saber.

The central message here—about how authoritarianism and unthinking obedience destroy what’s valuable in life—is a valid and important one, especially today. Set in My Lai, Abu Ghraib or a migrant internment camp, a story like this one could have real impact. Set at the unveiling of the Taj Mahal in 1648, the tale has the opposite effect, reassuring us about how different we are and how far we’ve come. Behind the show’s grisly spectacle, cockeyed comedy and moral posturing, there’s a deep-down smugness and dishonesty. While pretending to challenge and provoke the audience, “Guards at the Taj” is subtly pandering to it. (Hugh Iglarsh)