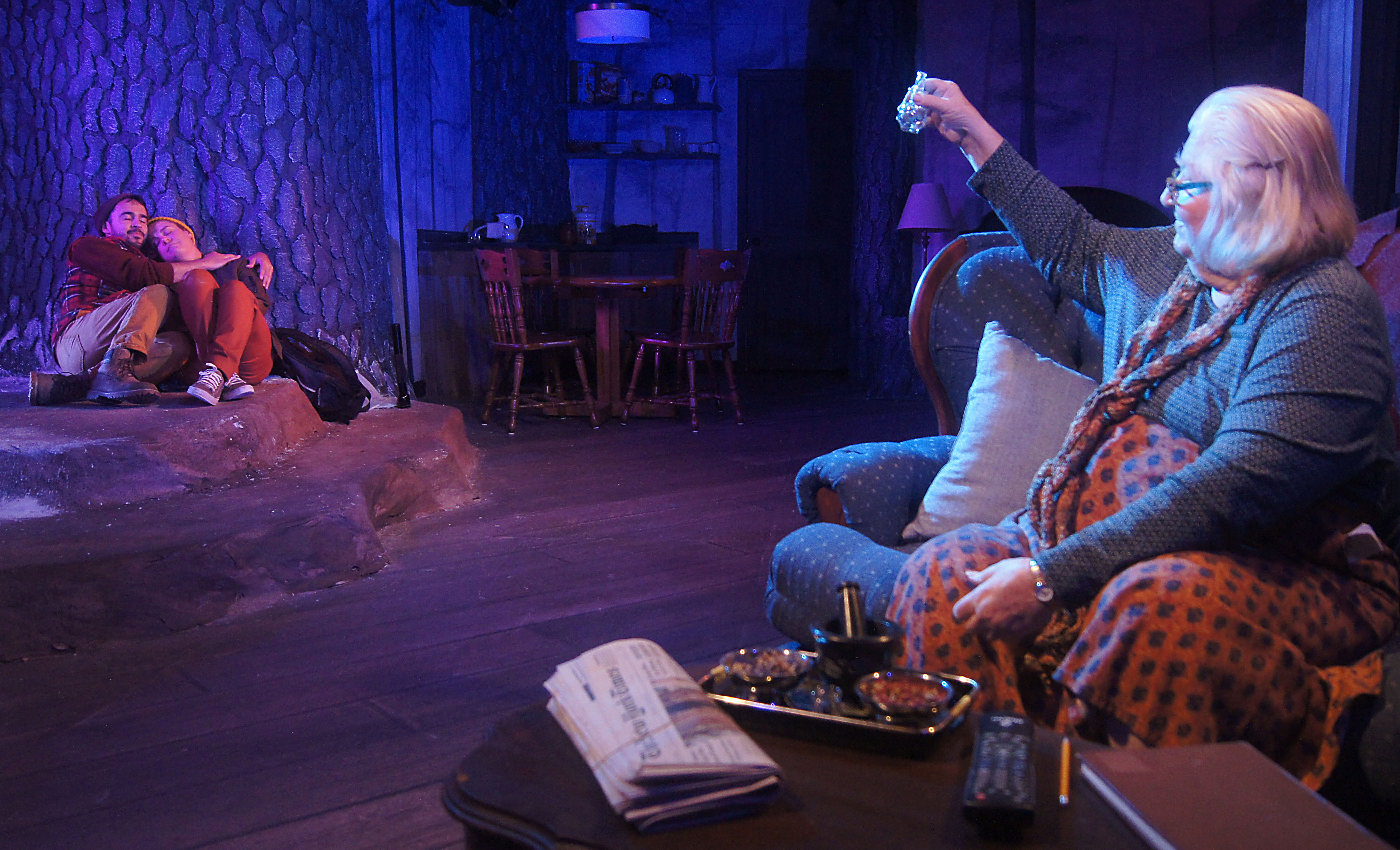 “I am grateful for one thing: my granddaughter’s going to be married!” exults Grandma (Kathleen Ruhl) at the Thanksgiving table where Archer (Jaq Seifert) sits tensely with Mom (Jacqueline Grandt) and Pops (Brian Parry). Grandma gets a pass because she’s deaf, but Mom and Pops still call Archer “Angela,” even after he explains he has named himself for Sagittarius, the half-human, half-horse hunter slung across the months of November and December. Pops is dying of a mysterious illness that he pretends not to fear by sneaking peanut butter cups into his sugar-free diet. Mom sublimates her anxiety into razing her garden after a poor growing season and haranguing Archer about the chores. Archer’s only relief is to leave the house and wander the ponderosa forest outside.

The outside is the inside in Redtwist Theatre’s production of MJ Kaufman’s “Sagittarius Ponderosa,” where Kristen Martino’s fantastic scenic design transforms the black-box theater into a hybrid space where the trunks of the enormous trees form beams that support the walls of a house that is a magic house in a fairytale wood, Grandma’s room in a nursing home, and the house of Mom and Pops, all lit in shadowy blue and purple. The oldest ponderosa tree in the forest both juts into and forms a retreat from the unhappy demands of home—and it’s there that Archer meets Owen (Christopher Acevedo), a Nature Conservancy intern who doesn’t ask any questions about gender or the future. He’s twenty-nine, misses home on the holidays and says that “fucking makes it better.”

Where the words least heard are “I love you” and your own name, that may be true. Intimacy remains elusive in “Sagittarius Ponderosa,” only accessible in mundane and temporary acts—discussing the growth habits of trees and garden vegetables or reading about the weddings of other people in the newspaper. Both poignant and distressing is the use of a papier-mâché puppet (animated by Parry) to represent Peterson, Grandma’s nursing home buddy. So much remains unspoken, under pressure to emerge in an unseen spring, in a play that inches from winter to winter. (Irene Hsiao)