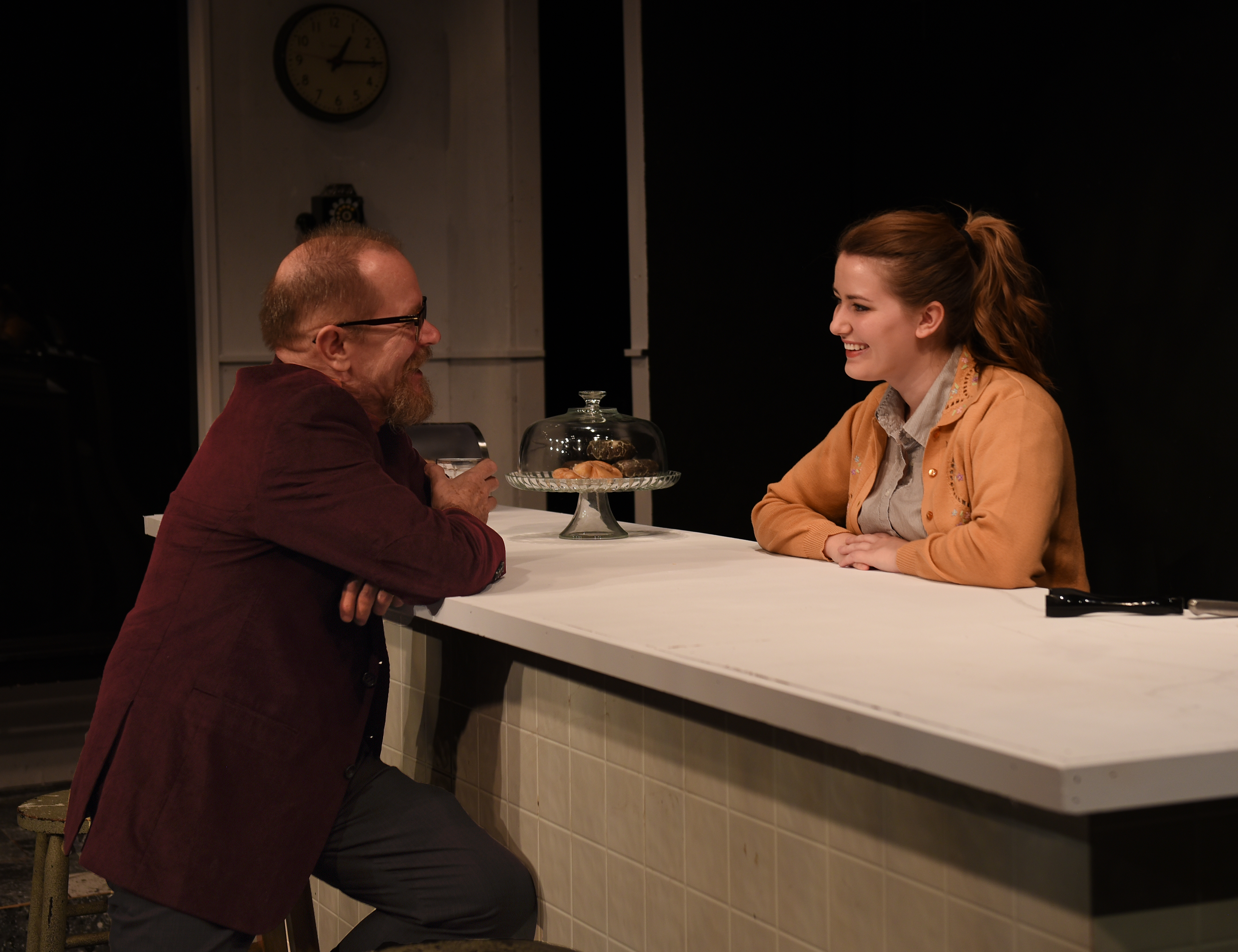 A rapist, a pedophile and an adulterer walk into a bar. Only the bar is a restaurant in rural Kansas, and William Inge’s 1955 play “Bus Stop” is not a joke, although it brings such dark elements up close and defuses their power with unexpected levity when a blizzard in March strands a bus full of passengers along their route between Kansas City and Topeka. A diner run by two women, tough owner Grace (Sarah Bright) and naïve high-school student Elma (Jillian Warden), becomes something between a witch’s cottage in an enchanted wood and that platonic bar, where you can’t get what you want—a double shot of whiskey, a decent powder room, a working telephone, cheese or rye for your sandwich—but you sometimes find what you need.

The action begins in earnest when singer Cherie (Daniella Pereira) dashes through the door with her suitcase, anxious to escape cowboy Bo (Anthony Conway), who has abducted her from the Blue Dragon nightclub in Kansas City with the intention of living forever in wedded bliss on his ranch in Montana. To balance the distraction of this outsize tall tale, inebriated erstwhile instructor, the fifty-ish Dr. Lyman (Ted Hoerl), immediately begins to put the moves on Elma, who’s easily seduced by his trite recitations of Shakespeare. Love story number three concerns Grace’s attraction to bus driver Carl (Matt Thinnes), whose usual twenty-minute stop has been fortuitously protracted by the storm. “I’m beginnin’ to wonder if there is the kinda love I have in mind,” moans Cherie over her day-old doughnuts as she fends off her undesired betrothed.

Despite the absurdity of the exercise, Inge’s play is filled with clever repartee as its characters attempt to become heroes of their respective narratives or at least find temporary relief for their needs. Under Steve Scott’s direction, the ensemble is convincingly sympathetic. Bright’s performance as Grace is detailed down to the brisk efficiency of her hands as they spoon coffee and count cash. Tim Kough is likably authoritative as the sheriff Will Masters. And Zach Bloomfield is curiously sweet as Bo’s mentor, Virgil, supernumerary to the stories but not inconsequential. (Irene Hsiao)