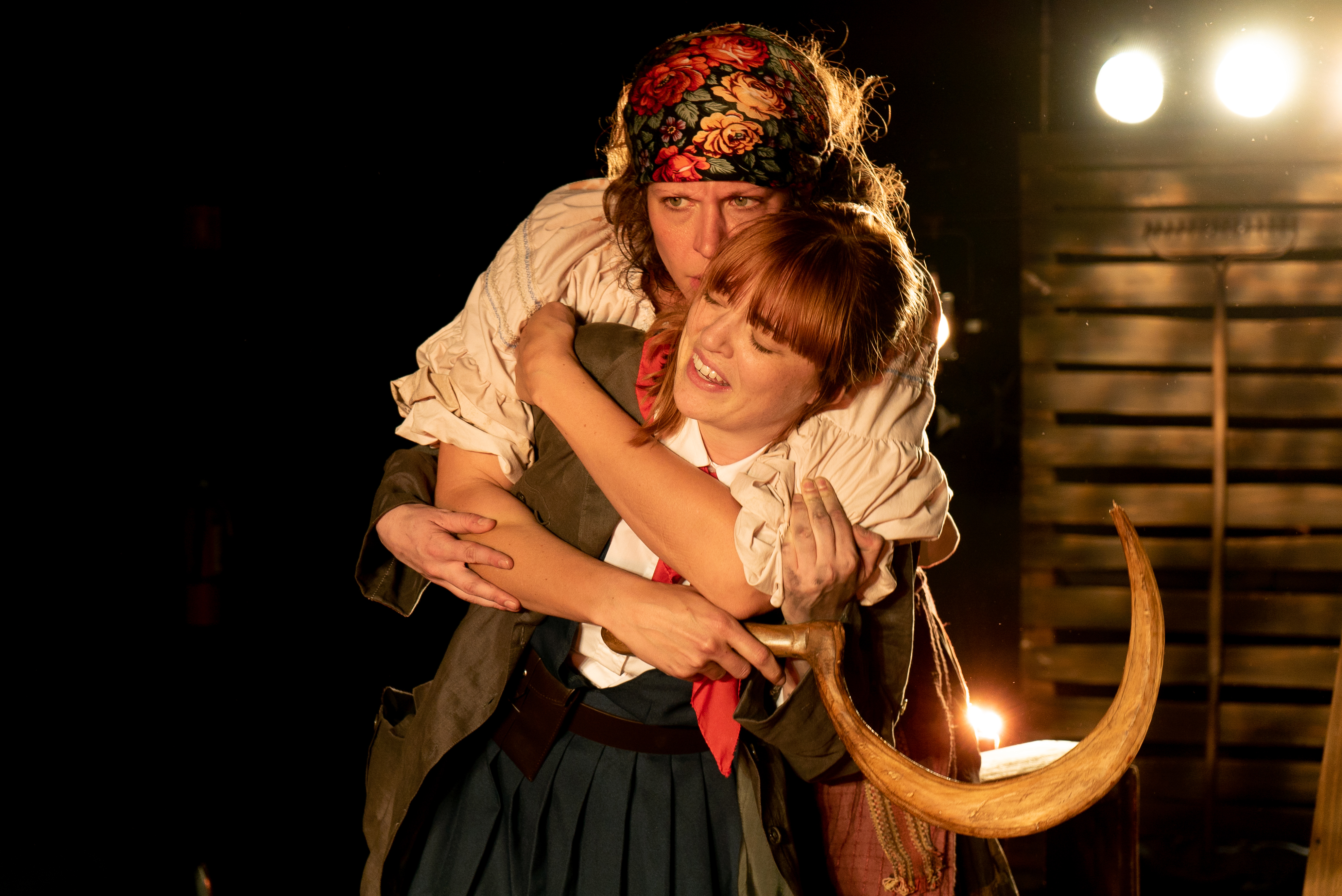 There are events in history so appalling they defy any attempt to dramatize them in a conventional way. Such a moment is the Ukrainian famine of the early 1930s, a catastrophe engineered by Stalin that led to the deaths of millions of Ukrainian peasants, who starved amidst some of the planet’s most fertile farmland.

The famine was a war on the peasantry by a modernizing state, in this case one ironically premised on restoring the land to those who tilled it. It began with the liquidation of the “kulaks” (i.e., rich peasants), a bogus social category cooked up to derail Ukrainian nationalism and create scapegoats for the failures of collectivized agriculture. After corralling the surviving villagers into inefficient state-run farms, Stalin ordered a huge and impossible leap in Ukrainian grain production, creating a dilemma for the peasants: Produce too little and be accused of sabotage; produce too much and be denounced as a greedy kulak. Caught in this catch-22, subject to violent food requisitions, the peasants began to eat roots, rats, boots, tree bark and ultimately each other.

This semi-forgotten holocaust is the grim subject of “Sickle,” Abbey Fenbert’s new play. For ninety-five intermissionless minutes, with scenes divided by brief blackouts, we witness the descent into madness and dissolution of a village of women (all of the menfolk have long since been taken away by the Soviet secret police, accused of being kulaks and wreckers). In depicting four starving but strong-willed female villagers and the young Russian commissar ostensibly sent to aid them, director Elizabeth Lovelady and her talented cast succeed beautifully at evoking mood and atmosphere, but—due to playwright Fenbert’s uneven script and conception—cannot fully bring them to life or pull us into their tale.

What “Sickle” captures with a fierce and unrelenting power is the subjective experience of famine. We see how, for the hunger-tormented, despairing peasants, time becomes dreamlike and circular, with every dawn marking a “Groundhog Day”-like repetition of yesterday’s suffering. In such a climate of extremity, story and character—the building blocks of drama—break down, the way bodies do.

And therein lies the problem of this well-intentioned play. The horror of the “Holodomor,” the great hunger, is blinding. Unfortunately it overwhelms this attempt to prevent it from disappearing down the memory hole of twentieth-century totalitarianism. The play is intense without being dynamic or insightful. The performers’ deep engagement with their parts—especially in the case of Moira Begale’s quietly spirited, intelligent portrayal of Anna, the self-appointed “czar” who allots scarce food and assigns tasks to her “officers” Iryna (Christine Vrem-Ydista), Halka (Catherine Dvorak) and Yasia (Brittany Ellis)—can’t compensate for the play’s high ratio of words to action. The only two real incidents in the work—a tragic death and an act of betrayal by the Soviet operative and Red fascist Nadya (Katherine Bourne)—are telegraphed from the beginning.

The lack of narrative and character complexity means we can connect to the story only on a purely emotive level. The effect is like being bludgeoned into sympathy with the peasant characters, which paradoxically ends up pushing us away from them. A different dramaturgical approach—perhaps involving use of slides, explanatory cards or direct narration—would give some air to the production, permitting us to learn from the events, not just react to them. As it is, the play has an element of hunger porn, engulfing us in the sensation of starvation without fleshing out or situating the characters experiencing it, and embodying the harsh cruelty it purports to expose.

The actors’ task is not made any simpler by the narrow, low-ceilinged space, sparsely furnished by set designer Jessie Howe, which captures the characters’ entrapment but gives no hint of the expansiveness of the land they are part of. The play itself is cramped by its own heaviness and hopelessness. The Ukrainian villagers and others like them who continue to fight for dignity and survival against state violence deserve a treatment that honors their humanity, not just their tragic victimhood. (Hugh Iglarsh)