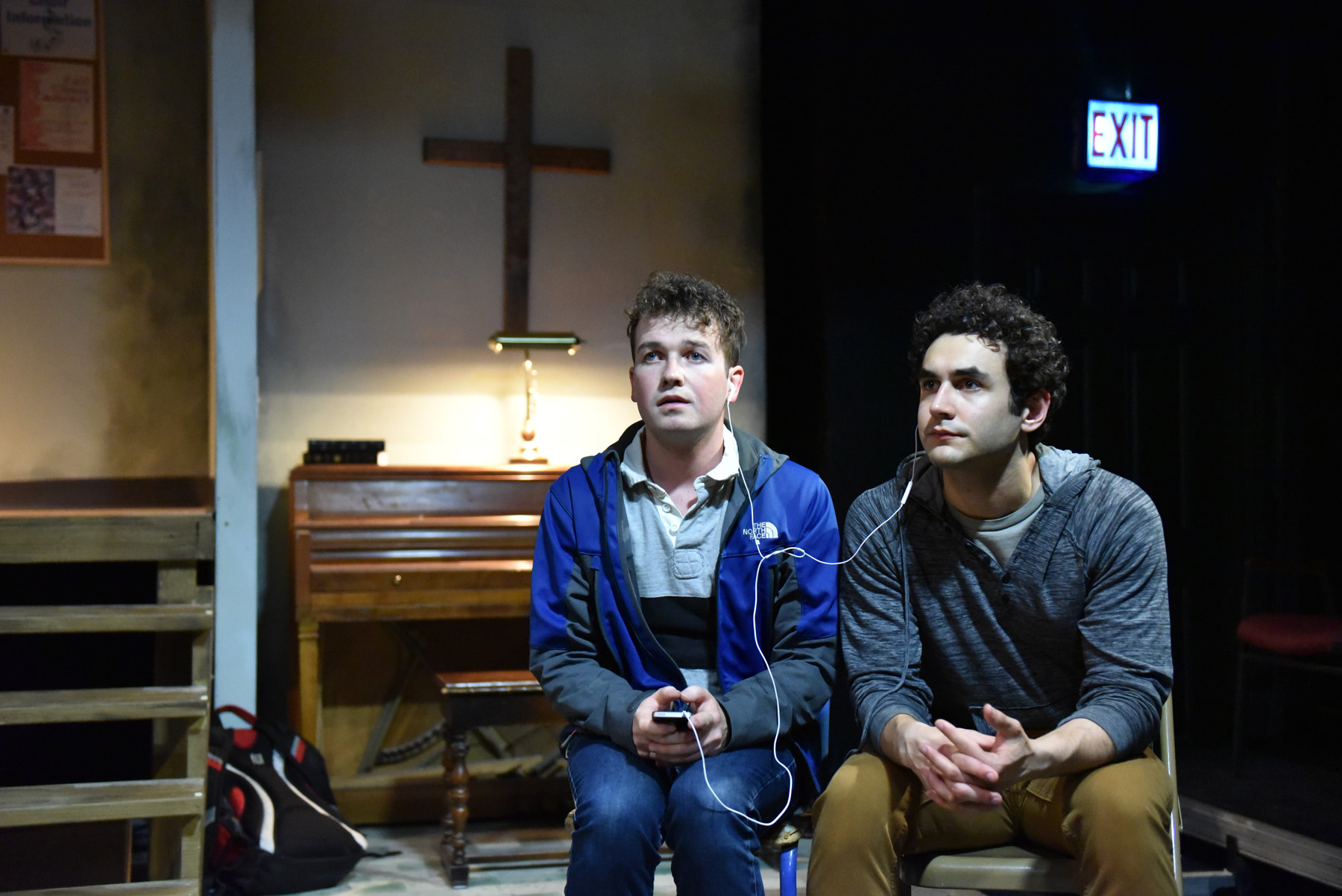 Samuel D. Hunter invites his audience to a conversation about gatherings of souls in “The Harvest,” which concludes the thirtieth-anniversary season at Griffin Theatre Company. In an evangelical church with a decidedly Pentecostal bent in southeastern Idaho, we meet a group of young penitents as they prepare a mission to the Middle East, bringing their one true light to a world they have been taught is in deep need of their message, and, if approached with the right rhetoric, are ready to receive it in communion. As they study vocabulary with which to more readily inculcate those they are being sent to gather, we learn that they are gathered, having been found easy prey when they were lost to themselves, grasping for emotional and social mooring.

Hunter’s magic is to humanize each of his scarred individuals, allowing us to see their side of an argument that many theatergoers might otherwise shut out. Director Jonathan Berry’s cast rises to this fulfilling challenge, committing fully to the role of postulants of the larger dialogue. If playing drunk is a delicate feat for any actor because it requires the artist to try not to appear what they are attempting to project, how much more challenging is the obligation to spontaneous “speaking in tongues,” here a freewheeling exercise in faith, seen as a direct conversation with God?

As group leader, Kiayla Ryann drowns her unexamined privilege in showy lies and calculated giggles. As the pastor of a flock ready to accept without question his particular interpretation of church statute, Patrick Blashill is just right. Would-be feminist Kathryn Acosta flails against the studied misogyny of husband Taylor Del Vecchio, both so achingly ardent that understanding flashes across the footlights. As the pastor’s beleaguered, possibly queer son, Collin Quinn Rice is a coiled spring, almost incoherently loving; we fall into them and quake alongside. Protagonist Raphael Diaz has the largest task, as his character suffers the most pressing conflict of faith, given a palpable chance of escape. It is easy to pray for him, in whatever system of spirituality one ascribes.

The King James Bible preaches this admonition against masturbatory speaking in tongues: “But if there be no interpreter, let him keep silence in the church; and let him speak to himself, and to God.” Hunter invites his audience to be the interpreters and to seek their own souls’ salvation with the requisite ”fear and trembling.” (Aaron Hunt)