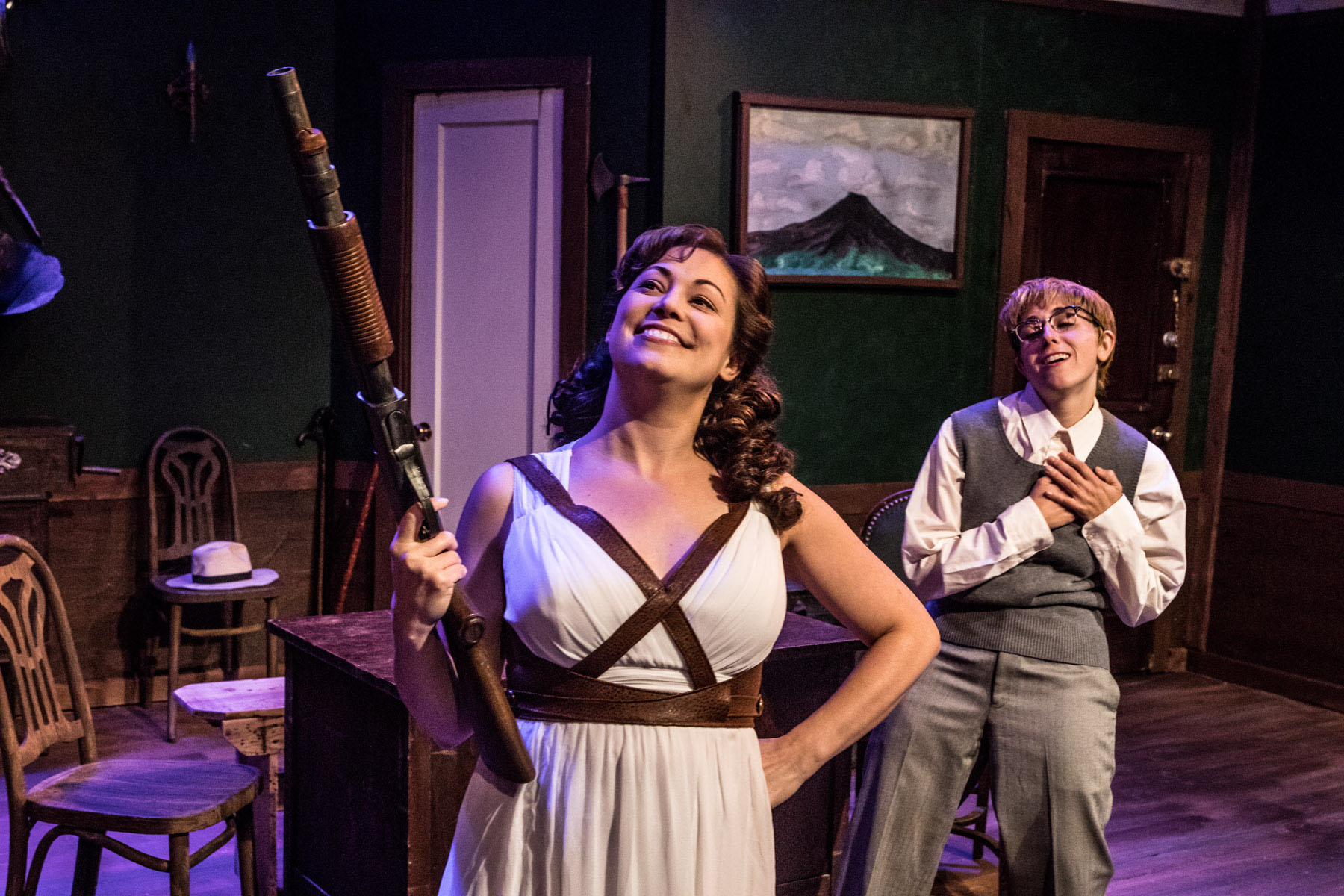 One of the important tasks of the theater is to rediscover and vindicate semi-forgotten and unjustly neglected artists, such as mid-twentieth-century Anglo-Hollywood writer John Collier. But “Nightmares & Nightcaps,” a selection of Collier’s sardonic, dark-tinged tales, serves only to dig his grave a little deeper.

Born in London in 1901, Collier resolved upon a literary career early on, writing poetry and critically praised novels into the early 1930s. Finding that art, like crime, doesn’t pay, he turned to more lucrative work, penning creepily clever magazine stories, often with a touch of the fantastic and an O. Henry-style twist. Collier went on to a successful if part-time career as a screenwriter, working on movies ranging from the 1935 Katherine Hepburn vehicle “Sylvia Scarlett” to “The African Queen” in 1951, as well as television adaptations. His published tales were featured in the hosted anthology programs of television’s Golden Age, including “The Twilight Zone” and “Alfred Hitchcock Presents.”

In a game but not quite successful attempt to recreate the form and feel of those old episodic TV shows, “Nightmares” adapter-director Ed Rutherford frames the handful of Collier tales presented here as anecdotes read by a nervous, pajama-clad, wraith-like figure referred to only as The Dweller, who between stories tries to solve a mystery of his own in Jeremiah Barr’s subtly spooky urban-gothic set. Kevin Webb’s preening, cloying performance in the Poe-like part sets the tone for the work as a whole, sacrificing nuance and subtext to cheap laughs and a winking condescension.

Collier’s work at its best has crispness and bite, largely absent in Rutherford’s staging. Without exception, the vignettes go for the cute and broad, turning Collier’s fables of everyday cruelty and karmic justice into smirky shtick. The misery of his protagonists—a young boy whose relentlessly reasonable father tries to literally beat the devil out of him, a mousy suitor who pretends to get stuffed and mounted to gain the favor of his Artemis-like beloved, a henpecked husband whose wife lives only to squelch his fun, and others—is treated as pure comedy, sucking the heart out of the tales. What’s captured here is the writer’s misanthropy; what’s missing is his wit and devilishly sly commentary on the shadow side of outwardly civilized lives. And there’s not a single genuinely scary or uncanny moment in the show, no mean feat, considering the material.

Other than Webb’s over-the-top Dweller, the cast members—including Megan DeLay, Kat Evans, Jessica Lauren Fisher, Caitlin Jackson, Shane Roberie, Joshua Servantez and Maiko Terazawa—play well together in their multiple roles. Ellen DeSitter is appealing as the squeaky voiced Small Simon, whose hatred of Big Simon, his oppressively pedantic father, drives him into the hands of the supposedly imaginary Mr. Beelzy, who ends up teaching Big Simon a little lesson about real versus not-real. And Lee Wichman oozes corrupt, manipulative power as Scratch, the literally satanic movie producer limned by Hollywood veteran Collier with a knowing eye. But the performances err on the side of archness, avoiding any suggestion of deeper feelings and implications.

Near the end of his life, the modest Collier said he would “sometimes marvel that a third-rate writer like me has been able to palm himself off as a second-rate writer.” But whatever his limitations, John Collier knew his craft and his audience. He was one of the twentieth century’s masters of the macabre, and his work deserves better than to be treated as one big campy joke. (Hugh Iglarsh)