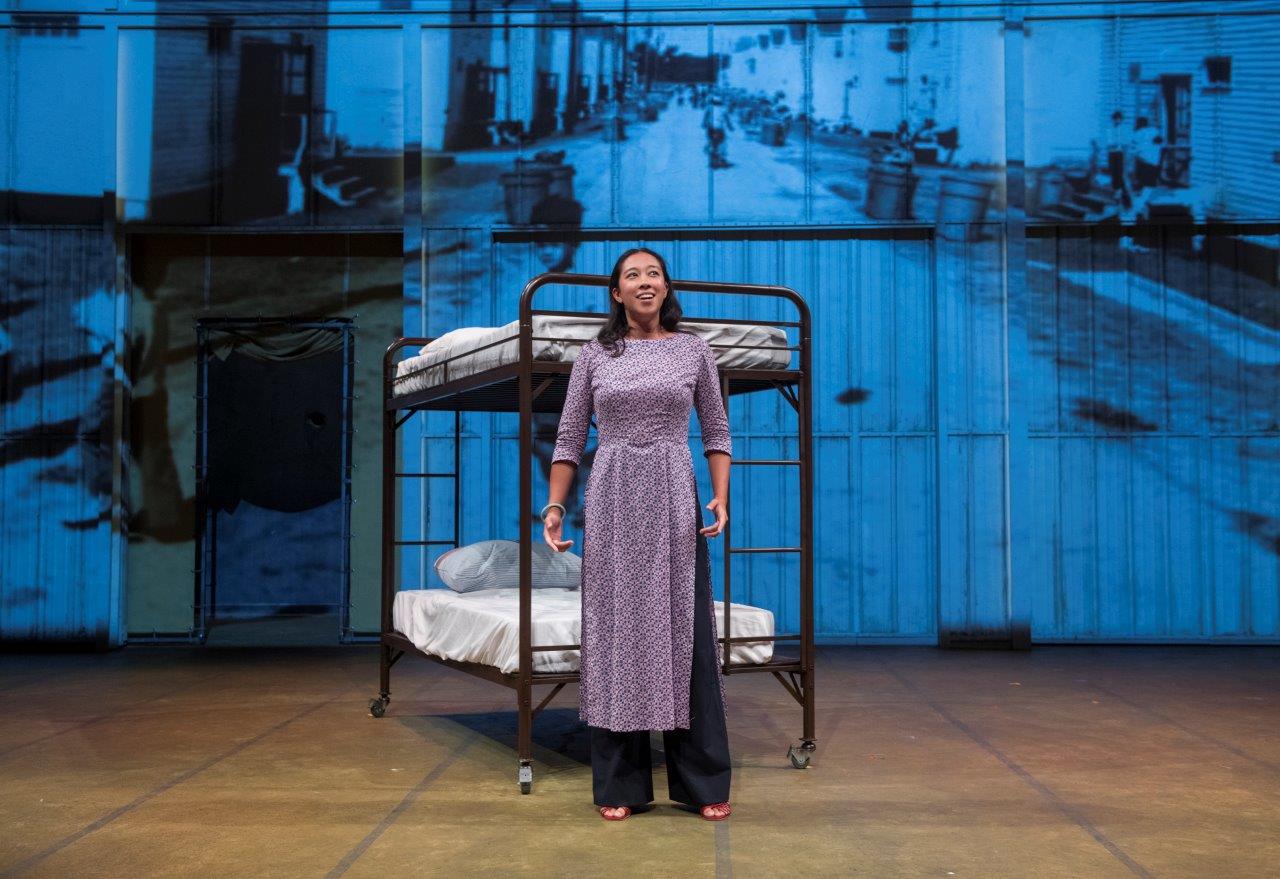 In 2015, the same year Lin-Manuel Miranda’s “Hamilton” cast white forefathers as people of color in its premiere at the Public Theater off-Broadway, “Vietgone,” Qui Nguyen’s rap musical about refugees and immigrants of the Vietnam War, debuted at South Coast Repertory in Costa Mesa, California. While the impact of “Hamilton” in our time is indisputable, one wonders why a narrative of dominant culture needed to be used to bring light to the fact of America as a nation in continuous construction by the immigrant population that forms its greatest premise and promise.

This review is not about “Hamilton,” nor is it about reviving an East Coast/West Coast rivalry, although we all know which coast Tupac called home. It is merely to suggest that, while “Hamilton” may create the so-called “relatability” that drives people to big theater, the heart that beats on the stages that dare to open up less-familiar worlds by exposing stories no less real and more in need of exegesis is very much present in “Vietgone,” ostensibly a love story that happens to involve war and refugee camps (also, yes, “Crazy Rich Asians” is a box-office smash, but we ain’t got time for that). Do I have to say it? This is America, bitch.

“Vietgone” tells how Harry met Sally, except “Harry” is Quang (Matthew C. Yee) and “Sally” is Tong (Aurora Adachi-Winter). Quang is married. Tong is afraid to love. Etc. Except in this “etc.” are the details: Quang loses his family airlifting three dozen civilians to safety during the fall of Saigon. Tong drags her mother (Emjoy Gavino) from their leaf hut to Fort Chaffee, Arkansas, leaving behind her beloved younger brother (Rammel Chan). It’s hard to feel grateful in a country where many blame you for violence of epic proportions. And American food is impossibly gross.

Despite these tragedies, “Vietgone” is hilarious. Perhaps most interesting is how Nguyen turns the jingling slang of American jargon into shorthand for problems embedded in our culture (“Cheeseburger baseball discrimination,” declares one dude pithily) and places pidgin English into an American mouth (Ian Michael Minh as the soldier Bobby) as he fumbles through rudimentary Vietnamese. Neither the words nor the way they’re spoken are unfamiliar—the context is the critique. Elsewhere, eloquence unfurls in rap soliloquies. Yet, most human and humane is the dialogue that ends the play—the playwright (Minh) trying to get his traumatized father to speak about the past.

Under Lavina Jadhwani’s direction, the production at Writers Theatre zings with spirit and heart. Yee delivers his lines with a rasp that ranges from fury to longing. Adachi-Winter’s eyes say it all. Minh, Chan and Gavino conjure up the rest of their universe with expert chameleonic shifts on a set designed by Yu Shibagaki. (Irene Hsiao)