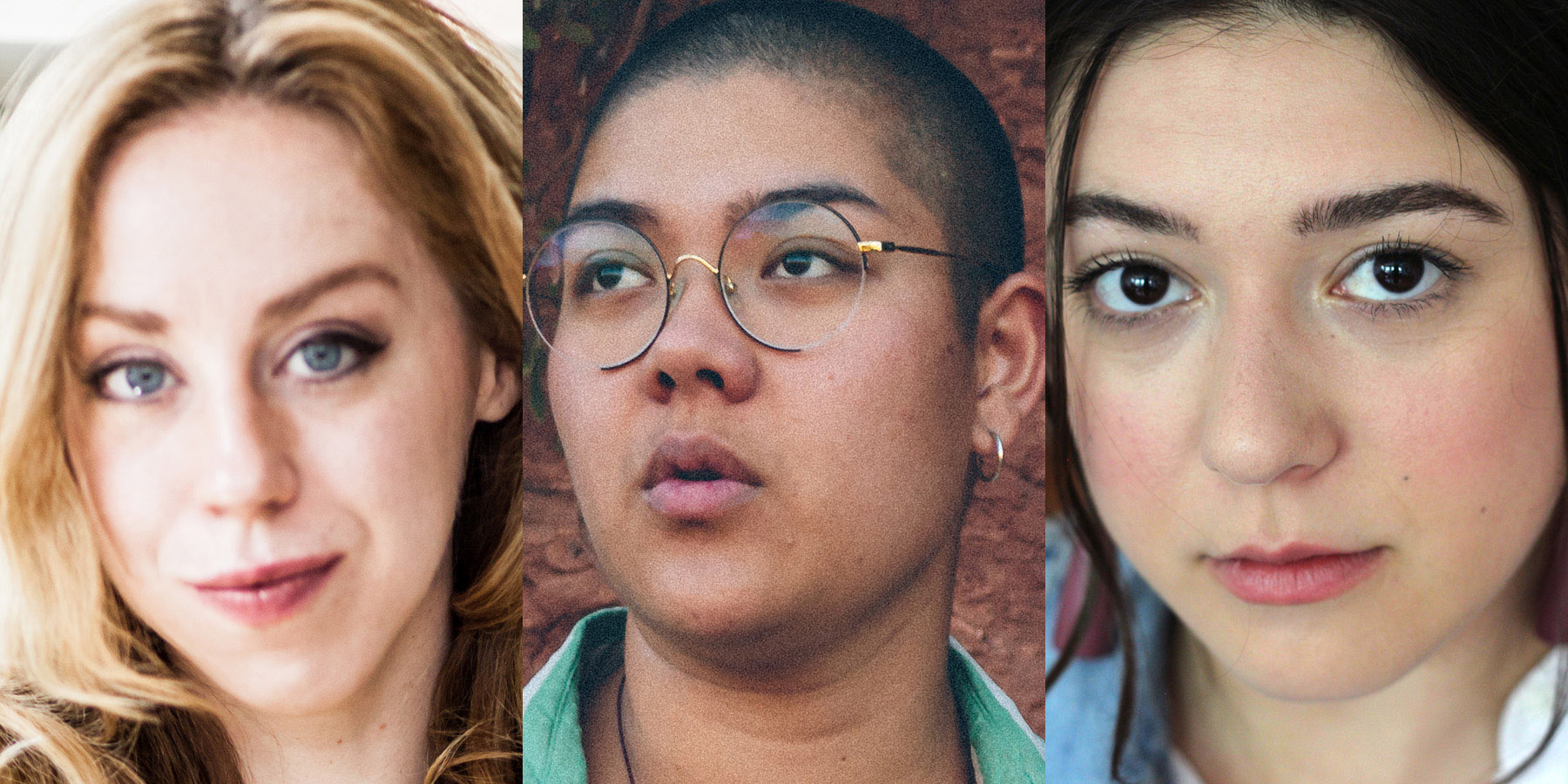 At no other point during each year is the abundance of our city’s theater community more evident than between Labor Day and New Year’s. With more than seventy productions, to say nothing of innumerable readings and workshops, opening on stages informal, opulent and everywhere in between, the prospect of cataloging or covering this wealth and variety in any meaningful way is daunting, to say the least. This is a select sliver of all that is on offer, but within this selection is that for which Chicago theater is rightly known: generosity, brilliance and originality.

So go see a show. Or seventy. (For even more openings, see the sidebar in our Artist Profile, as well as the Stage Top 5: September 2018.)

Monger
(Her Story Theater)
The fourth play in a cycle of dramas exposing sex trafficking practices in Chicago uncovers a nationwide anonymous brotherhood of men who use the Internet to find and compare notes on women and underage girls they pay for sex.
September 7-30

Witch
(Writers Theatre)
Mischief is afoot in the sleepy village of Edmonton and the fate of the world is at stake in this smart modern fable written by Jen Silverman and directed by Marti Lyons.
October 3-December 16

Fun Harmless Warmachine
(The New Colony)
Inspired by Gamergate and online hate movements, this world premiere by co-artistic director Fin Coe serves as a cautionary tale of the power of fear and the seductive pull of the alt right.
October 3-November 4

The Curious Incident of the Dog in the Night-Time
(Steppenwolf for Young Adults)
Jonathan Berry directs Simon Stephens’ Tony Award-winning play about a young boy with an extraordinary brain and an exceptional talent for mathematics, based on the critically acclaimed book by Mark Haddon. Featuring ensemble member Caroline Neff.
October 5-27

Flyin’ West
(American Blues Theater)
Set in 1898, Pearl Cleage’s play follows African-American female pioneers who settled, together, in the all-black town of Nicodemus, Kansas in the wake of the Civil War. Directed by ABT artistic affiliate Chuck Smith.
October 11-November 3

The Scientific Method
(Rivendell Theatre Ensemble)
When a handsome young grad student upsets the balance in one of the country’s top research labs, he throws everything a young scientist thought she knew about her field—and herself—into question.
October 18-December 2

The Adventures of Robin Hood
(Adventure Stage Chicago)
A modern twist on the medieval legend with a cast of three at the center of the story, this adaptation kicks off ASC’s fifteenth season, which explores the challenges of hunger, both literal and metaphorical.
October 20-November 24

Small Mouth Sounds
(A Red Orchid Theatre)
Six urbanites take their troubles to the woods and attempt to work them out at a secluded spiritual retreat where they may not speak for the entire week. The isolating silence collides with the human ache to connect begging the question: How do we address life’s biggest questions when words fail us? Written by Bess Wohl and directed by ARO ensemble member Shade Murray.
October 27-December 9

Cosmologies
(The Gift Theatre Company)
Put the whimsical humor of the Keystone Cops and Bugs Bunny into a particle collider with the philosophy of Søren Kierkegaard and George Berkeley and you’re getting close to the style of this existential absurdist comedy from David Rabe. Directed by The Gift artistic director Michael Patrick Thornton.
October 28-December 9

Neverland
(Prop Thtr)
Written and directed by Prop Thtr’s new artistic director, Olivia Lilley, and devised by the ensemble, this spin on the classic tale depicts the final days of Neverland, \ seen from the divergent perspectives of Peter, Wendy and Hook.
October 29-November 25

An Oak Tree
(Red Theater Chicago)
Two Actors. One has rehearsed the play. The second hasn’t even read it. Performed by a different person each night, the second actor will discover the play and their role at the same time as the audience. Featuring RTC company member Gage Wallace.
November 3-December 9

This Bitter Earth
(About Face Theatre)
In a poetic romance, deep love is challenged by divisive political realities when an introspective black playwright finds his choices called into question by his boyfriend, a white Black Lives Matter activist, who calls him out for political apathy.
November 8-December 8

Plainclothes
(Broken Nose Theatre)
After an incident with a shoplifter ends with half their team either fired or in the hospital, the loss-prevention department of a downtown Chicago retail store comes under harsh investigation from corporate higher-ups in a world premiere written and directed by BNT company member Spenser Davis.
November 12-December 15

The Revolutionists
(Strawdog Theatre Company)
When playwright Lauren Gunderson puts four women who made history during the French Revolution in the same room questions arise about art’s ability to make meaningful change, whether violence is ever the right course of action, and what a woman’s role can be in the midst of the madness.
November 26-December 29

La Ruta
(Steppenwolf Theatre Company)
Inspired by testimonies from workers in U.S.-owned factories in Ciudad Juárez, Mexico, Isaac Gomez’s new play is a visceral unearthing of secrets buried in the desert and a celebration of the Mexican women who stand resiliently in the wake of loss. Directed by ensemble member Sandra Marquez.
December 13-January 27

Women of Soul
(Black Ensemble Theater)
Women like Chaka Khan, Sade, Tina Turner, Diana Ross, Tina Marie and the incomparable Whitney Houston made a huge impact on the music industry. This new work takes a look at the struggles and the triumphs these women went through to reach the pinnacle of success.
December 16-January 27