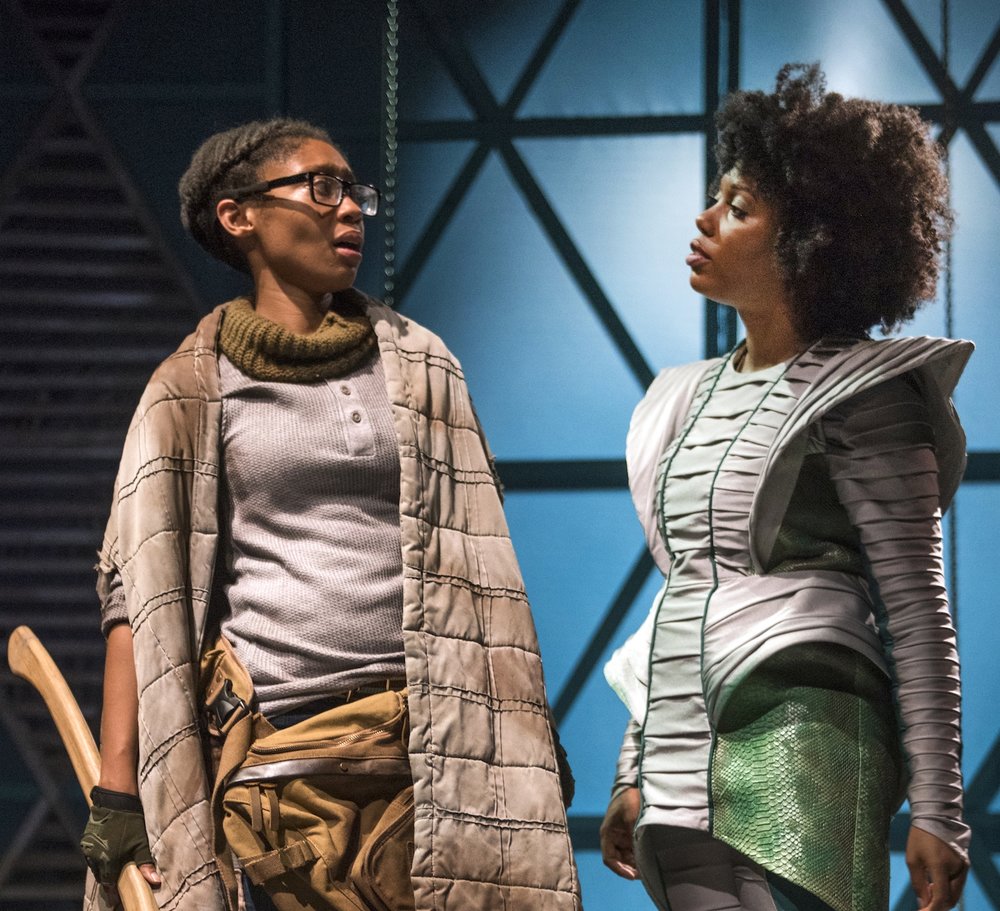 In “Borealis,” the season opener at The House Theatre of Chicago, an ominous letter arrives in an otherworldly Alaska setting to thirteen-year-old Cozbi on a surrealistic adventure to rescue her brother from the depths of an oil corporation. It checks all the boxes of a show from The House: puppetry, mythos, adventure, spectacle and a real message at the heart of the thing. But like many recent shows from this company, it doesn’t hit the mark.

As Cozbi, up-and-coming actor Tia Pinson is thrilling to watch, deftly navigating the imaginative set design (Eleanor Kahn) and guiding us along every step of this labyrinthine story. She’s supported by a wonderful ensemble, in particular a shining and energetic Karissa Murrell Myers as the only office worker who helps Cozbi on her journey, a classic villain performance from the ever-impressive McKenzie Chinn, and Desmond Gray in a heartbreaking portrayal of Cozbi’s brother.

The signature of director Monty Cole is present throughout; the same elements that have led to his meteoric rise as one of the most exciting new directors in Chicago are all present in this new play. There’s the personal touch and keen understanding of sibling relationships that was so powerful in his “Hamlet” at The Gift, and the same creativity and boldness that made his “Hairy Ape” a sensation at Oracle Theatre. But something about this production feels as though his vision and remarkable talent were somehow leashed.

What’s missing in “Borealis” is a sense of cohesion and structure and that comes down to an underdeveloped script. The fantastical elements are not grounded in risk or stakes, the characters are not fully formed, the structure of the story is messy and confusing, even the jokes fall flat (in particular a deeply overplayed repetition joke in Act I). The language sounds uncomfortable in the actors’ mouths as if they never quite know what world they’re in. Consequently, the audience is never sure either.

It’s a discouraging start to a dubious season for The House: this production is the only play in their 2018/19 lineup that’s directed by a person of color, and every other production is written and directed by white men. The lack of femme leadership at The House is as visible in this production as I anticipate it will be throughout the season. For though Cozbi is the hero of the story, she’s an underdeveloped character who’s defined throughout by her relationship to men, in particular her brother. It’s possible that The House has carved itself a niche that is quickly becoming irrelevant. (Emma Couling)