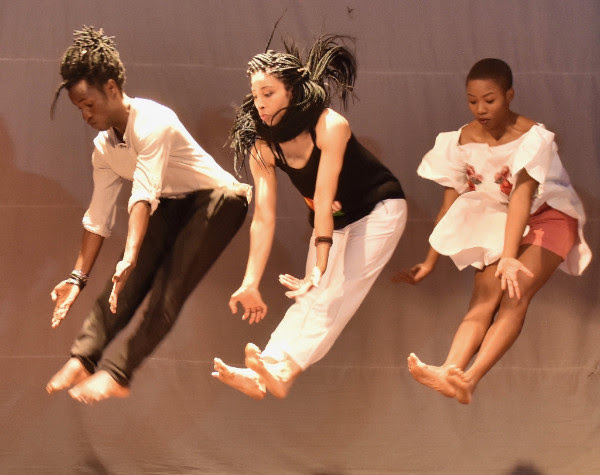 The roots of certain creative projects can be clearly traced through time and space back to a moment of germination well before the thing had a shape or central idea or name. Such is the case with “EKILI MUNDA|What Lies Within,” a collaboration between Chicago’s Red Clay Dance Company and Keiga Dance Company, based in Kampala, Uganda, a long-in-the-making performance which comes to fruition this fall, just in time for Red Clay Dance’s ten-year anniversary. “I’m honored to be able to celebrate at Columbia College because I’m a Columbia alum; it’s where it all started,” says Vershawn Sanders-Ward, founder and artistic director of Red Clay. “Had I not been a student there I wouldn’t have had the opportunity to go to Senegal and meet Jonas [Byaruhanga, founder and director of Keiga]. I know it sounds cheesy, but it really has come full circle, bringing my choreographic ideas back to a space where the seeds were just starting to grow. To be able to see that is an honor and a privilege and a blessing. I don’t take that lightly.”

The genesis of the project, which features four dancers from all-female Red Clay and four from all-male Keiga, is consistent with the process and theme of the piece itself; a dance that might be considered, in a way, about its own making. “We’ve been looking at time and distance,” Sanders-Ward says. “How long it took this collaboration to unfold, and the great distance we here in the United States, who are of African decent, have to our history in both knowledge and actual geography.”

To probe questions about origins, time and distance, Sanders-Ward and Byaruhanga sought to strip away conventional choreographic practices and look at the roots of movement itself. “We didn’t come in with a vocabulary of things to teach the dancers; there was a lot of improvisation. Dancers were pulling from their experience with sports or martial arts and different ways the body moves through life. We wanted to figure out what of that is still influenced by history, culture and ethnicity.”

Sanders-Ward and Byaruhanga met in a three-month training program in Senegal in 2007, at a time when each was founding or had just started to lead fledgling companies. “We saw a common ground of our work being informed by our communities and ‘artivisim’ (language I didn’t have at the time),” says Sanders-Ward. “We stayed in touch over the years and, in 2010, decided to do a collaboration that looked at dance of the African diaspora and contemporary African dance. We were awarded a MacArthur grant in 2016 and were able to start in 2017.” Since then, Red Clay has made two visits to Kampala and Keiga has made one to Chicago, returning again for the performance at the Dance Center.

The decade-long relationship has set the foundation for a bridge Sanders-Ward hopes to strengthen in the years to come. “We want to do more performances internationally, and make that bridge to the continent very concrete,” she says. She also is looking to strengthen foundations for her company here in Chicago, ideally moving from their residency in Fuller Park to a dedicated, possibly shared space that allows them to expand their programming in coming years.