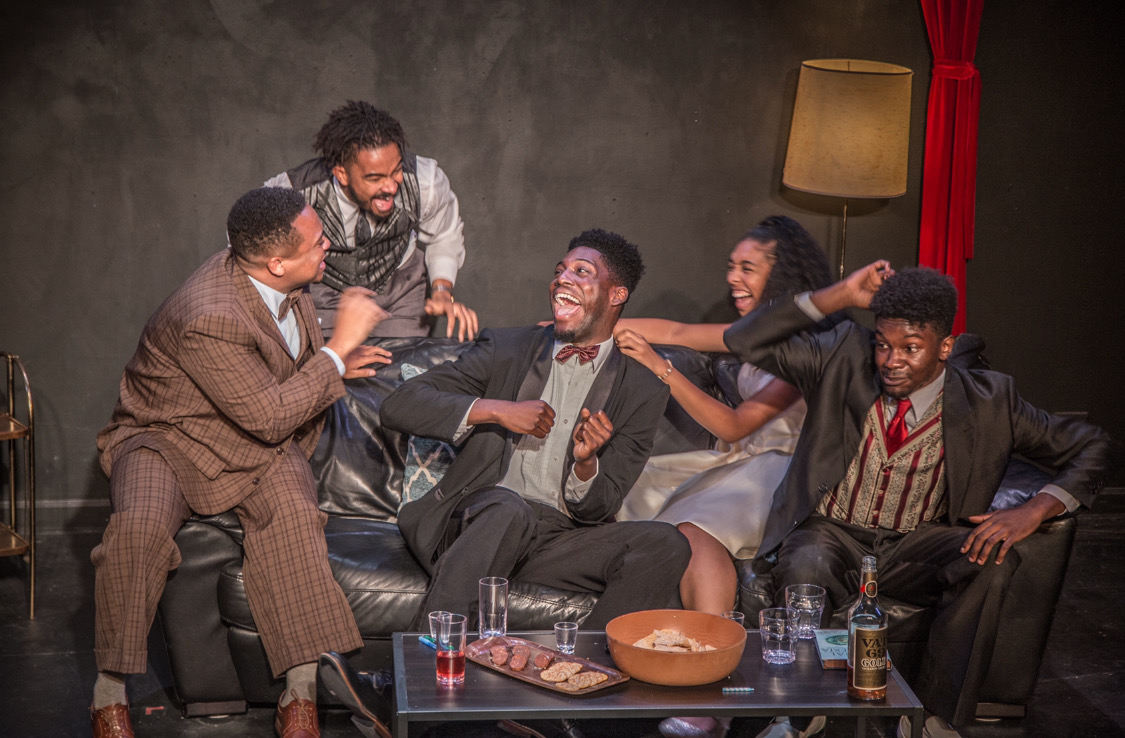 On the night I attended, in the middle of the stand-up comedy monologue that more or less kicks off Young Jean Lee’s “The Shipment,” now playing at Red Tape Theatre, an older white lady reached across and asked a friend of mine to “keep it down.” My friend is black, the show is about race, and that white woman’s behavior could truly not have been more ironic given what we were all there to see.

If I could, I would just write the words “go see this show” and leave the review space blank. Or, if this were more of a digital publication than it already is, I would post a GIF of me walking into a room, inhaling as if I were about to speak, and then leaving it. “The Shipment” left me speechless and more investigative of my role as a critic than I already am. I can provide no summary; it’s not the sort of play that should be summarized. You’re going to have a more fulfilling experience if you don’t know what you’re walking into. And I have no desire to provide an analysis because no play I’ve seen has less needed the analysis of a white person.

Here’s all that I will say: ”The Shipment” is a wild and bold ride written by one of the industry’s most exciting playwrights, presented by five of the best actors in Chicago, directed by shining up-and-comer director Wardell Julius Clark and associate directed by none other than Sydney Charles, who has proved brilliant at everything she does. The performances are a feat of physical storytelling, the design is sharp and smart, the direction is clear. You may be offended or shocked. You will be moved, thrilled and entertained. It’s not a play to be missed. (Emma Couling)