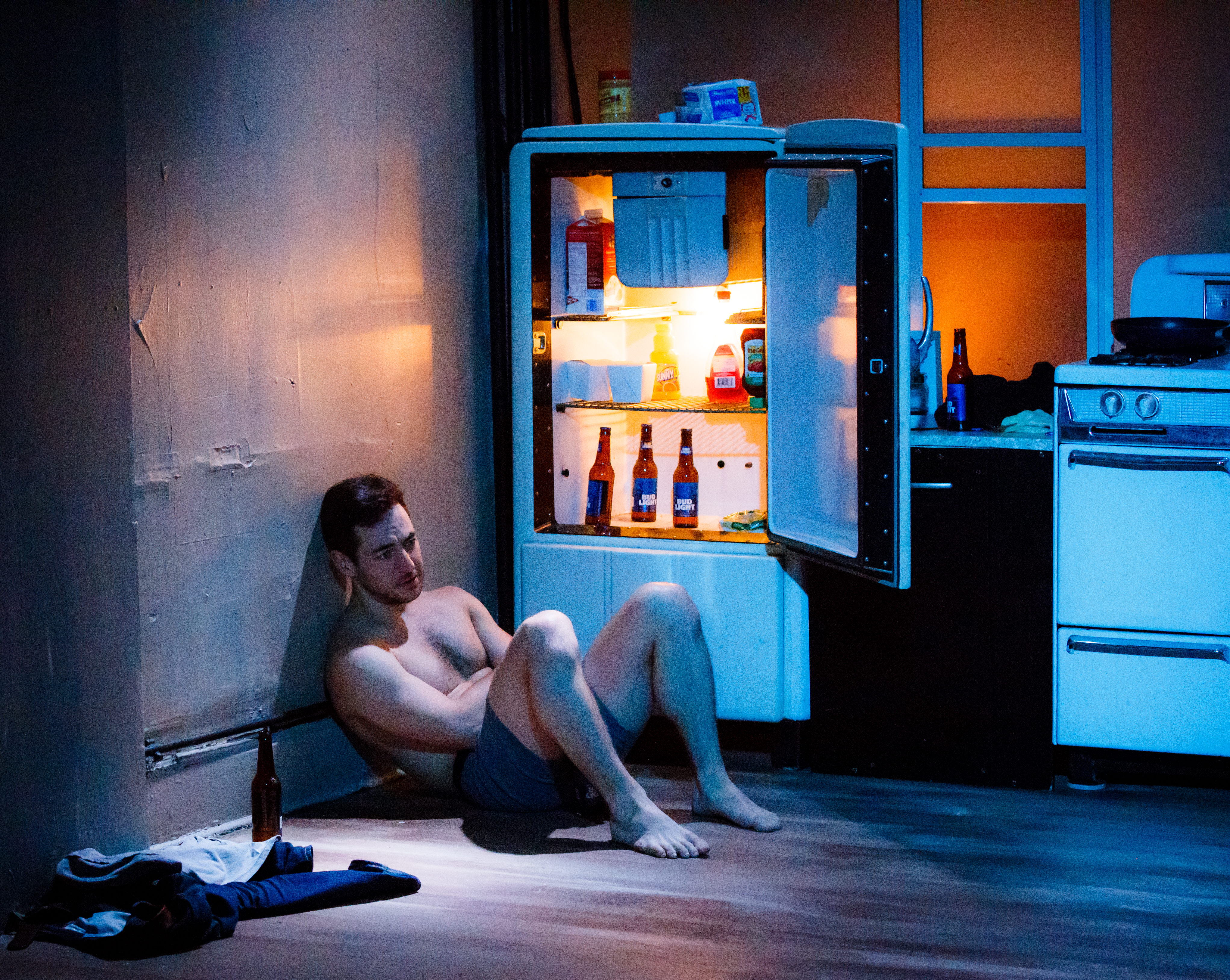 In his director’s note for “Nick & Zoe”—a scramble of sentiments any one of which I agree with but contextualized next to each other read like a teenage philosopher’s manifesto—Adam Webster notes that “being true passes for radical.”

“Radical” can mean many things. But on the level of the fundamental, the radical changes the core of something. That’s what artists are about: communicating a Radical Truth that has far-reaching and deep-seated consequences.

With an all-white cast as well as a cis white male director and playwright, “Nick & Zoe” isn’t on the search for truth. Instead, it’s guided by blue-collar white dude Nick “telling it like it is” and misguided, pampered, privileged Zoe listening to his wisdom and succumbing to his rugged charms. To call this show a male power fantasy would be accurate and would also fall short of how frustrating it is. Nick is portrayed as a paragon of masculine virtue and violent catharsis: he literally kills Zoe’s boyfriend and then pisses on the chest of a corpse after having sex with her.

Of course, we can’t not talk about Zoe whose delicate, politically correct ideas of the world are well-intentioned but fundamentally flawed because she can only maintain them by the haze of lies and half-truths she tells to herself and Nick. The fear of truth is the moral flaw in “Nick & Zoe.” In a work of fiction, that means calling the wrath of the gods on yourself and so Zoe is blamed for Nick’s actions. She does not mean any of the things she says, she can only want to mean them, leaving Nick as the only person with any authenticity to what he’s saying, meaning: “White man, keep speaking the truth.”

Webster’s note again: “…we are entrenched, and we are ill-equipped to deal with nuance. But in the nuance lies the debate. The debate about class. About status. About power.” “Nick & Zoe” lacks that nuance, leaving us with white men waxing empty philosophy, wanting to be validated for provocation. (Jay Van Ort)