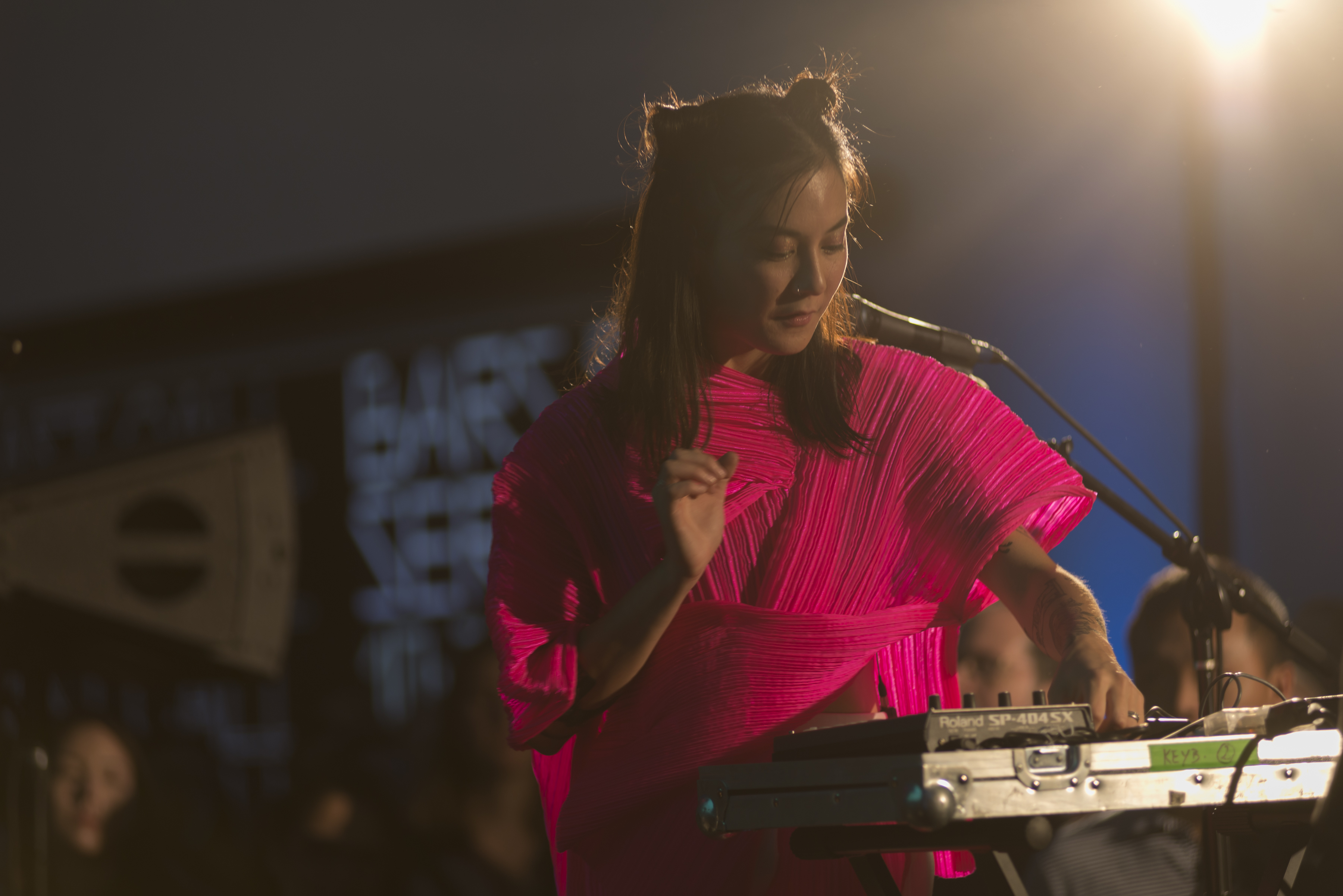 What makes us… us? In an era when technology drives our existence, this anthropological question finds a new level of importance and meaning. The formation of online identities and virtual worlds, the shifting boundaries between the digital and the flesh, and the acceleration of hyperconnected communication has shed new light on the intersection of humanity and its inventions. The technological augmentation of our world has indelibly changed the way we interact with each other and with ourselves.

As part of its “Prime Time” series, the MCA hosted “#FutureSelf,” an after-hours gathering to ponder, discuss and experience issues related to its current exhibit, “I Was Raised on the Internet,” which examines the Internet’s effect on the way we experience the world. An amalgam of person-to-person networking, interactive art and performance, live music and audience-activated film, the evening served as an affirmation of our need for human connection when our social interactions and pubic debates move increasingly online.

At the onset of the night, DJ Hijo Pròdigo created a lively backdrop of subcultural club music as an eclectic mix of artists and other culture makers engaged with museum exhibits, indulged in specialty libations and culinary treats, and immersed themselves in exclusive “#FutureSelf” installations, such as Current Tube. Facilitated by internationally recognized new media artists Nick Briz and Anna Russett, audiences played games based on the most-frequently uploaded videos on YouTube.

Empress Darling Shear offered a fleshier, more intimate experience in the “Emperial Chamber of Secrets,” a conversational performance housed in the staged dressing room of Shear, who wove aspects of gender, fashion, movement and therapy into a candid display of inner and outer transformation. In the same vein, creative reuse group The WasteShed hosted “The Future of Objects,” a hands-on sculptural collage workshop that challenged participants to envision new purposes for old things. Personalized tarot readings illuminated the unknown for those willing to face the long lines of the other eager consciousness-seekers as the sounds of Montréal-based post-punk band Ought filled the museum atrium.

Perhaps the main allure of the night was live musical act Japanese Breakfast, the indie-pop solo project of Michelle Zauner. Zauner’s melancholic sound explores human notions of grief juxtaposed with themes like artificial intelligence and outer space. Last month, in an essay published in The New Yorker, Zauner offered a personal reflection on how family, art, food and culture merge to form her continually evolving identity. Her thoughts in the essay serve as a fitting reminder that despite the pervasive shift of the “self” online, our identities are also inextricably linked to our embodied, offline experience. The MCA’s “Prime Time: #FutureSelf” occurred at the confluence of these disparate realities. (Alyssa Motter)