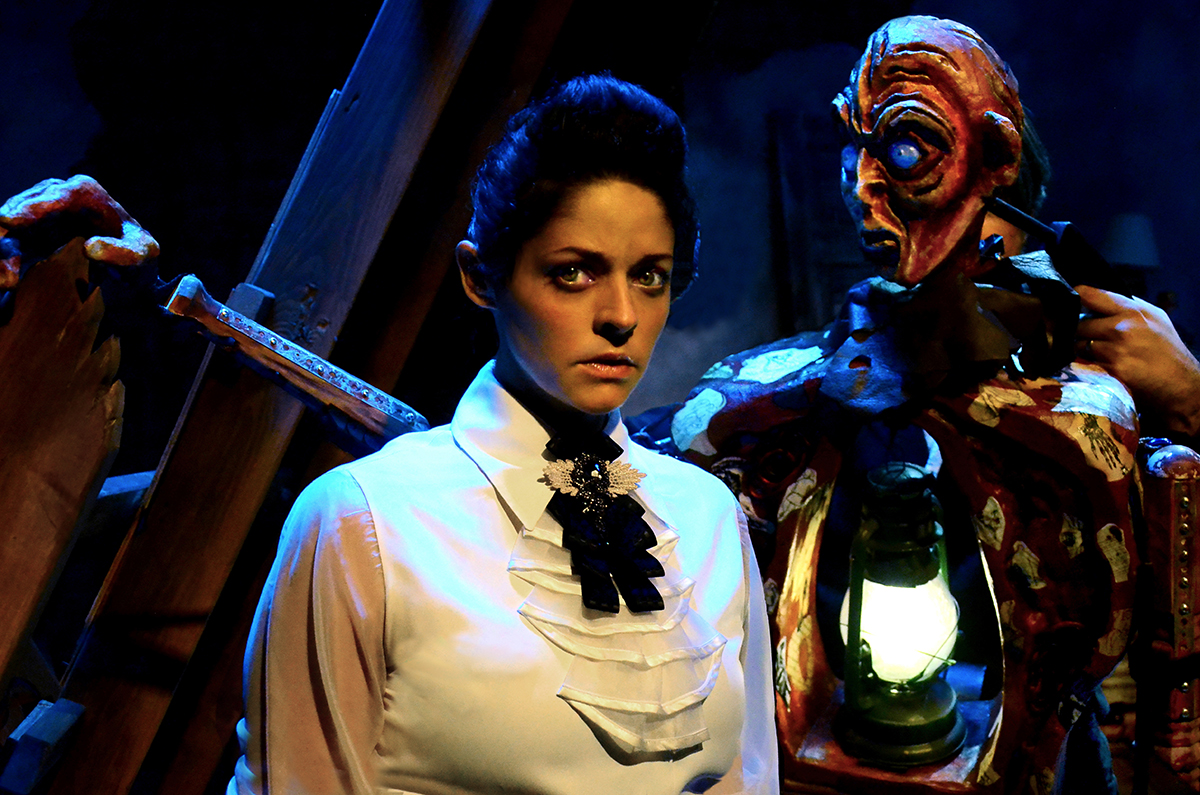 The new adaptation of “Frankenstein” at Lifeline Theatre is visually beautiful. Joe Schermoly’s intricate set design does not disappoint. Jordan Kardasz’s lighting is spooky and ethereal, complete with flickering lamps and twinkling stars. Far and away the strongest element is the puppetry, designed (and presumably directed) by Cynthia Von Orthal, whose creature breathes and dances; it’s impossible not to be enthralled.

But theater is not merely a visual art form and the substance of this “Frankenstein” is lacking. The performances feel wooden, as if the actors are exhausted or otherwise not fully invested. One can hardly blame them, as the script gives very little to work with. Written partly as a method of processing the playwright’s own grief, this adaptation is closer to Jennifer Kent’s 2014 film, “The Babadook,” than “Frankenstein,” despite hitting  major plot points of the novel. There are a great deal of questions regarding whether the monster is real or imagined, as well as whether the overwhelming tragedies that befall Frankenstein are caused by the monster or a mixture of coincidence and responses to trauma. They never call her a scientist or a doctor; we know she’s going to school but we don’t know for what. The interpretation is more fantasy than science fiction, which feels tragic when the novel is commonly hailed as the origin of the genre.

You may be surprised by the pronouns used above and indeed, that is the hardest sticking point: in an attempt to address gender disparity, this production adapts Frankenstein to be a woman, Victoria rather than Victor. Representation matters, and it’s important to have more folks of a historically oppressed gender on stage, but this production, as many similar adaptations before it, misunderstands how differences in gender privilege affect story structure. Making your protagonist a woman is not enough to make the work feminist or inclusive, especially not when that protagonist is defined by actions that are driven by toxic masculinity. A gender-conscious production would’ve had to make larger adjustments than this one to address that.

“Frankenstein” is a story about how dangerous it is for men to have power. Asserting that it is dangerous for folks of a historically oppressed gender to have power defeats the entire point. (Emma Couling)