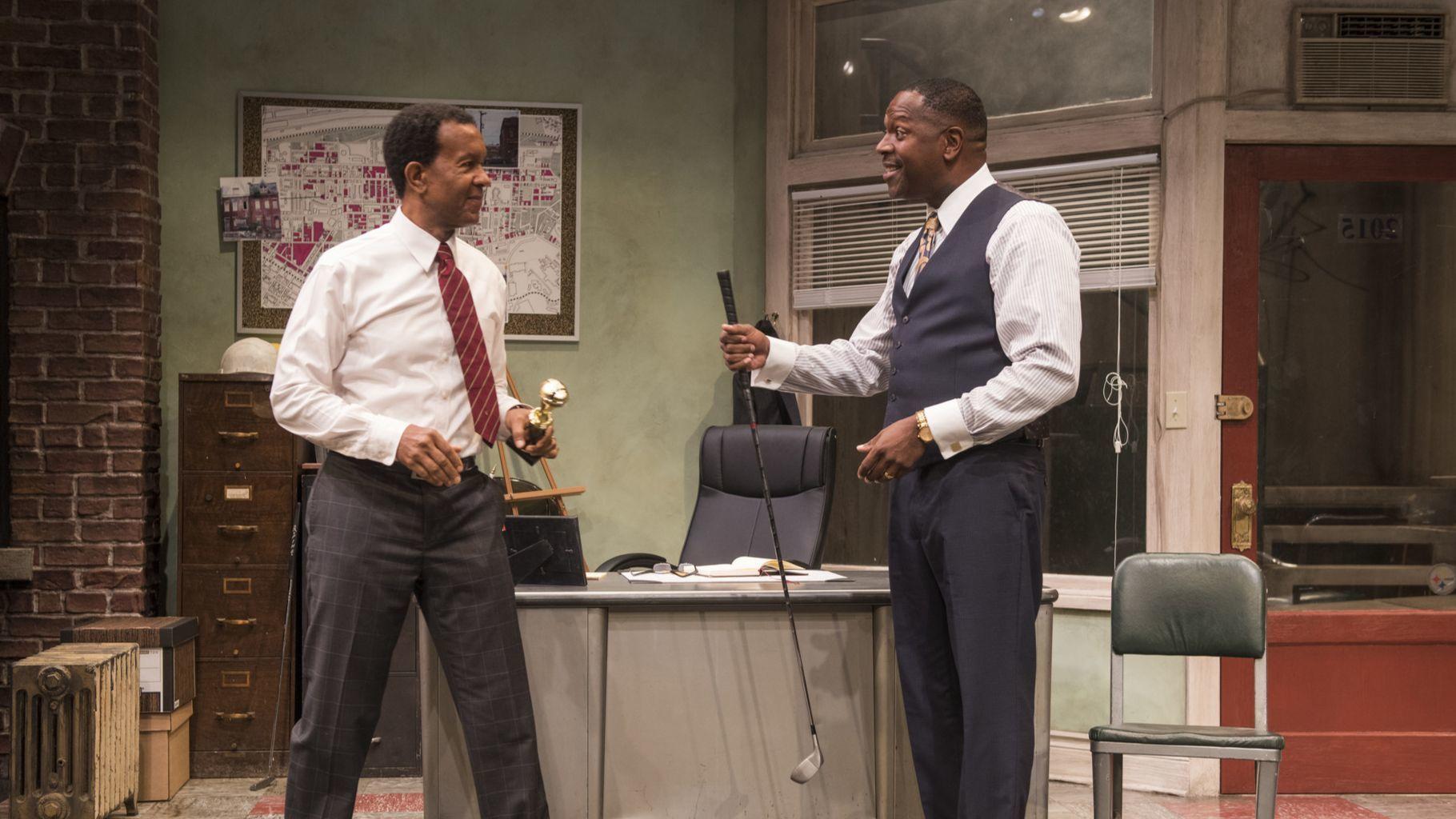 August Wilson told stories. His finest tools, that keyed-in rhythm and deep understanding of people—what we do, what we are capable of, what we are—underscored and heightened each other, building his plays up to modern myth: bombastic and subtle. Characters throw stories back and forth, always privy to the facts of narrative and self: I don’t exist without the story I tell. I mean, my body is here and I can speak to you. But who am I without the memories of my sister or the family cats or walking across the golf courses at midnight? It was so green in the day, then so blue in the dark.

So when Harmond Wilks (Allen Gilmore) tells no stories for so long, we notice. When Roosevelt Hicks (James Vincent Meredith) and Mame Wilks (Ann Joseph) carve plans instead of looking at trails, we wonder: what has happened? These three, who circle around and immerse themselves in the political and financial, can only say so much of substance. Harmond and Roosevelt can remember the battle cry of their youth, but jargon weighs down these relationships and bureaucracy clogs their morality.

“You ain’t gotta study up on right and wrong,” says Sterling Johnson (James T. Alfred). In some ways, this is the sentiment that guides the whole of “Radio Golf,” and, in this way, it is a simple play. As Harmond understands the ways he’s done wrong and tries to steer a new course, the structures that he relies on will force him to jump ship. Whiteness will always decentralize those who want to shift where whiteness lies and capitalism plays lieutenant to it.

But the arc that Harmond takes throughout the play, rediscovering who he is, is more subtle and far more dangerous to the powers that be. It is this story that director Ron OJ Parson brings to the forefront. Once we know who we are, what our values are and what our metaphors are, the right and the wrong are easy. Everything else is small potatoes.

While Wilson’s script is dated—Mame, the only woman in the show, has little stage time or arc and there’s some derogatory language about sex workers—the cast pulls you in and holds you there, with big and small work. It is immaculate. (Jay Van Ort)