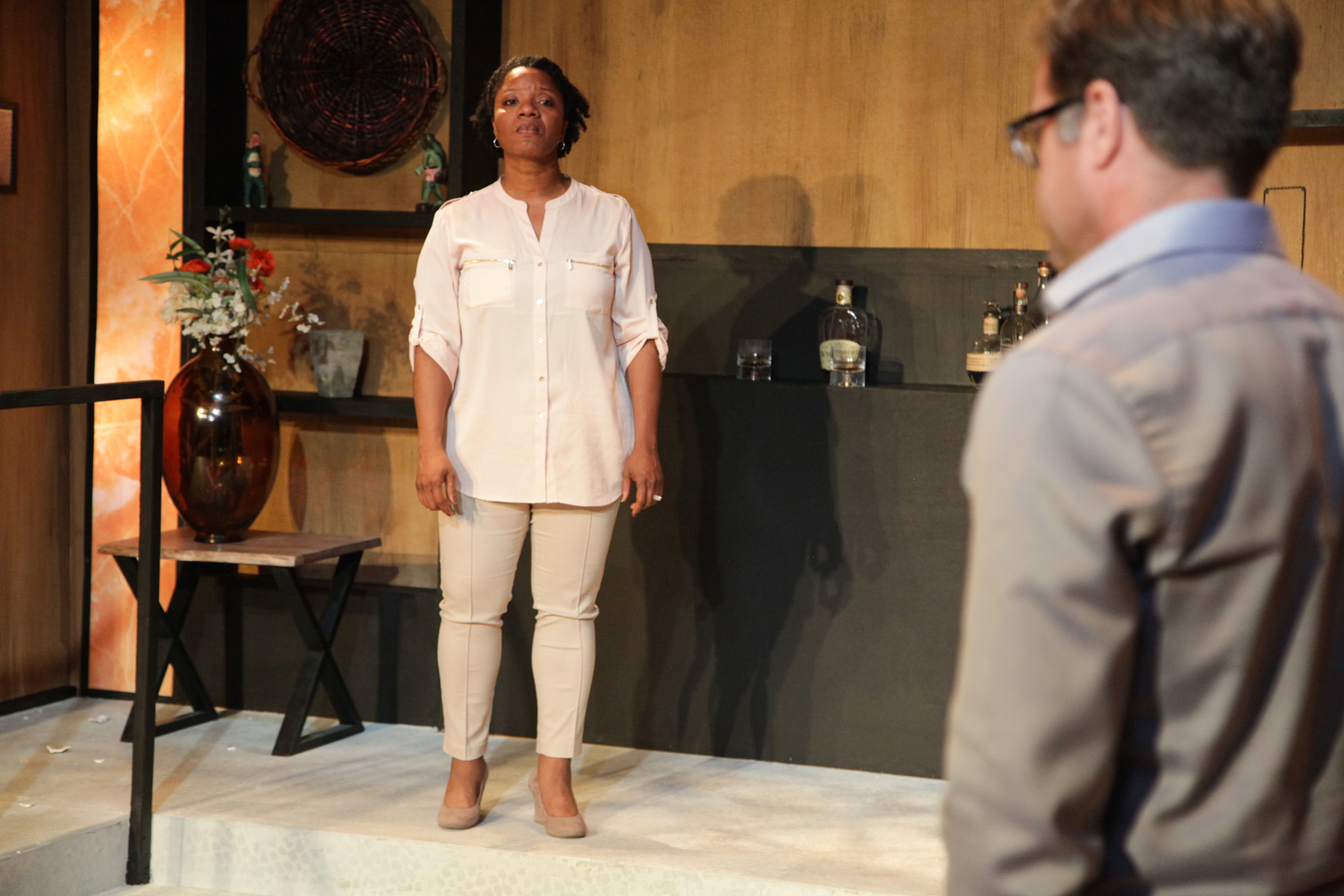 On Saturday, Ann Coulter’s January 2017 tweet saying, “our REAL problem is that many men have no choice but to rape because they have no opportunities to date attractive women” was all over my Twitter feed. The most disturbing connection between Coulter’s tweet, although allegedly sent to mock the logic of Al Jazeera producer Luis Garcia tweeting about immigration, and Edward Albee’s “The Goat, or Who Is Sylvia?” is that the shock hasn’t worn off.

In short, the premise of “The Goat” is that highly accomplished and largely apathetic Martin (Tom Jansson) reveals that he has been “fucking” a goat. There is no polite way to describe what he’s doing when he himself relies on the graphic “fucking” over any other word. And yet, when confronted by his wife Stevie (Elana Elyce), he claims the relationship is one of love. It is in that moment that Martin should have thought to hide any breakables in the home.

Much to the anguish of son Billy (Ryan Liddell) whose homosexuality is a bullseye for this father’s temper, a blow-up turns the tasteful home—skillfully designed by Kerry Lee Chipman—into a war zone. Fittingly, the set features a sunken-room concept complete with columns, providing the perfect atmosphere for this Greek tragedy à la Albee. But in a play so focused on sexuality, Martin’s bemoaned by his son and best friend Ross (Armando Reyes), it’s up to the one woman, per usual, to speak up. And thus Stevie becomes Antigone in the very best way.

While the men are busy being disgusted with Martin’s proclivities, Stevie is the only one who sees fit to call him out. She demands answers, the gritty details, the things no one wants to hear. She is the one who cries “rape” at the action. Stevie even delivers a line eerily similar to Coulter’s tweet. She is the first, and only one, to see Sylvia as a victim. The first, and only, to pose whether or not the act was consensual.

Elyce is well equipped for this battle with moral ambiguity. She toes the line between devastated wife and caring mother heartbreakingly well. Like Greek heroines before her, she takes charge of the situation in the only way she sees fit. When it premiered in 2002, “The Goat” hit audiences over the head. Had Albee gone too far? Is there any way for the family to come back from this? Where is the moral line?

Frankly the big questions should be why do none of the men seem to understand what rape is? Why is the only one calling it out a woman? Why are women always depicted as the only defenders of their own even beyond species boundaries? Are they going to rename their son Billy after this ordeal because, well, goats?

But most importantly: will this play ever not shock us? (Amanda Finn)