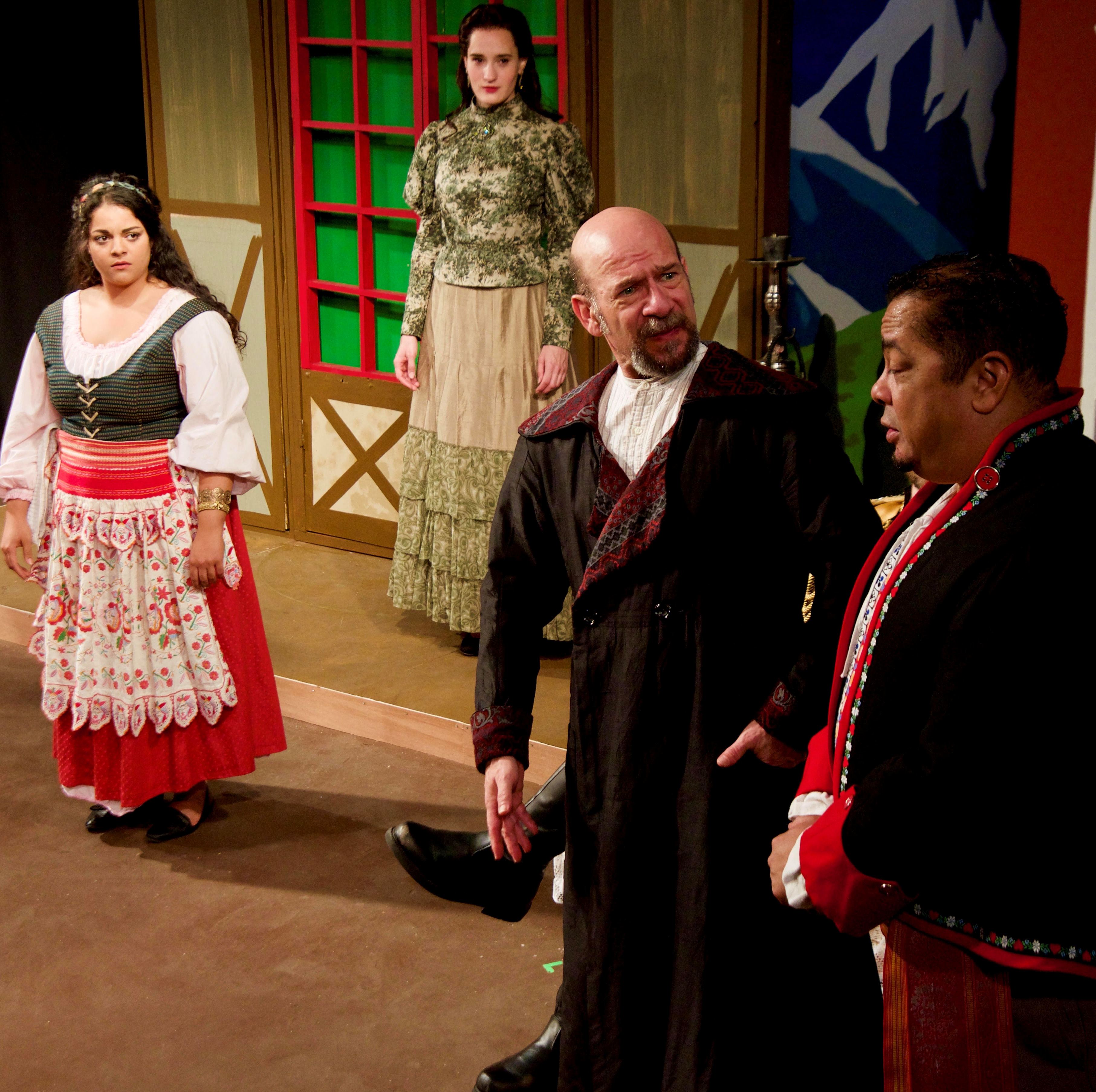 “Oh, to think that it was all true—that Sergius is just as splendid and noble as he looks—that the world is really a glorious world for women who can see its glory and men who can act its romance!” sighs Raina Petkoff (Scottie Caldwell) after she learns of the wartime heroics of her betrothed (Martin Diaz-Valdes as Sergius Saranoff).

Raina is a lovely young lady who lives at home with her parents, the richest family these twenty years in Bulgaria in the time of the Serbo-Bulgarian war of 1885. Enraptured by the stories of all the action she cannot see from her bedroom window, refined enough to wash her hands nearly every day, and understandably proud of living in the only house in the entire nation with its own library, Raina’s simple view of the world is thrown into a tizzy when a Swiss mercenary fighting for the Serbian army (Adam Benjamin as Captain Bluntschli) thrusts himself upon her mercy one November night. At first insulted, then intrigued, she is moved to shelter him and give him succor in the form of three leftover chocolate creams.

All manner of shenanigans erupt among those who allow their manners to dictate their affairs in love and war. City Lit’s production of George Bernard Shaw’s “Arms and the Man” keeps the action brisk and just an eyelash to the sober side of camp under Brian Pastor’s direction. Caldwell is an earnest Raina, well-matched by the understated delivery of puppy-eyed Benjamin. Chelsee Carter and Linsey Falls are archly expressive in their roles as the maid Louka and the servingman Nicola.

“The only men who have no illusions about war are those who have recently been there, and, of course, Mr. Shaw, who has no illusions about anything,” writes the mysterious wit who signs his introduction to “Arms and the Man: A Pleasant Play” with only the initial M. One of Shaw’s early successes, the play remains brilliantly funny in our time, as vanity, greed and love remain problems humans haven’t come remotely close to solving. (Irene Hsiao)