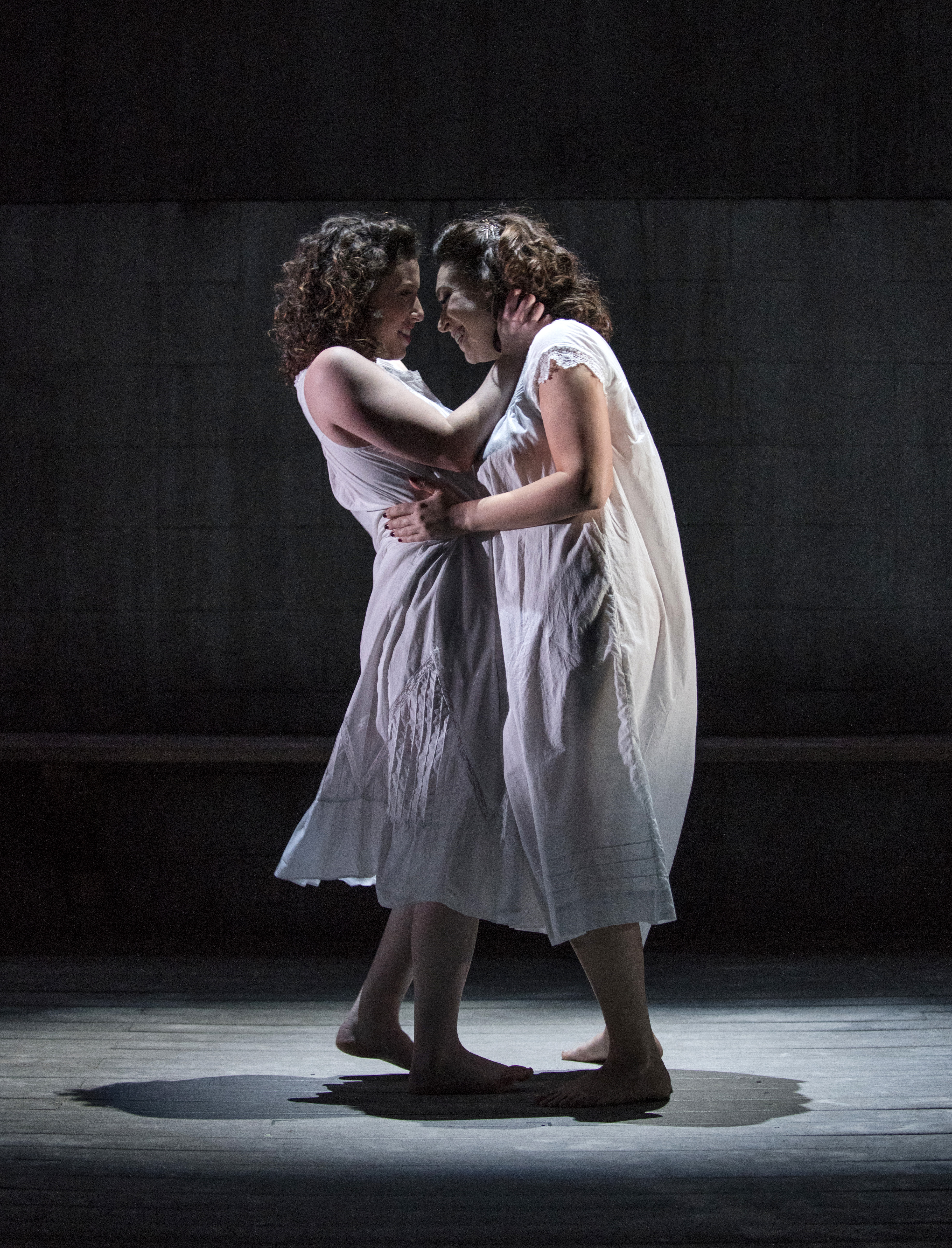 A young man brings his play to be read at a salon. His audience is appalled. “You told me we need plays in Yiddish which are universal,” he protests. “Plays that represent our people as valiant, heroic,” retorts his host. The young man is Jewish writer Sholem Asch. It is Warsaw, 1906. And he has just written his first play, “God of Vengeance,” about a lesbian love affair in a Jewish brothel that ends with a pimp dashing the Torah to the ground. “It’s all in there,” marvels Sholem’s wife, Madje. “The roots of all evil: the money, the subjugation of women, the false piety… the terrifying violence of that father… the two girls in that rain scene.”

We have to take her word for it in Paula Vogel’s “Indecent” (2017), a play about Asch’s play, which was popular enough to have been translated and performed in German, Russian, Polish, Hebrew, Italian, Czech, Romanian, Norwegian and English, and which resulted in the conviction of its entire American cast for obscenity following a six-week run on Broadway in 1923. With its dreamlike structure, a small cast covering dozens of characters, and scenes crossing years and continents in blackouts labeled “A Blink in Time,” “Indecent” is an impressionistic glance at the controversy surrounding something as small as a kiss, as big as representation, and as fuzzy as the rules that include prostitution but not homosexuality as topics for consumption in polite society.

Victory Gardens’ production, directed by Gary Griffin, begins with a rollicking klezmer band center stage, four musicians who play, sing and tap out rhythms on the bodies of their instruments. The way their voices multiply is echoed in the casting—a set of “elders” to play all the fathers and mothers, “middles” to play all the vamps and vices, and “ingénues” to play all the lovers. The way the violin (Elleon Dobias) returns reminds us that no one, however briefly present, fails to have an influence. The ensemble flickers expertly between dialects. Catherine LeFrere turns in an especially vivid performance as the Middle: Halina.

“Indecent” is also about the dead. The cast greets us with dust pouring out of their hands. This really happened. (Irene Hsiao)