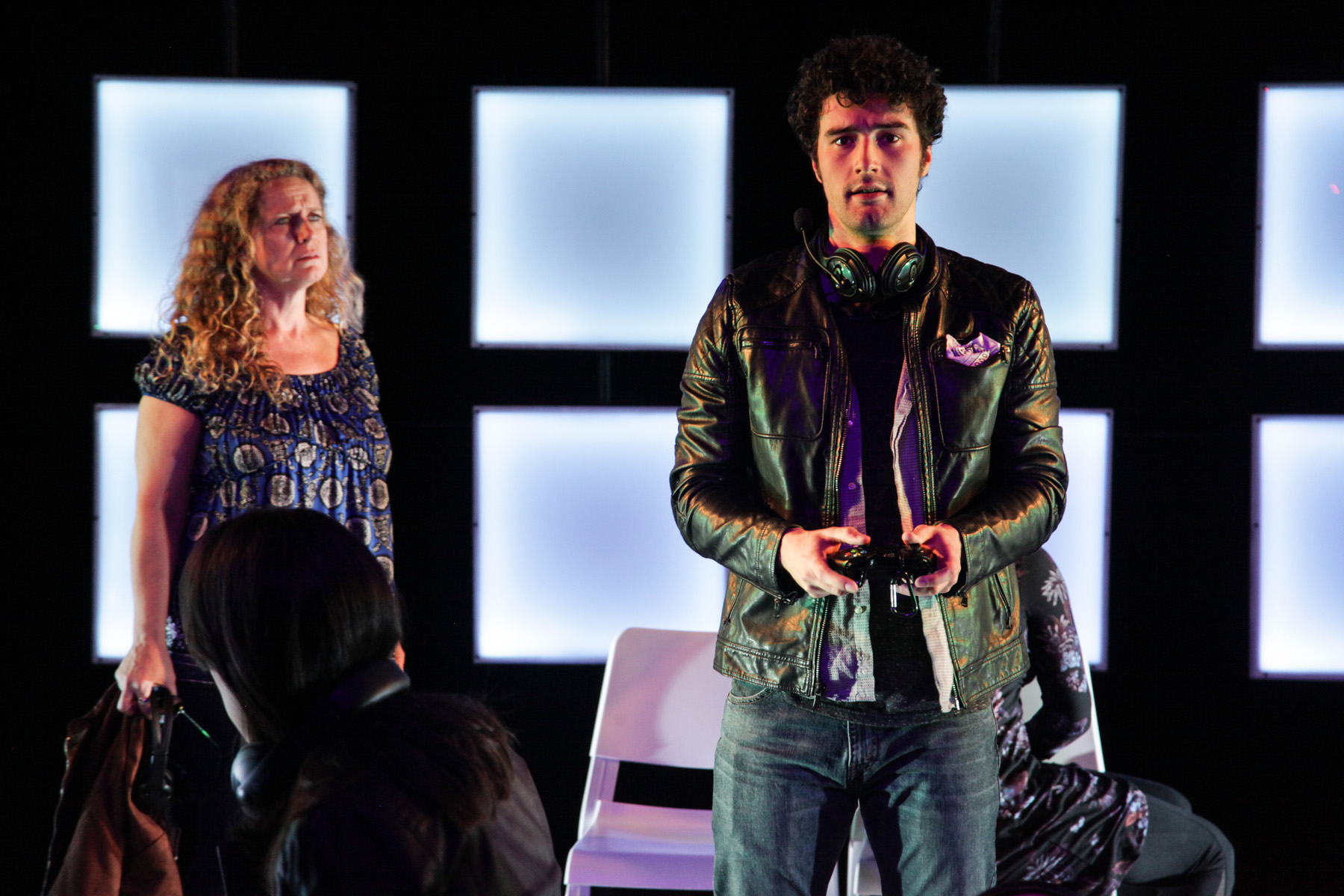 In theory, it’s a good idea for a play. In practice, the intention of the piece gets lost. In showing the protagonist’s thought process and experience, the audience is asked to empathize with the worst sort of man; the kind of man who empowers his cronies to make the lives of others a living hell. In asking us to empathize with him, we are asked to forgive him. And in a world where abusive men hold the highest positions of power in government and are working to make the lives of folks who are not like them a living hell from a federal level, that forgiveness is nigh-impossible to muster.

“Fun Harmless Warmachine” is well-written and provocative, the characters are fully developed and intriguing, the dialogue is snappy and interesting and the plot leaves you with the kind of discomfort that I strongly support. The design elements are in place and most of the actors do a fine job. But the intention of the piece is made less clear by the messiness of the direction. The staging seems unorganized, not in an intentional or thoughtful fashion, but in a way that feels amateurish. The individual elements of the piece don’t come together in a way they might have with a clearer vision.

My position as a member of the theater community in Chicago makes me uniquely privileged, in that I have watched this play as it developed and understand the intentions of the creators. If I did not have that privilege, and if I had randomly chosen to see the play as a typical patron, I would be hurt by it. I would wonder how many more examples of women’s pain we need in art in order to care about women’s pain; how many more attempts to understand men who hurt women we need in art before we come to an understanding that our empathy cannot fix them, that the only people who can undo the damage of men is men themselves. This play wants to hold a mirror up to men, to warn them that it’s easy to become what they might think they hate. But to those of us in the audience who have suffered at the hands of men, it feels like yet another excuse for their behavior, in a universe built by their excuses. (Emma Couling)