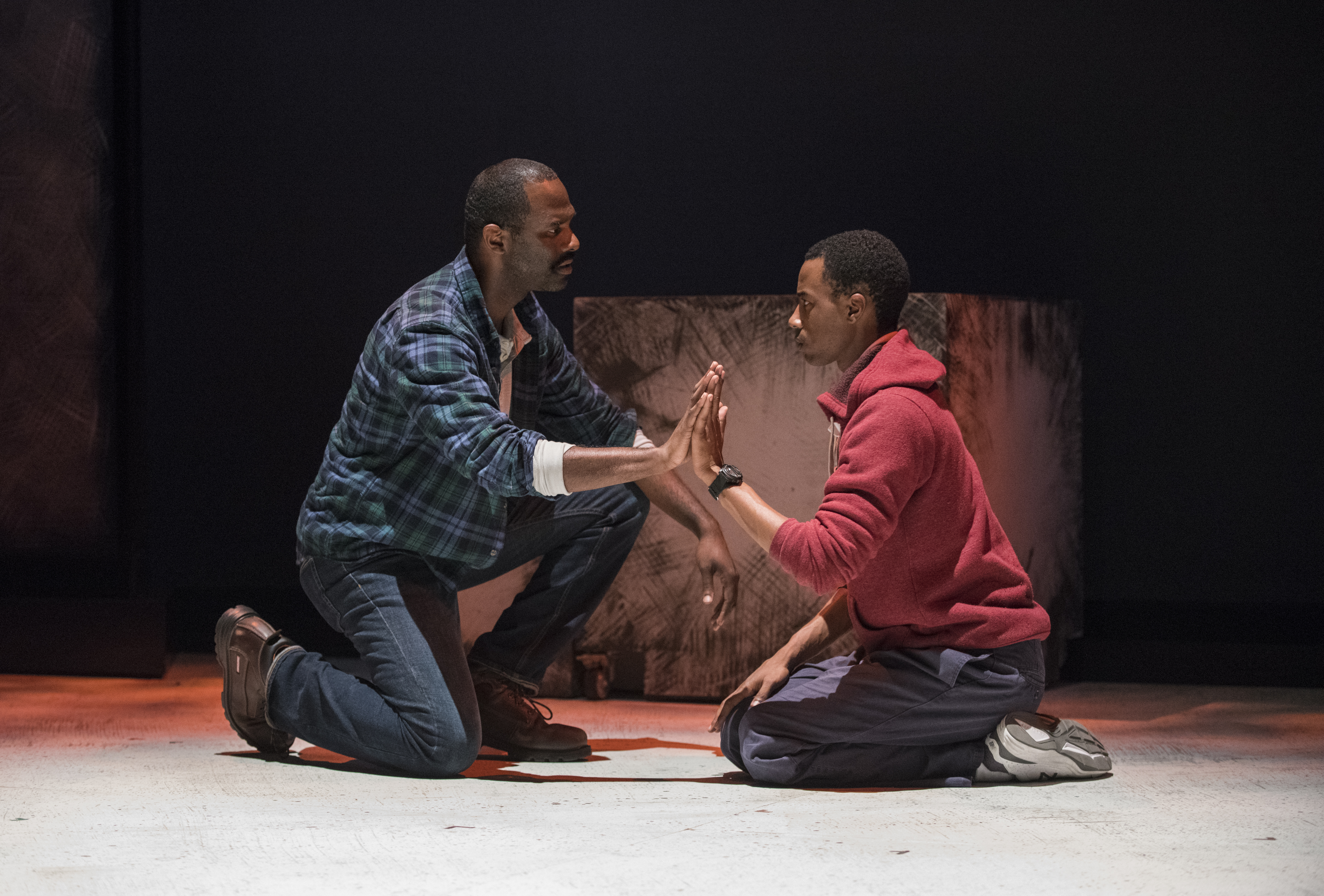 The mind is a funny place.

During the intermission of Steppenwolf for Young Adult’s “The Curious Incident of the Dog in the Night-Time,” the inaugural local production of the Tony Award-winning play (this sentence is worth reading again for dramatic emphasis), for instance, I found myself considering what I would do with the remainder of my evening. A dreary Sunday preceding a national holiday, the day had a split personality: I simultaneously wanted to celebrate and soberly retire.

Then I remembered how, just the night before, I had found Ava DuVernay’s “A Wrinkle in Time” on Netflix, buried under dozens of comedy specials from medium-height white men and other middling original content. I mused that Netflix is a veritable thicket of mediocrity, a landscape better viewed as trees than forest, but that there are certain pleasures in pursuing its algorithmic hints and leads. I wondered if this was the prerogative of some insightful psych-major-turned-programmer, astutely diagnosing our need to feel like the pioneers of our respective entertainment destinies, or if I had simply not used the service enough for it to anticipate that I might deeply appreciate a children’s adventure story about a biracial teenager searching for a missing family member.

Serendipity, it seems, is inimitable, even in Silicon Valley. The paths carved by DuVernay’s update of Madeleine L’Engle’s iconic children’s book and SYA’s “Curious Incident” cover similarly spectacular ground and do so while offering a nod not evident in their source texts, but which adds a wave of meaning. In the case of “Curious Incident,” casting the protagonist Christopher (Terry Bell) and his father (Cedric Mays) as black men in contemporary England is a simple but unmistakably charged choice for director Jonathan Berry and casting director JC Clementz. England is a sociopolitical culture in which whiteness has grown increasingly hostile since the publication of the novel by Mark Haddon, upon which the play is based, as well as the stunning touring production that landed as a high-water mark in a Broadway In Chicago season that notably included “Hamilton.” That Christopher’s mother, who has abandoned him and his father, largely without apology, is white, adds another level of significance to the story, to say nothing of how this twist exposes uncomfortable truths about our perceptions around gender roles in parenting.

Given that the majority of SYA performances are for CPS students, bused in by the hundreds over the course of the productions’ limited runs, the fact that Christopher and his father, as well as some of the character actors playing a rotating stock of neighbors and strangers, look like the audiences this play intends to reach is an unmistakable gesture. However, it also is one that ought to be seen as the minimum standard for casting in a city where racial demographics are moving away from white-majority, even while gentrification forces ever-larger numbers of disenfranchised black and brown citizens out of newly prosperous neighborhoods. SYA is a commendable and successful arm of Steppenwolf’s outreach initiatives. Whenever I see a laudable production here, I always hope that the lessons of its successes will be internalized and implemented by the company more broadly. The evidence suggests that this is not always the case, although there are encouraging signs of progress.

“Curious Incident” is not an overtly “political” text, which is to say that its themes register second to its narrative. This makes it inherently susceptible to the default mode of all-white casting that many theaters still practice, but also makes it ripe for opportunities to flip those unconscious biases on their nose in ways that can make productions stronger and have more impact. Take, for instance, the final moments of the play. Having completed his hero’s journey, Christopher asks Siobhan (Caroline Neff), his teaching aide, “Does this mean I can do anything?” He waits before asking her again. The play concludes before she gives her answer. Given how blackness itself is often treated as a preexisting mental health condition to be dealt with in isolation from (white) society, Christopher’s eagerness to achieve in a world that already views his disability (unnamed in the play but strongly suggesting autism) before his humanity is made exponentially more heartbreaking given the color of his skin. His existence is at an intersection of erasure. It’s not a question of whether Christopher can or cannot achieve, but if the world will let him.

White supremacy is an impediment to black excellence as well as black life, period. With this production, SYA contributes to the dismantlement of the first by promoting the second and the third, using the tools of their privilege to spotlight the places where that same privilege doesn’t always successfully reach. It is an achievement that also highlights just how very far there is to go.

And if none of that means anything to you then you’re still in luck: the trifecta of Brandon Wardell’s lights, Pornchanok Kanchanabanca’s sound and Joseph Burke’s projections culminate in stimulation of the highest order. There is also a very cute (and very alive) dog. (Kevin Greene)