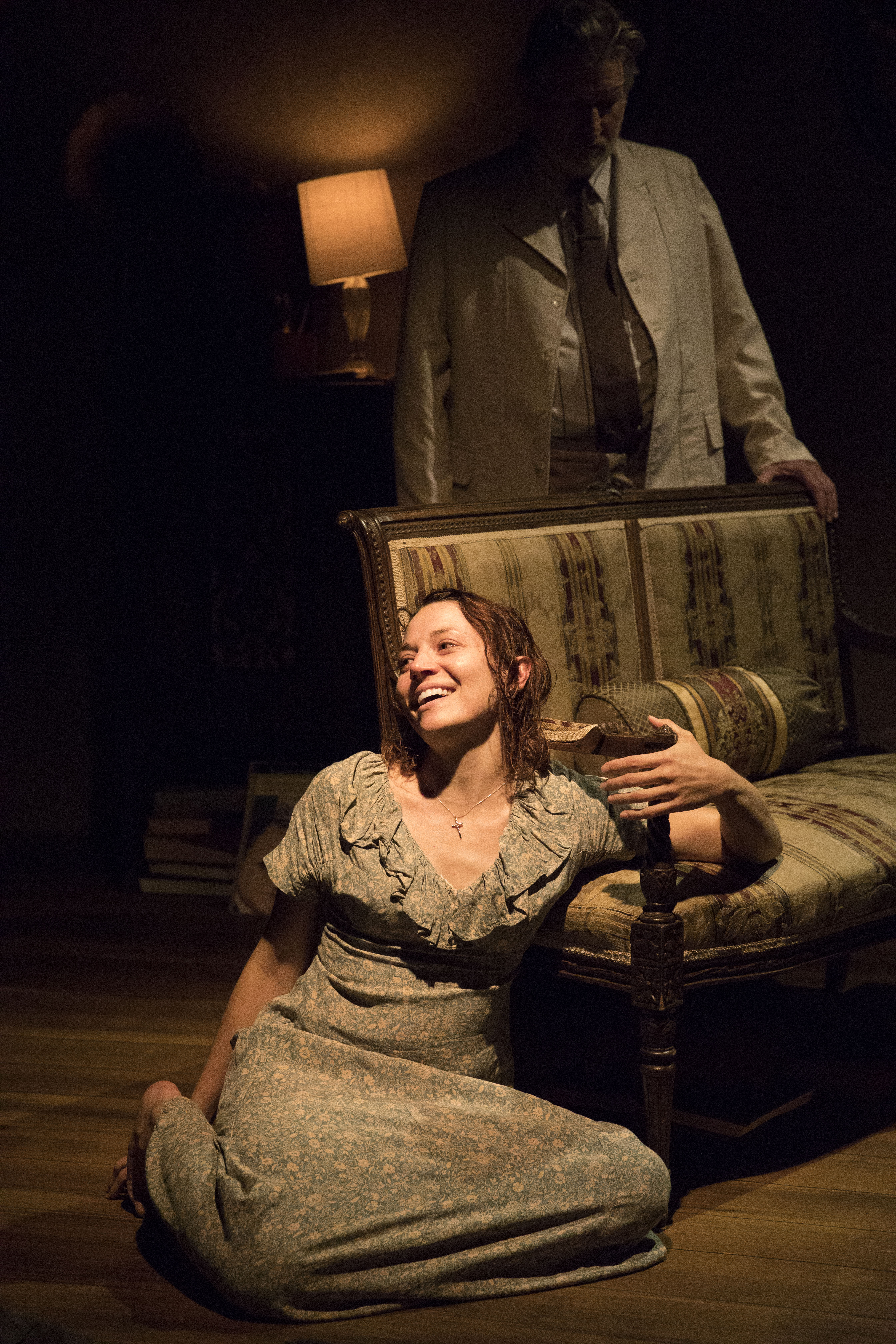 Premise: a series of middling to mediocre men inquire and interrogate Ersilia (Tiffany Bedwell) who became a minor celebrity through a series of accidents that culminated in her attempted suicide. Brought to the attention of a writer (Bob Wilson) who houses her as his muse, she has to bear through retelling and defending her story with the details rearranged like furniture several times over. Christine Blasey Ford didn’t deserve it and watching the same thing happening here does not feel enlightening.

The set is modest and detailed, the performances run the spectrum from passable to marvelous, and Luigi Pirandello’s script fits tidily into the present day, despite being written in 1922. But this production has nothing to add, instead letting us into the same narrative we’ve seen: the men foist their own version of events on to Ersilia and then extract their own vindication when she unwittingly changes a detail.

Staging that exact series of events is redundant. And with no spectacle, it can be flat-out boring. “Naked” has almost no life running through it, with the exception of Bedwell and Darren Hill who strike like lightning in a field. Part of the problem is the set, which is detailed but inanimate. With the exception of a few windows in front, the space is untouched and claustrophobic, making dynamic movement all but impossible. Blocking and physicality are dead stiff. The landlord, Mrs. Onoria (Manuela Rentea), manages some physical storytelling, which she lands to a good laugh here and there.

Walking away, I can’t help but feel like Pirandello’s “Naked” was wildly under-served here. Instead of being a show about the memory and self and what we do to maintain that, it felt like a show about nothing except what it was on the surface, parallel to a situation we’re far too familiar with. (Jay Van Ort)