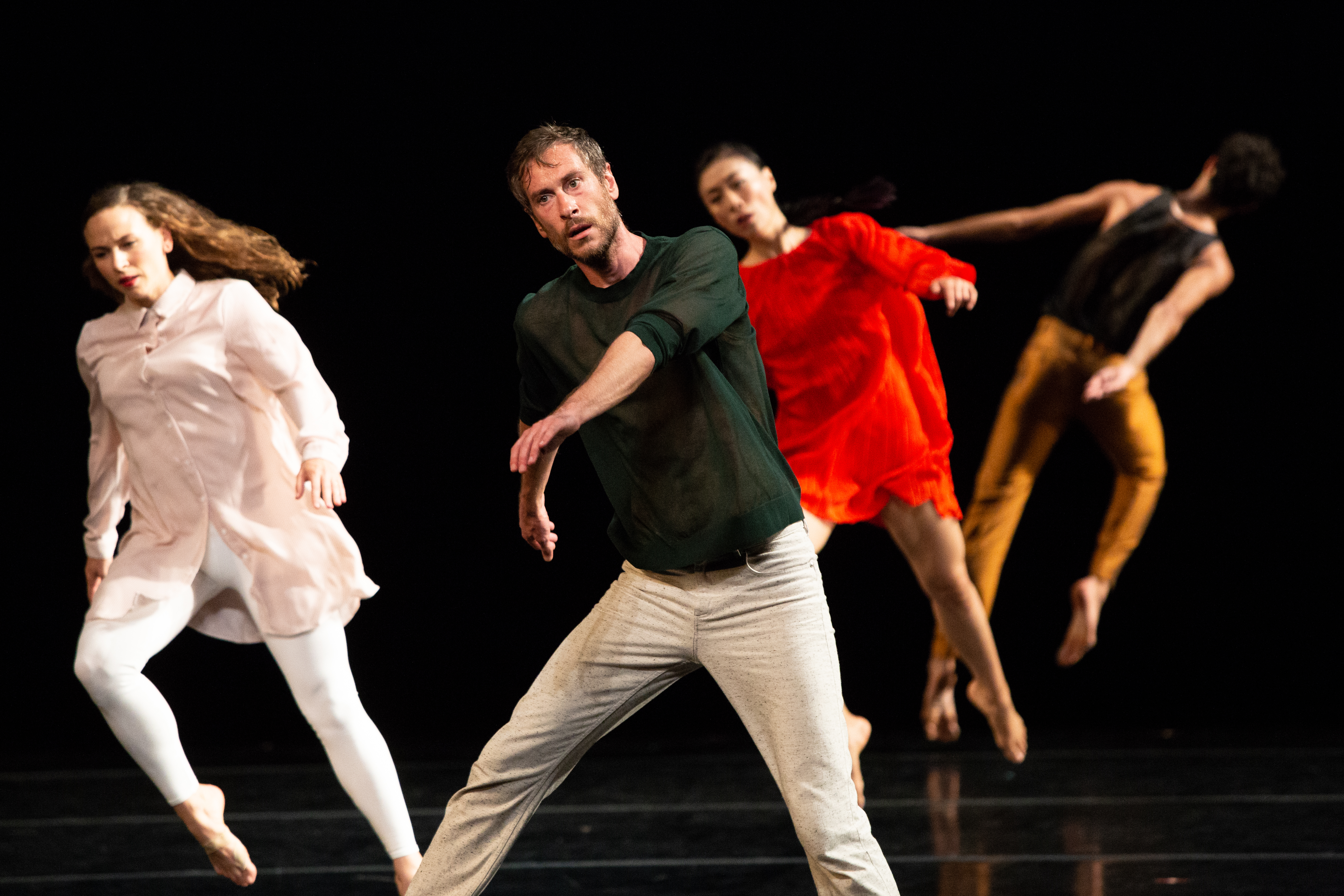 Tere O’Connor makes dances that are far more than the sum of their parts. They contain a multiplicity of meanings, influences and states of being that when combined create a multifaceted portrait of our complex human existence. Often, in times of uncertainty, we try to arrive at fixed understandings and lean on binary thought as a way to cope with the infinite number of variables that compose our lives. However, when we expect answers in a world that offers only more and more questions, this strategy not only fails us but can also leave us befuddled and disheartened. O’Connor’s dances offer temporary relief from this. They provide an opportunity to exercise alternative modes of understanding that challenge us to embrace the full spectrum of our complex perception.

When approaching his work, O’Connor suggests viewers enter an imaginative state of consciousness and invites us to create connections and determine meanings ourselves instead of searching for his intended message. In a recent interview, he stated, “I am not a message-maker. I don’t have a pronouncement to make that I am hiding in a dance. Instead, I work with dance to come to terms with the impossibility of the multiple states of matters in the world. Nothing is one thing. It’s all interrelated and, ultimately, complexity is god.“ Dance serves as a uniquely suited medium to convey this perpetual entanglement because it operates beyond words in the realm of corporeality. In it, we are able to embody and integrate memories, emotions and ideas sub-verbally, which allows for hard-to-define intuitions and interactions to coalesce.

This democratic approach to dance making serves as the basis for O’Connor’s new evening-length work “Long Run,” at the Dance Center of Columbia College. The eight-person ensemble piece, set to music composed by O’Connor himself, modulates between metered time and real time incorporating elements like duration, pace and polyrhythms to build tension relationally between the dancers and between their physical forms against the geometries of the stage. While the work finds its thematic roots in complexity, it tenders a pared-down, aesthetic sparsity that concurrently riles and calms through carefully cultivated structures and forms.

The title of the piece is reminiscent of the economics term, “long run,” which refers to a conceptual time period when factors of production and costs are variable and there are no constraints on output. Conversely, in a “short run,” both production and costs are fixed but fail to adjust fully to the constantly shifting state of the economy. Over the four decades O’Connor has been making dances, he has operated in a long run by bending his choreographic craft to meet our continually evolving cultural moment.

To hear O’Connor’s insightful perspective on the nature and theory behind “Long Run,” be sure to attend the pre-show talk before Friday’s performance. (Alyssa Motter)