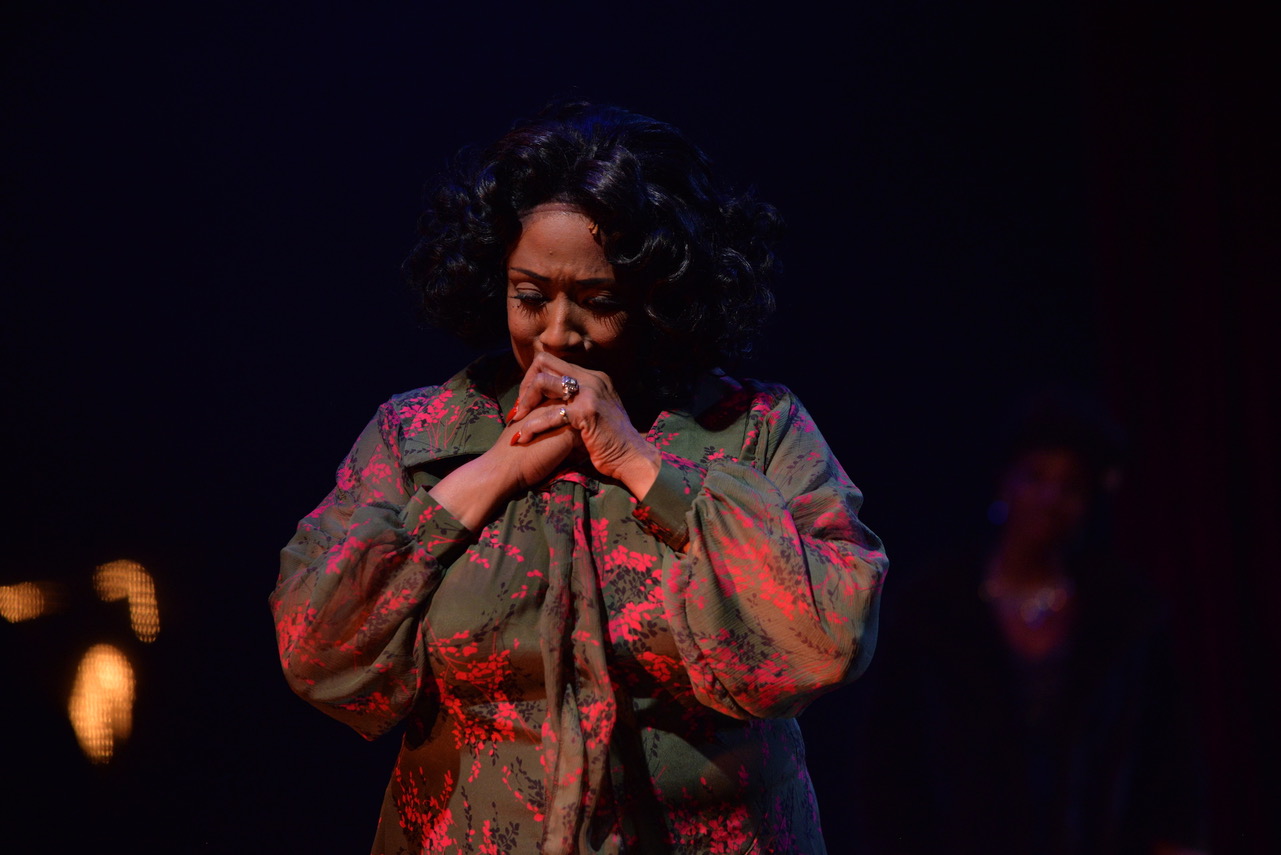 All the world’s a stage. Cliché as it may be, it’s the truth for Mama Rose. She lives, breathes, exists and longs for the stage. For E. Faye Butler, the dream has been to play Mama Rose in “Gypsy” and, by God, she does.

Flanked by visible wings cluttered with props, a rotating proscenium designed by Jeffrey D. Kmiec turns every moment into a stage picture. Backstage, on stage, or somewhere in between, there is no escaping the limelight for Rose and her rising stars June (Aalon Smith) and Louise (Daryn Whitney Harrell).

Butler’s performance booms in that omnipresent theatrical spirit. She’s constantly at a ten. While it makes Rose’s more human moments lack that humanity audiences crave, it pays off when she hits that breaking point. The façade of showbiz wears off, as does the constant self-contained pressure.

If Butler’s soul-baring performance isn’t enough to keep a spirit alight, the young performers of “Gypsy” certainly are. Izzie Rose as Baby June and Jillian-Giselle as Baby Louise are to die for. Also bless costume designer Bill Morey and whoever made the cow costume. Tim Gunn would approve of the fabulous ensembles of this glitzy production.

The “ay-ay-ay” part of “Madame Rose’s Toreadorables” is, honestly, racially insensitive and could do with edits. It might be intended to be kitschy, because the act is supposed to be bad, but it reads as offensive in a modern context. It might have been par for the course in 1959, but almost sixty years later, it doesn’t work.

As if we weren’t already well aware, “Gypsy” makes clear that sometimes the best advice and camaraderie comes from the least likely places. While in real life Stormy Daniels is dropping truth bombs, in the show Tessie Tura (Melissa Young), Mazeppa (Dawn Bless) and Electra (Honey West) are doing the same for Louise.

It’s clear from the moment Jillian-Giselle opens the show by staring, mesmerized, at the instruments performing around her, that what is about to take place at Porchlight is a wonder. When is there going to be an E. Faye Butler cast recording of this show? (Amanda Finn)