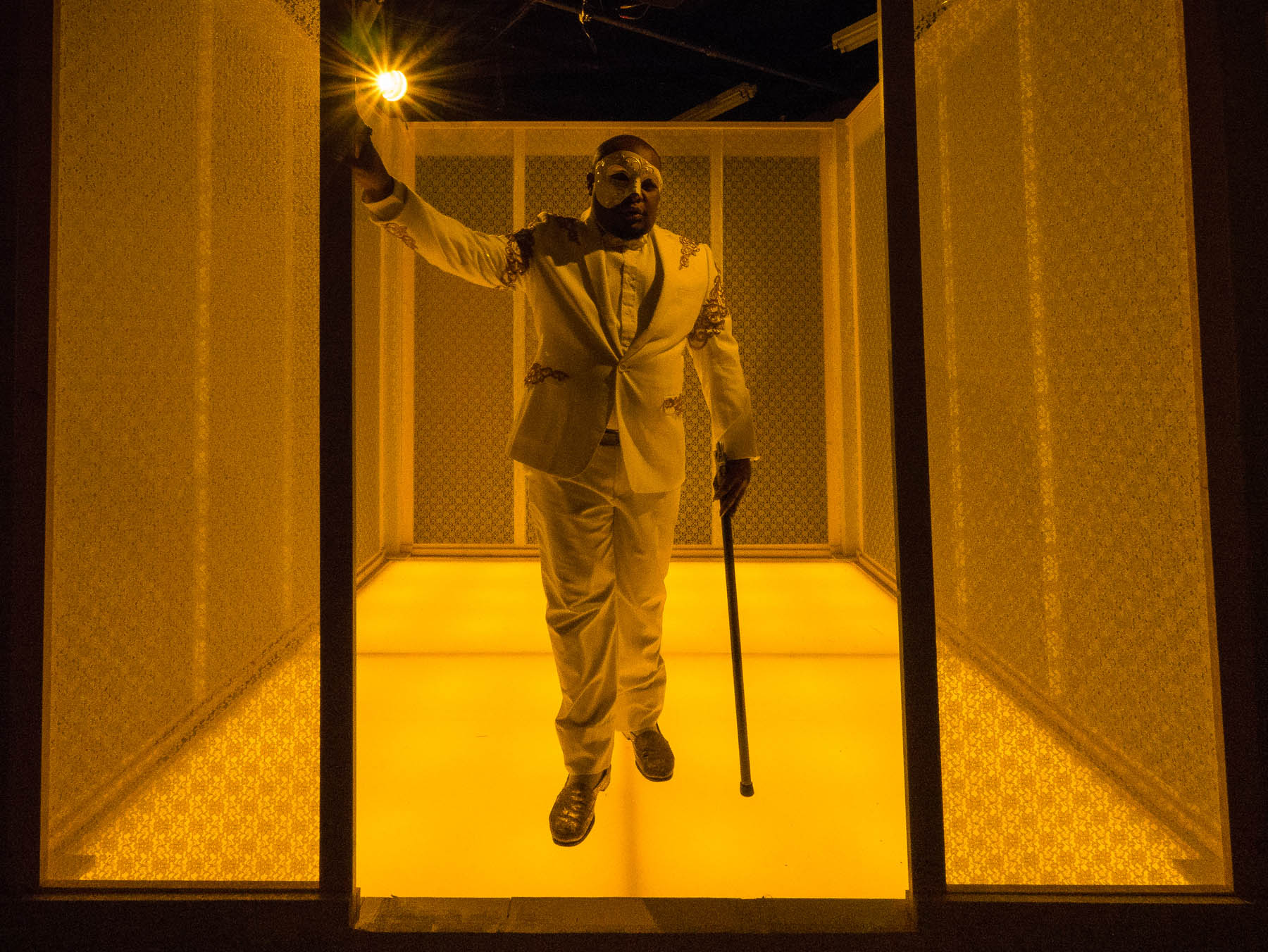 “Masque Macabre,” the season opener at Strawdog Theatre, is a bold choice. It’s an immersive promenade experience somewhere between a gallery and a haunted house, following the loose plot of a young, rich playboy CEO who’s about to get the comeuppance he richly deserves. It’s a strange experience, not without ethereal spookiness, but it stops just shy of success.

I’ve never gone to the theater and felt lonely, but “Masque Macabre” almost requires you to be independent. There’s a lot of ground to cover and a lot of plot to listen in on, so it’s hard to form a communal experience. For my part, I felt that at the precise moment where “Masque Macabre” might have cultivated the sort of mutual empathy theater can evoke, it ended, abruptly, and in slight confusion.

My hypothesis is that it’s either best to go to this show twice (which, at $50 a ticket, would be cost-prohibitive to many) or to get a party together to go with you so you can compare notes at the end. The best idea might be to choose a character and follow them, but this could result in a relatively calm evening sipping cocktails and not seeing much of anything by way of a plot while your co-conspirators are watching the exciting bits in the other room. (Emma Couling)