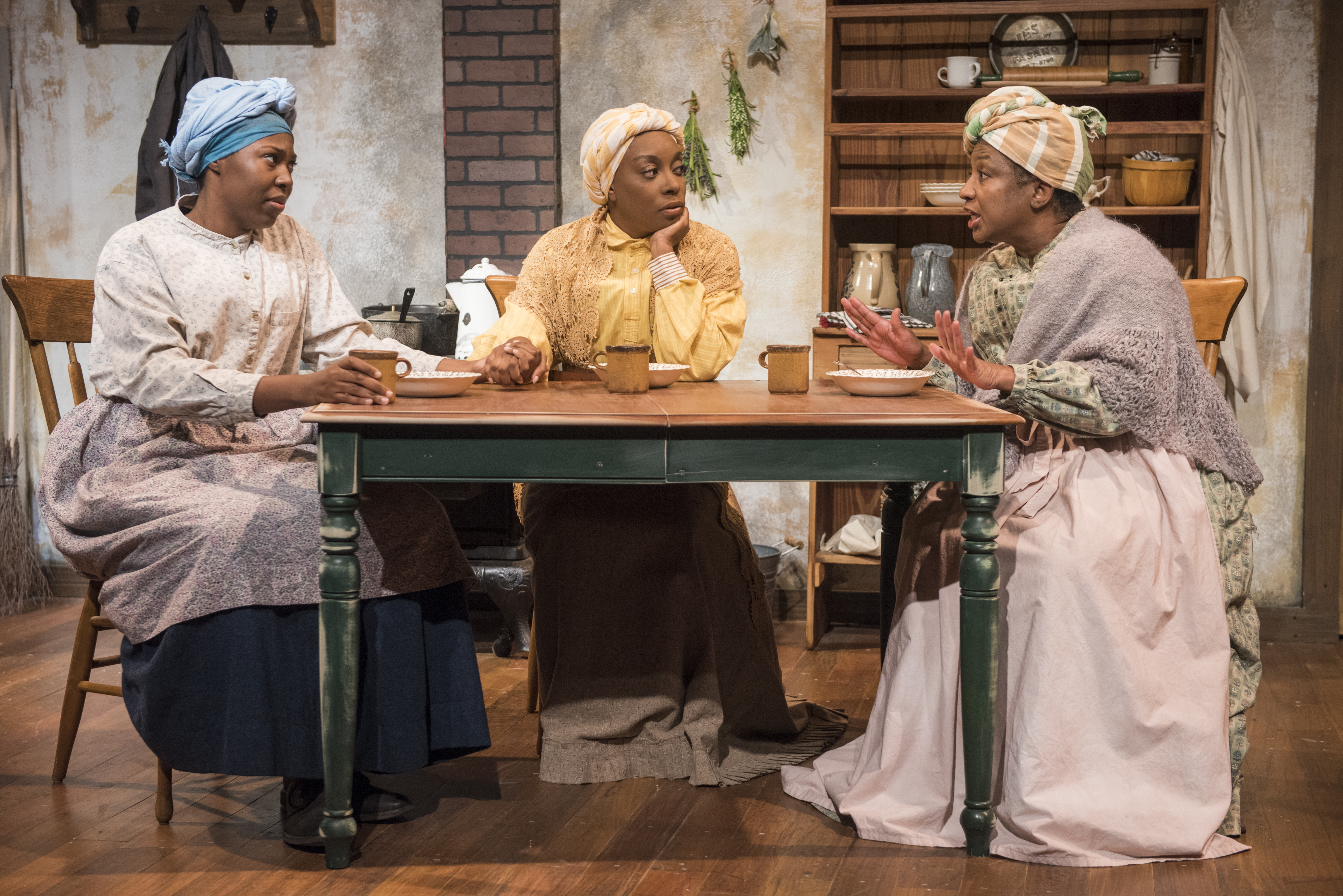 In 1877, a small town named Nicodemus in Kansas was formed by a community of black folks who traveled there from the South to escape the violence of Restoration and Jim Crow. It stands today—a few original buildings designated as national historical sites—but it’s largely forgotten. Pearl Cleage’s stunning script “Flyin’ West” is here to resurrect Nicodemus’ memory.

The lovely production at American Blues Theater is somewhere between a classical melodrama and a Western. Featuring a stellar ensemble, “Flyin’ West” tells the story of a few black women pioneers who lived in Nicodemus and the struggles they had to overcome, not the least of which was domestic violence.

I would say it was hauntingly relevant, if the ghost of domestic violence weren’t always relevant in America. But what sets “Flyin’ West” apart from other stories with these themes is how undeniably strong the women who are fighting through the situation are. Each nuance is played to precision and each perspective is brought forth thoughtfully and generously.

Act one does drag a little, but act two is nothing short of thrilling. The monologue delivered halfway through act two by Joslyn Jones is one of those performance moments that you’ll never forget. The final moment of the play is visually stunning. And the sense of justice in the play is satisfying and cathartic.

It’s exactly the sort of show American Blues Theater should be doing: poignant and pertinent, elevating the voices and stories of people of color, while being rooted deeply in the history and identity of our nation. (Emma Couling)