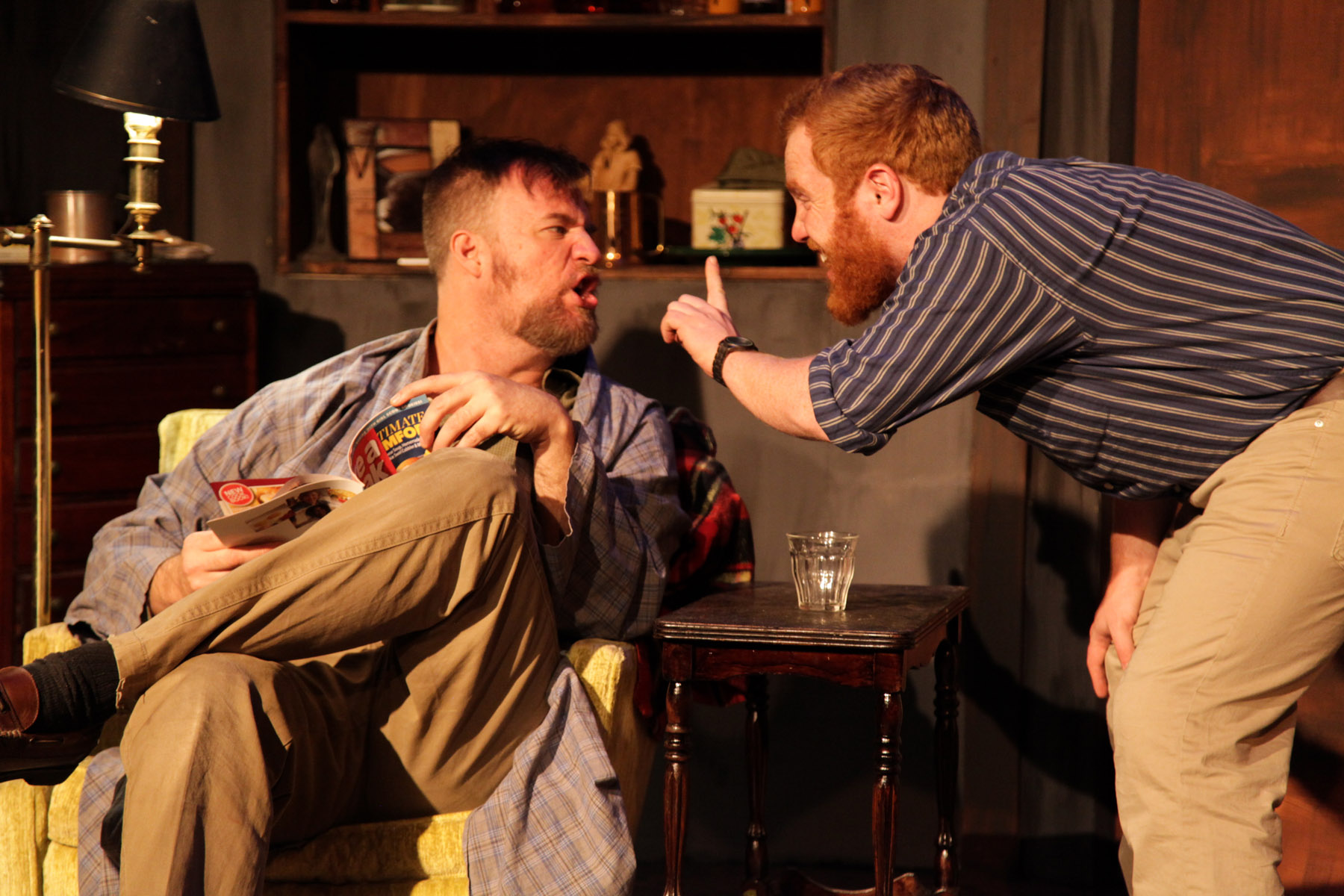 The oldest stories aren’t of love but of murder—Kronos slaughtering Saturn, Cain slaying Abel, succession of power by brute force over blood. Martin McDonagh’s “The Lonesome West,” about two brothers who live in a claustrophobic den of violence, rivalry and mutual contempt seems driven by primal energies familiar to Greek tragedies and Old Testament stories. However, Coleman (Robert Tobin) and Valeen (Dylan Todd) have no crown or queen to justify their fights. Instead, they bicker over poutine and plastic figurines, pride lost on the schoolyard, what brand of potato crisps they ought to be eating, each pound or cup of tea that each owes or steals from the other. It’s foolish and appalling. But then, isn’t everything?

The only people who intervene in the brothers’ beating sprees are Father Welsh (Mark Tacderas), an alcoholic priest with a shaky view of Catholicism, and Girleen (Phoebe Moore), a wisecracking schoolgirl who peddles bathtub gin from her knapsack. Otherwise the Irish town of Leenane has only two types: those who would murder and those who would rather off themselves—the former with axes and shotguns, the latter by a steady, cool march into the sea. The mood is bleak and joyless throughout, broken up by anxious gawking at tabloid miseries and fistfights. Any excursion into love is rebuffed by fate and the absence of faith.

Under Dana Anderson’s direction, AstonRep’s production is executed with a sincerity that leaves one bereft over the progress of humanity. Tobin and Todd have a complementary viciousness that seems born of excessively long acquaintance. Tacderas is moving in his role as a shiftless, despairing priest. Moore is about as lovely a weed as might grow in such terrible soil. (Irene Hsiao)