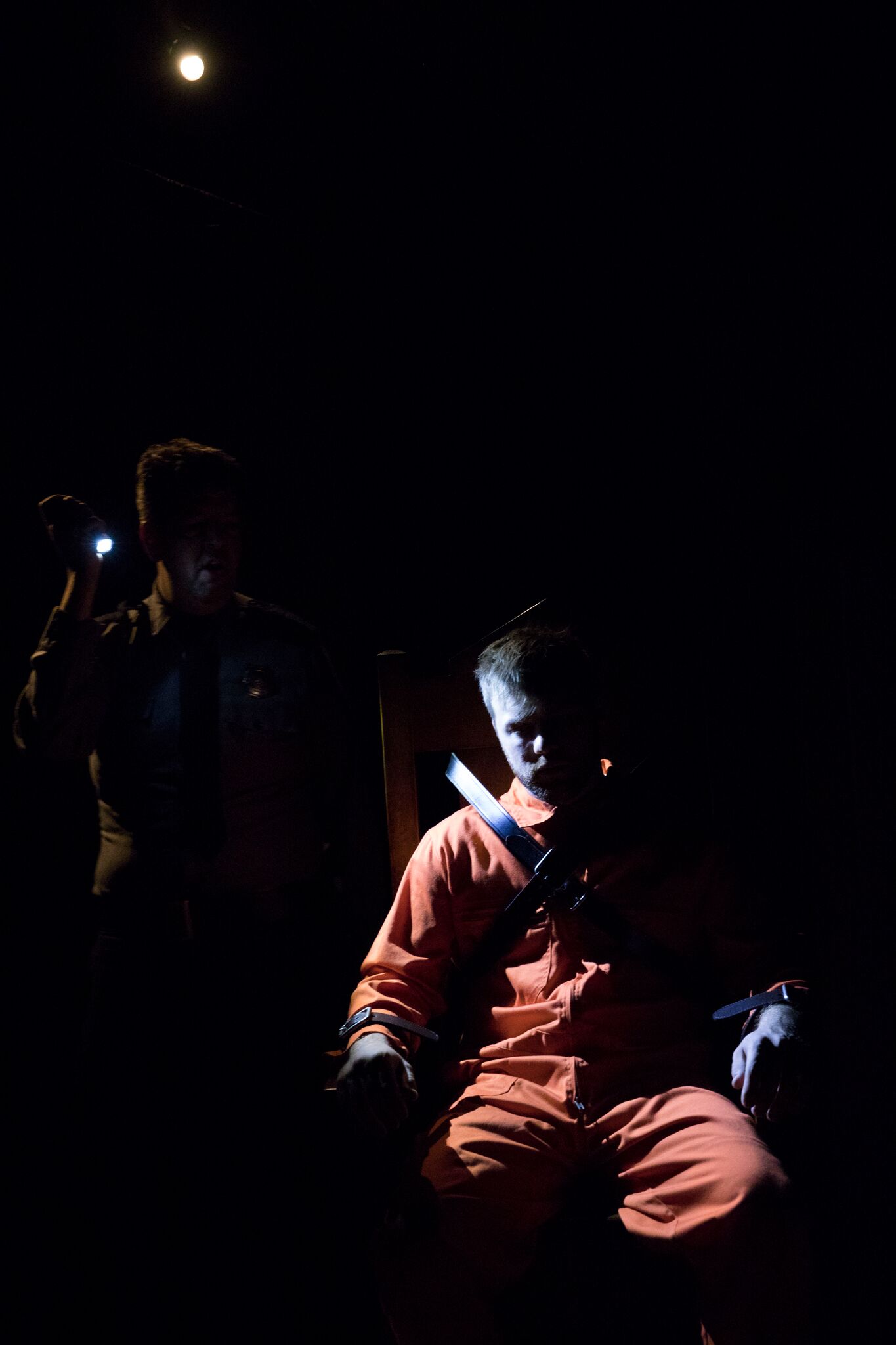 There’s something about Trap Door’s little garage that keeps me making the hour-long commute when a new show pops up. I don’t know why. My appreciation for their work comes and goes. As a theater company whose claim to fame is their premiere and Eastern European-import work, that might be it—I have a soft spot for accomplishments of style and polished, opaque art.

So much so that this is the second show I have seen there in a two-week span and these two have left a shadow stepping at my feet. The first show in their off-night series, “There is No Power For the Electric Chair” by Alexander Sekulov is expected. There is an executioner (an upscale security guard played by Christopher Donaldson) and a masked, bound convict (a too-smart trickster god played by Logan Hulick). The convict sits in an electric chair that, surprise, loses power. In a soundproof, isolated chamber, they engage in dialogue, as the executioner tries to regain footing without any guides, and the convict tries to convince his captor to let him go.

Hulick’s delightfully unnerving smart-ass aside, it’s essentially a performance of Socratic dialogue about authority and politics: there’s a lot of talking and very little action. Sometimes, the lights flickered, getting the person next to me to put their phone away and reinvest, only to pull the phone out two minutes later as the dialogue fell into dreary philosophical punchlines. There’s something book-like about “No Power” that detracts from its imaginative liveness.

Trap Door’s work is precise and thoughtful, but the more time I spend there, the quicker that shadow catches up. This political, intellectual art that comes from across the sea is too far removed from our American sensibility of the stage (placed firmly in the tradition of entertainment) as well as our politics (placed firmly in the space of individuals and emotion) to resonate in a more meaningful way. Instead, it isolates itself from the world outside its doors, leaving one long thin thread trailing all the way across the continent and toward the Balkans.

Valuable? Certainly. But to return to those influences almost exclusively does nothing but keep the work inert, in a garage in Bucktown. (Jay Van Ort)