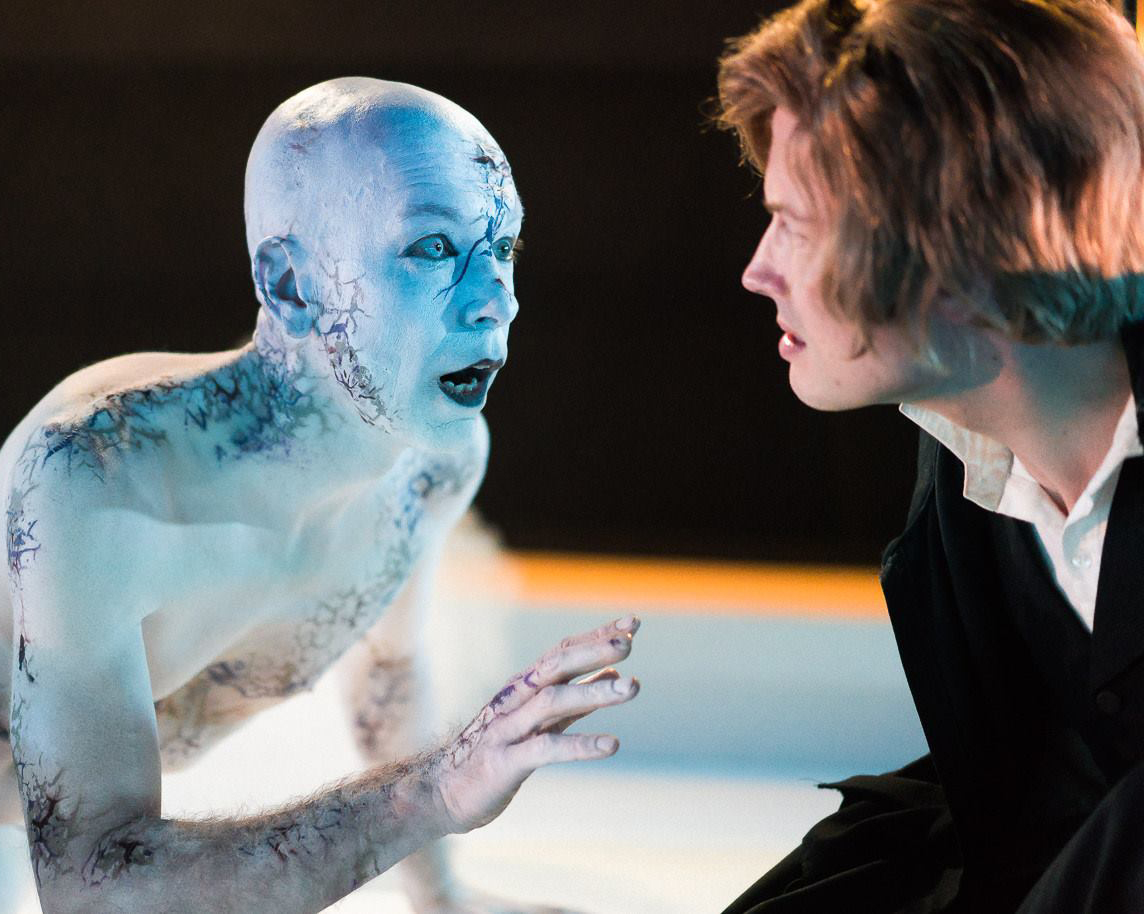 The most recent in this year’s “Frankenstein” lineup has some of the loveliest design choices I’ve seen in a while. Joe Schermoly’s striking white set, which at first seems dull, deconstructs before your eyes as the play progresses, leaving the detritus of each scene behind as we move on to the next. The backdrop cracks open in time with the breaks in the Creature’s heart. At one moment, water falls as he stands in a thunderstorm. It’s stunning, to say the least. The moments of the play are framed by a beautiful soundtrack composed and designed by Christopher Kriz and lit beautifully by lighting designer Mike Durst.

The script is half of a good idea. Almost entirely told from the Creature’s perspective, the play shows his struggle to understand humanity and to assimilate into it, ultimately failing and seeking revenge, not because it’s the monstrous thing to do but because it’s what a human would do. The play succeeds beautifully at this until about three-quarters of the way through, when it switches to Dr. Frankenstein’s perspective in what seems to be an effort to make him relatable, which fails.

As with many interpretations of “Frankenstein,” this one hammers the question of “who is the monster and who is the man” pretty hard, not least by having its two lead actors alternate between the key roles every other night. Frankenstein and the Creature are literally interchangeable. It’s an interesting idea, and the distinctions between the performances are fascinating, too. Nick Sandys’ physical training is visible; he leaps about the stage in complete control of his body. Greg Matthew Anderson seemed less comfortable but no less moving.

As productions of “Frankenstein” go, this one’s not a bad one. It’s far from boring. As Ian Frank mentions in his director’s note, it’s rare to see an adaptation of this story that adheres to Shelley’s 1818 novel. Though not without flaws, it’s close to what you can ask of a theatrical adaptation of this iconic story. (Emma Couling)