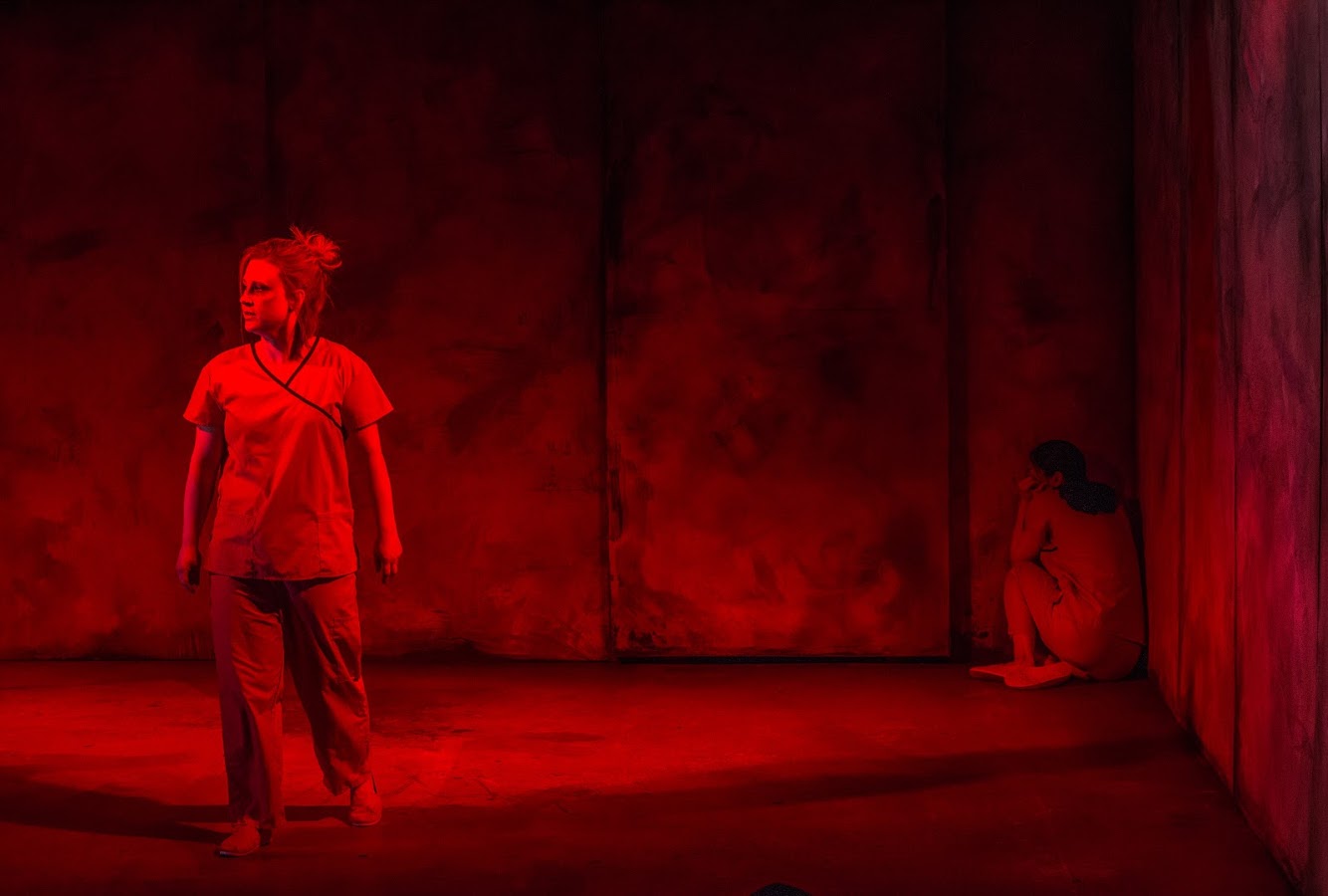 There’s a lot of theater happening in Chicago right now. An overwhelming amount. So many openings in October, in fact, that covering them all has proved almost impossible for any one publication. With so many options, so much talent blossoming in every direction, the idea of choosing one not-to-miss show seems foolhardy. Call me a fool: ”In the Canyon” is it.

Split into five parts across sixty or so years, “In the Canyon” is a thought exercise in what our country could easily become as the rights of folks with uteruses are stripped away in favor of conservative philosophies about abortion. To some, Calamity West’s beautiful script might be disquieting or disturbing, but those of us whose rights are at risk might find it comforting, as I did. I believe that most of us with a uterus have thought this through already, have considered what the world could look like if the current movement to roll back Roe v. Wade is successful. It was affirming to see my fears laid out on stage. It made me feel less insane.

The brilliance in her script is how West talks about choice and regret. There’s no indulging in the fallacy that all folks who’ve had an abortion regret it. “I don’t regret anything,” is a common mantra throughout. And choice is discussed as the choice to live the life the characters want, to have children or not have children, if and when they are ready, to not allow circumstances to destroy their own futures.

“All of this matters. And none of this matters,” is another common mantra, a perfect metaphor for the abortion debate. Abortions have occurred throughout all of human history. Legal or illegal, they occur, and banning or criminalizing them results only in creating an environment where the safety of those seeking them cannot be guaranteed or regulated. Whether the anti-choice folks win their morality war or not, abortions will occur. All of it matters. But none of it matters.

Coming close on the heels of last season’s closer “The Light Fantastic” and featuring some of the same cast members, “In the Canyon” is an unapologetically Jackalope-ian show. From West’s words and Elly Green’s direction to the precise and thoughtful acting from the entire ensemble, the scenic design (William Boles), which is at once complex and beautifully simple, and the projections and sound (Shain Longbehn) that set the tone and feel for each section, “In the Canyon” is iconic. It is a definitive example of the bold new work we have come to expect from Jackalope Theatre. (Emma Couling)