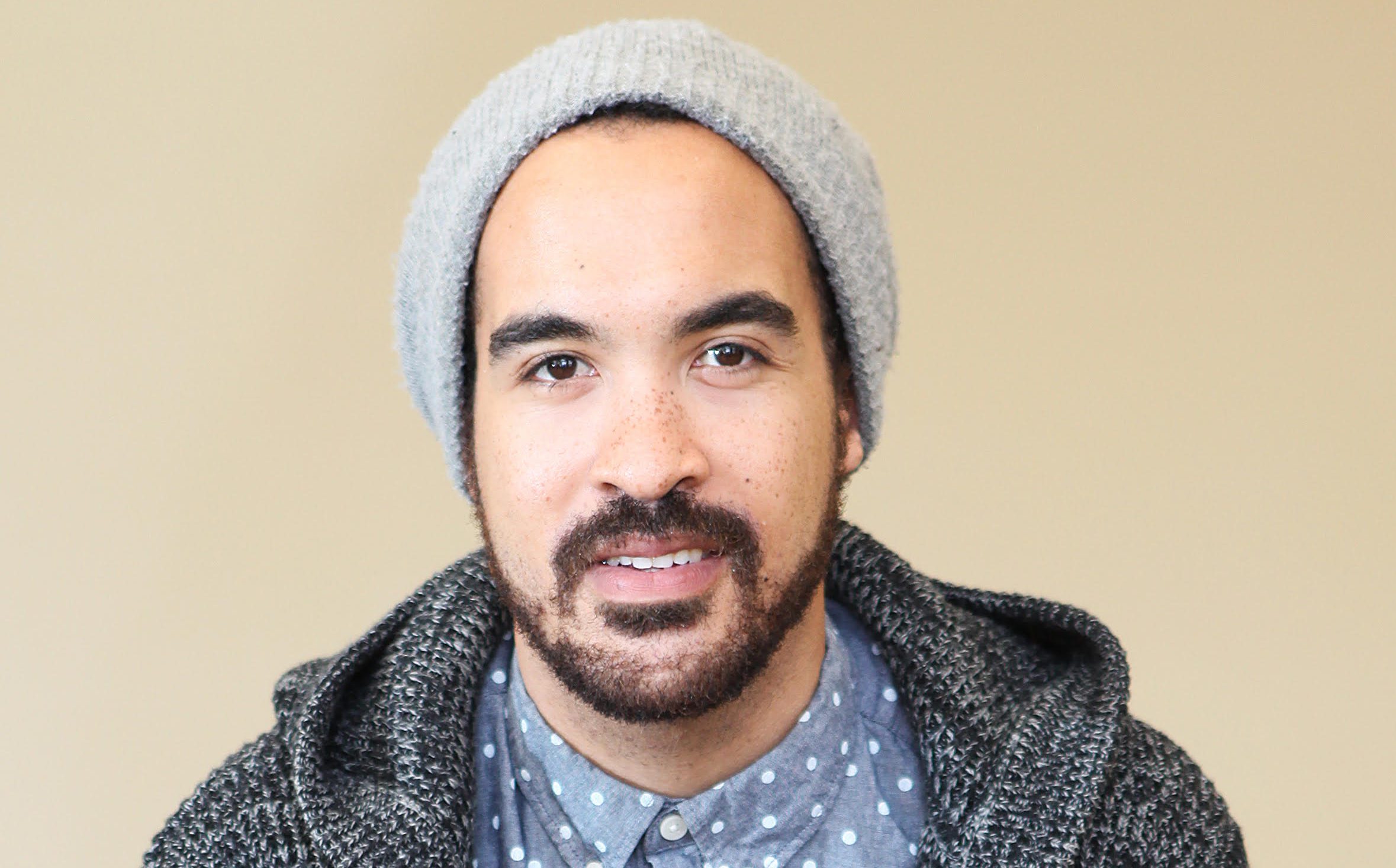 Up-and-coming director Mikael Burke has arrived with a flurry of activity. Though he has not yet finished with his MFA at DePaul University, he has already been named the first-ever artistic fellow at Northlight Theatre. Additionally, he is directing not one, but two shows this month: “Hooded, Or Being Black For Dummies” at First Floor Theater and “This Bitter Earth” at About Face Theatre. The shows use inter- and intra-racial dynamics to engage with the idea of what it means to be black in the twenty-first century. Given his demanding but satisfying schedule, Mikael generously found time to talk with Newcity about art, education and having hope in a dark timeline.

Stories and narratives define us. As a queer black man, I so often find myself at odds with society’s narrative of who I can or cannot be. But I believe changing the world is as simple as changing the story. It is my mission as a director and creator to make theater that brings the experiences of the marginalized, the disenfranchised, the othered, to the foreground. I make plays that are vivid and surprising and complex, like the characters inside them and the world they reflect. The stories that fascinate me are those of people like myself, navigating and overcoming the visible and invisible systems designed to keep so many of us down. I tell stories to rewrite the story being told. Every play gives us a glimpse into someone else’s life as they undergo and move through some big change or personal shift. We get to experience their journey alongside them, all the while asking ourselves, “Would I behave the same way if it were me?” We watch and wonder why people do what they do. This is why theater is able to change minds and alter hearts. When we come to the theater, we find ourselves stepping into one another’s shoes and we walk in them for a spell. We open ourselves to another’s perspective and experience, while broadening/deepening/challenging our own, ultimately proving that despite our perceived differences and our many truths, we are all simply and fallibly human.

Art-making is subjective. There is no real right or wrong, the antithesis to the test-score-focused realm of “school.” For me, this is the importance of arts education. It is a place where process proves more important than product, where investigation, questioning and experimentation—true learning—really happens. Arts education instills in young people the confidence to develop, assert and defend their own ideas and opinions. And that confidence in themselves and their voice, in turn, enables them to readily face the vulnerability of risk and failure time and again. That ability to risk leads to creative thinking and problem-solving, generating innovation and the desire to question. That desire to question necessitates self-discipline and a command of one’s own practice and person. Students learn those same skills that will serve them throughout the rest of their lives regardless of their career path. All in all, when so much of the adult world refuses to acknowledge the ideas and opinions of young people, I believe arts education and the arts in general give young people the gift of their fullest selves and a platform on which to be heard and seen.

“Hooded” addresses themes of racial identity. Can you share with us your take on why this play is vital to the artistic and public conversation in this moment?

In turns both hilarious and deeply unsettling, this razor-sharp sitcom takes a hard look at a facet of the black experience not too often explored on stage: what is the right way to “be black.” Is it a cultural thing? An environmental thing? Or is it simply a matter of being? Ultimately though, the play demands that we look beyond those semantics to recognize the one glaring, unsettling truth about being black in this country: that at any moment, our lives can be stolen from us by some “well-meaning” citizen or officer, and the world just keeps on spinning. We fall in love with these characters, and we’re forced to watch them fall victim to the truth of this country’s relationship to black lives. The play is, unfortunately still extremely timely in content, consistently surprising in structure and style, and while laughs abound, we in the audience are forced to face our complicity head on.

I initially came to Chicago to get my MFA in directing from The Theatre School at DePaul University, but, education aside, I am continually struck by the vibrancy of this theater community, its tenacity in challenging and upending harmful, non-inclusive production practices, and for not only demanding but creating and fostering a theatrical landscape that is as rich, varied and multifaceted as the communities whom we reflect. It’s thrilling and heartening to be in this city working alongside such amazing talent as we remain at the forefront of this cultural sea change a long-time-coming.

What’s next? What are your dreams and wishes for the future?

I love to say I’m living the dream because I am doing what I love. I’m directing plays and I’m teaching my art. When I think about what the future may hold in store, I only wish for more of the same. Continued opportunities to make beautiful, provocative theater and spaces to offer that gift to the next generation of artists and makers.

What’s giving you hope in this tough political time?

We are in a dark timeline, and sometimes it’s difficult for me to see the light for all the dark. But what continues to give me hope is seeing the work being produced in this town, the questions that we are asking our audiences to grapple with, and the community of visibility and respect that we uphold. A single play may not change the world but it may change a life, and what is the world but many, many lives?