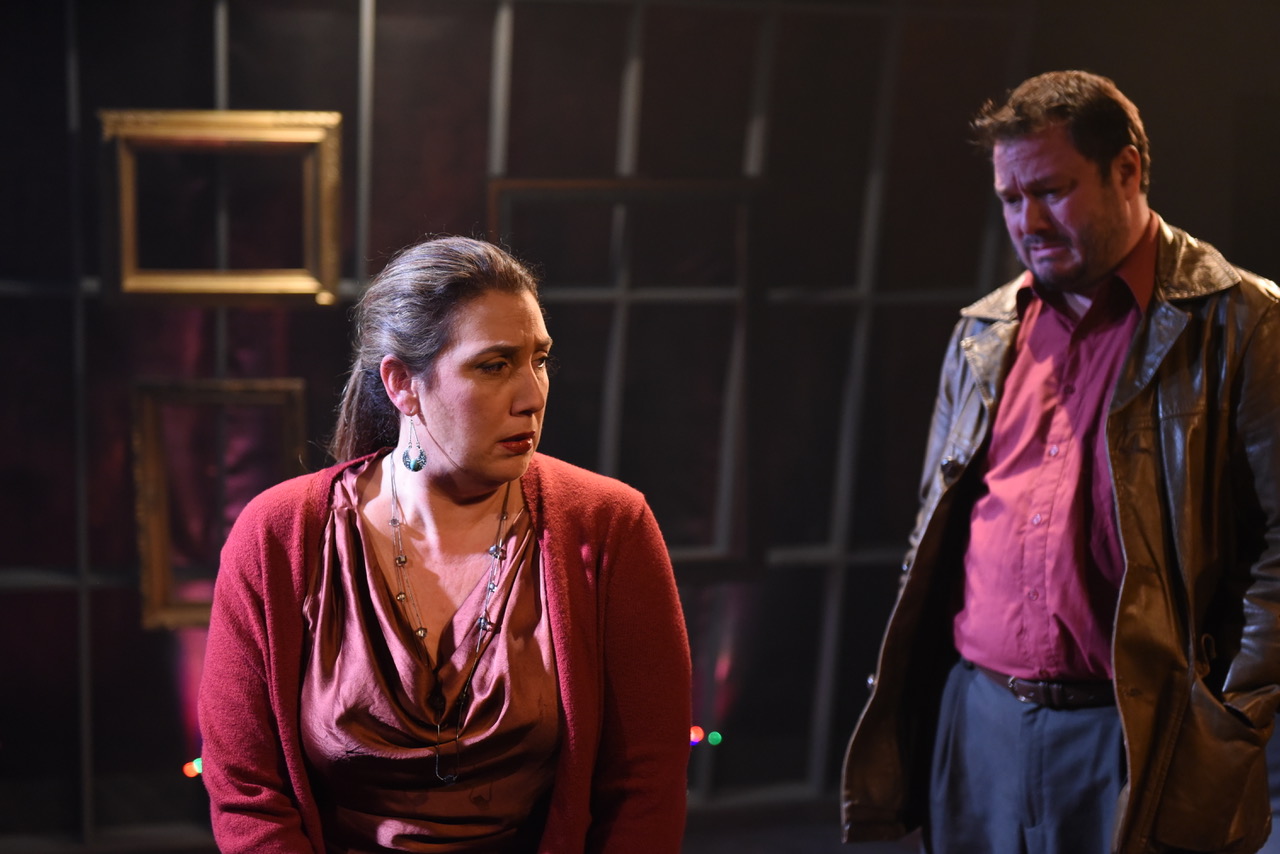 I am a sucker for hard-edged noir cinema and theater, which makes me an easy mark for Manny Tamayo’s “The Darkness After Dawn.” Operating with swagger, the Chicago-centric plot unsettles from the very first scene: blood pooling at the feet of a homeowner while she struggles to explain to a skeptical police officer why she had to stab a home invader to death. She is taken to a police station where she is threatened with a bogus drug conviction unless she is able to come up with the money her dead husband may or may not have stolen from a couple of bad guys. Complicating matters are the innocent children who seem fated to suffer the pain their parents have put into motion.

The linchpins of this production are Blake Dalzin (as a corrupt cop feeding on his own desperation) and Allison Cain (the not-so-innocent babe-in-the-woods determined to fend him off). Perfectly cast, they slowly establish themselves as wary warriors who lie to themselves and others as a necessary act of survival. Convincing also are Samantha Newcomb (a sassy but innocent college student), Bradford Stevens (a detective right out of central casting) and Jose Cervantes (a sinister thug). Under director Mandy Walsh, the ensemble orbits one another in a building frenzy until finally climaxing in a brutal act of violence.

The irony here is that however violent this production is (and it is violent; those in the front row run the risk of being splashed with fake blood) it seems quaint in comparison to the actual corruption and violence afflicting Chicago. Unlike the real world, a safe distance exists here between the actors and the spectators. (Noel Schecter)