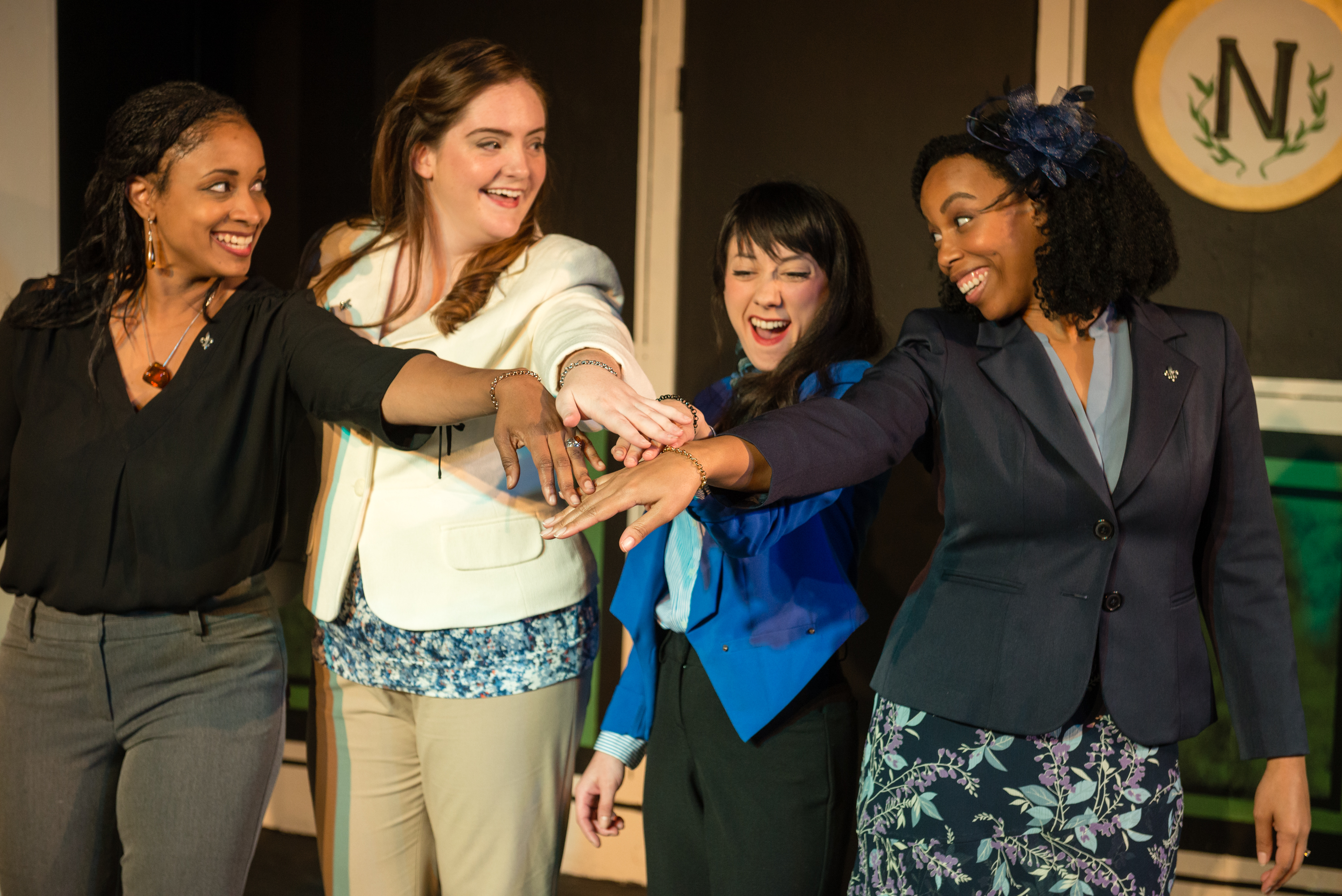 Hidden somewhere beneath the bloated, dragging, dangerously-close-to-three-hour running time of Invictus Theatre Company’s “Love’s Labour’s Lost” is an enjoyable, jolly ninety or so minutes of hilarious, well-crafted Shakespearean storefront comedy, well-suited for a Chicago autumn evening. Instead, within the confines of a text in desperate need of lengthy cuts, we find ourselves left with trace examples of what can only be described as Shakespeare Gone Wrong.

The worst examples of this appear in the form of:

The central plot of “Love’s Labour’s Lost” is about four young men who vow to swear off women for three years so they can focus their energies on studying and becoming learned men. But when four young women enter their midst, they realize the folly of their ways and attempt to woo these women before it is too late. There is surely something to be explored in a 2018 production of “Love’s Labour’s Lost,” with its satirical lens of academia, especially the chance for commentary on the idiocy of men valuing “logic” and “debate” over true human interaction. Alas, such contemporary comparison is avoided here.

Among the sixteen members of the cast crammed into The Frontier, there are worthwhile performances to hold your attention. Rachael Soglin’s Rosaline brings a spark of comic energy to the proceedings whenever she’s onstage. Martin Diaz-Valdes’ Don Armado is reminiscent of a character Will Ferrell might have played in a sketch in the ten-to-one slot on Saturday Night Live. And once he begins to dig into his “lose our oaths to find ourselves” speech, Charles Askenaizer’s Berowne commands the stage like no other.

Early on, a silent sequence emerges of our four young male protagonists, all attempting to make a show of their intellectual study, producing high comedy out of pretending to read their dense academic manuals. Flipping pages with grandiose gesture, sighing great sighs to appear more intelligent than they really are. It is a truly rip-roaring sequence, but all at once a stark omen for things to come. For what’s to be made of a production of Shakespeare where the most engaging moments are those where Shakespeare’s words aren’t even spoken at all? (Ben Kaye)