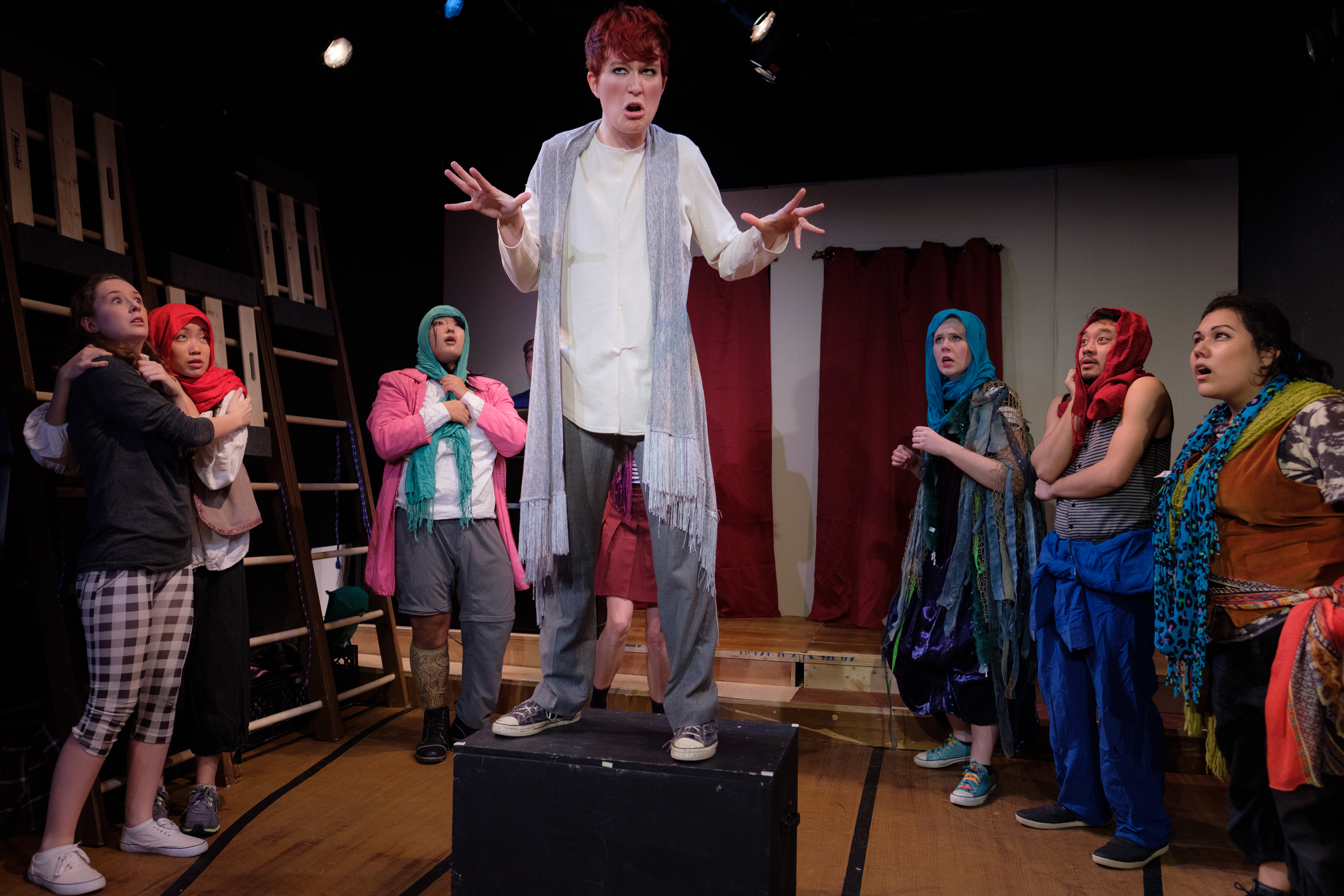 Remember when Carol Burnett descended the staircase in the curtains and their rods as Scarlett O’Hara on “The Carol Burnett Show”? Well, Carol Burnett isn’t in “Moby Dick! The Musical,” but if that skit made you laugh until you snorted beer cheese, the latest version of what was once called “Moby Dick: A Whale of a Tale” might just be your idea of Friday night.

Authors Robert Longden and Hereward Kaye’s lampooning, harpoon of an operetta-ish sketch was born in England in 1990 and quickly developed a following among university students. Rife with camp and her favorite cousin, buggery, the spoof premiered here in 1993. A lot of British references and burlesque barnacles were scrubbed off the hull for the 2003 American version, and her ship continues to sail into regional theaters. Who can resist a pantomime dame? With sailors? And her own whale?

TCTP’s production boasts a cast of nine, gyrating and jostling to the just-right choreography, which I attribute to director Donald Kolakowski, with musical director Anthony Benz whaling on the ivories. The show’s flimsy conceit is a financially floundering girl’s school putting on a new musical to raise funds.

Peter Ruger gives a blowsy performance as the headmistress who casts herself as Ahab. His fine voice will ring to full advantage after the upper-respiratory funk passes, which he sang through on the night I saw the show. As Ishmael, Allison Ristaino conjures up a young Gilda Radner. As Ahab’s wife, Alexandra Cross gives the finest comic performance in the show. Cross knows that pacing lies in the silences as well as in the lines. As the cabin boy Pip, Hannah Mary Simpson sports a warm singing voice that needs to be heard in Chicago’s bigger theaters.

Tim Conway wouldn’t have broken character during these shenanigans, but then of course he rarely did. Renowned corpser Harvey Korman wouldn’t have been able to hold his water. (Aaron Hunt)