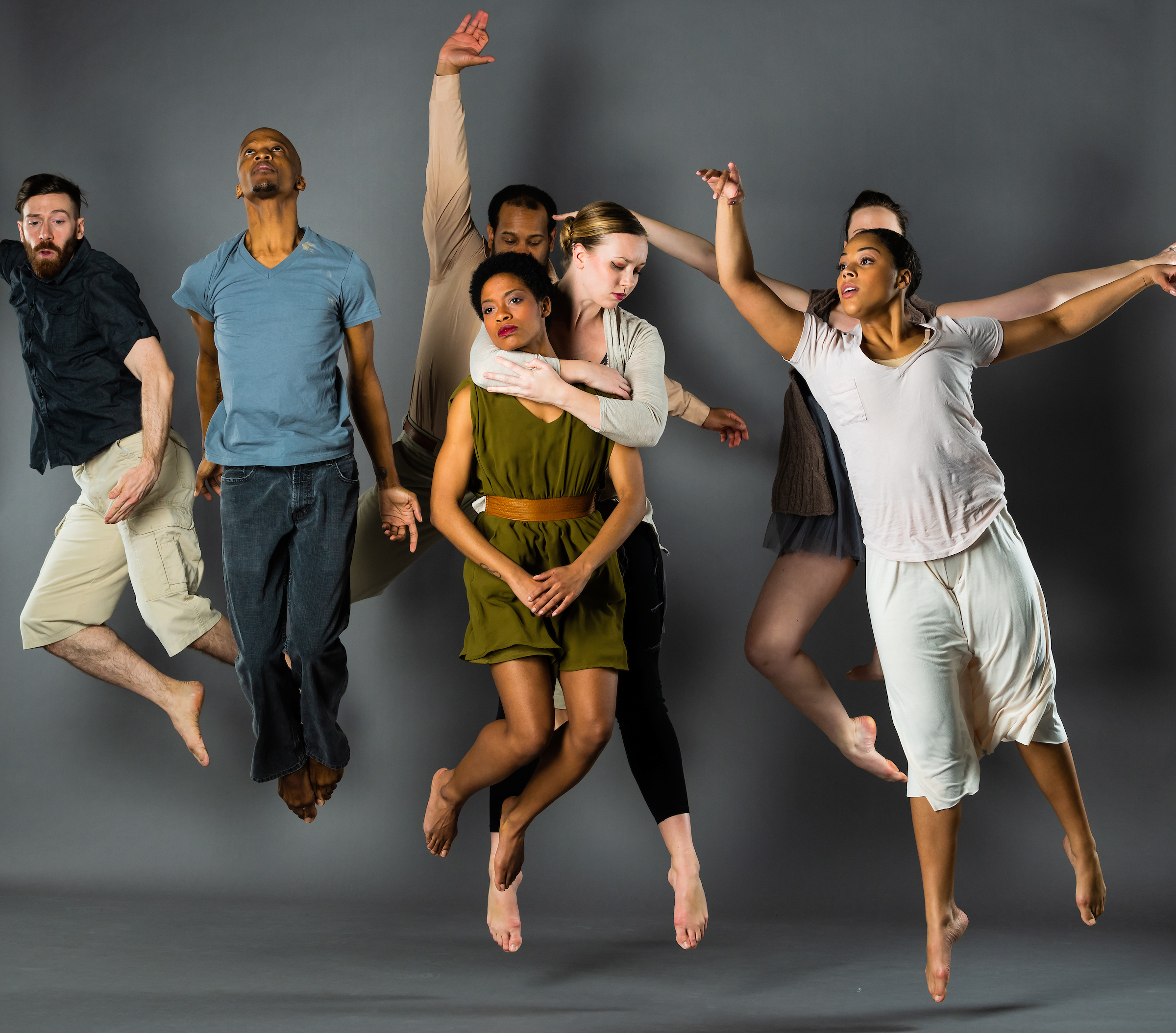 Like so many performances, the idea came out of conversation, this time between a mentor and a young artist. Winifred Haun, who has been making dances for her eponymous company for twenty years, was talking with her young assistant artistic director Solomon Bowser about ideas coming up in and outside his college classrooms. “We talked about Treyvon Martin and I remember him asking me, ‘Wini, do you believe in white privilege?'” Haun says. “I replied, ‘Well, yes. It’s not so much about belief. It’s a fact.’  About two years ago he wanted to start making work about it.” Bowser first worked in open rehearsals with Winifred Haun & Dancers, then began developing, in collaboration with Haun, a piece for primetime. The result is “I am (not) this body,” which premieres at the Studebaker Theater in the Fine Arts building Saturday, November 3, alongside other short works. The dance examines how certain bodies are societally ascribed less value, or treated as invisible altogether.

“Being who we are, Solomon tackled issues related to black bodies and I tackled issues related to women’s bodies,” Haun tells me. “I worked with female dancers and the music I chose was written by women. We created four times the material than what will wind up in the piece, so a lot of the process was extracting things. In creating one section, I asked the dancers to pick one or two parts of their bodies they were dissatisfied with or felt they had to work on. That was really interesting. Women have strange ideas about their bodies; we’re surrounded by it and we internalize it and it shows on our bodies.”

The show is one-night only, but Haun has plans for future iterations. “I’d like to do a version with artists with disabilities and with teens. There are things that come into being for young people as they change. I see it with my daughters. They’re still children and society starts treating them as though they’re women. They have a lot to navigate.” (Sharon Hoyer)